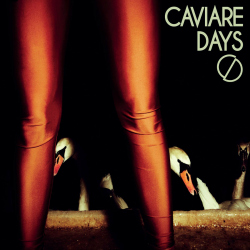 Lina: The Awakening is the first song we ever produced. Me and Maja were hanging out with Jorge Elbrecht at his home studio in Chelsea, New York. We had a demo of the song with nothing but acoustic guitar and harmonies. There was no specific sound vision. When Jorge picked up the 12 string Rickenbacker guitar and played along, we knew it was a perfect match. We started from there, adding any sound that felt spot-on relevant. After 3 days we had our first single and our sound figured out. We were riding the night bus back to Brooklyn with the bounce in our iPods, and were blown away by what we had just created!

Maja: Oh so is a song about being a cynic and realising you end up very lonely by pointing out other people’s flaws. But it’s just as much about a cynic who despises herself, as it is about a cynic who is defending her position.

Musically, it has a 5/4 tempo, creating a loopy kind of feel to the song, which is also strengthened by the use of assonance; the word ‘o’ is repeated (“…I just see it so, /…/, like a virtuoso,/But sometimes it’s oh so, lonely, oh so, pointless, oh- so won’t you show me where, won’t you let me hear, how your roses grow..”) etc.

Lina: We produced this one in New York as well. I remember that we got stuck somewhere in the middle of the song and needed a break. Me, Maja and Jorge went to Chelsea Market to have macchiatos and brownies. They were decorating the place with spider web, ghosts and witches because Halloween was coming up. We got inspired and went back to the studio to add ghostly backing vocals, chain sounds, a spooky flute mellotron and a edgy guitar solo. The acoustic guitar we used, was handmade by Jorges great grandfather from Costa Rica. It certainly added a odd familiar touch to the song.

Maja: Fresh Tomatoes is a punkier song gone folk-pop and is about flesh. Lyrically, it rides on a whirlwind of alliteration (“Sunny morning and the subway runs,/../Step inside, beside a man in a suit, see him stare…) and some weird Zappa-esque metaphors ( “my split ends fall down like dead mosquitoes, /…/your words came out like fridge door poetry,..”). These tricks help to mask the fact that you’re really conveying, that you have to use other methods to get somewhere in a city like New York where competition is higher and life’s harsher in general. Not full-on prostitution, but a kind of subservience to the people above you in the hierarchy.

Lina: We recorded Fresh Tomatoes with Mats Björke in Mando Diao’s studio in the outskirts of Stockholm. I was very sick at the moment. Somehow the sound also got fever. There are a lot of hidden sounds in this song, very psychedelic in that sense. You can hear them if you listen with an open soul.

Maja: Speed of Sound came together very strangely, by puzzling a pile of loose musical ideas together. It’s about the stupidity of mankind and its priorities, how we invent items that are supposed to make us feel secure, but on the whole, violence is still carried out as much as any other daily routine such as drying our sheets. It’s about seeing the media portray decay on a global scale, and when realising the width of these disasters, the only way out is escapism through music.

Lina: The melody of the chorus was the first melody me and Maja ever wrote together. It was sometime during summer in 2008. I was lying in the sun, reading some lyrics that Maja had written and got the melody into my head. We somehow worked from there. But at this time, we didn’t know that we would form a band later on. Two years later we reworked the whole idea – as band members – with Speed of Sound as a result.

Lina: This is the third song we produced together with Jorge. We started a few days before Halloween. By this time we had a studio routine: Woke up to eat leftovers (we didn’t have ANY money and our Brooklyn roomies left us leftover food to share), arrived at Jorge’s in the afternoon to make music until midnight, and always ended up at the Beatrice Inn to party all night long on free drinks and oranges.

We added the last effects on Halloween night. After the final bounce, we dressed up in costumes and went out to party like maniacs all over New York, ending up at the freak show at the Box. We played the song at an afterparty at the Mercer and mastering engineer Frank Arkwright just happened to be there. He works at Abbey Road Studios and he is the reason why we mastered the whole album there later on.

Maja: High is a tragic-romantic song; about a dream-like, unrequited love story where communication is only possible through codes, in another dimension only accessible through entering a hazy state. (“Talk to me in colours of crimson and blue, in hues and shade, a haze where we come true”). When crimson blends with blue, a dark kind of purple evolves and drags you into a world that is familiar, enlightening, and very dangerous.

Lina: Musically we wanted to create a feeling coherent with the lyrics. It starts in a very dreamy, foggy place. From far away you can hear someone playing an old pump organ. It’s mysterious and a little sad. The sound becomes clearer and clearer and all of a sudden there’s an explosion of instruments with trumpet in focus. It’s like an awakening. Or a dream. The song ends by moving away from that fiesta of sound into a hazier place. But the feeling at the end is less lonely than in the beginning.

Maja: There is plenty of madness and revenge lust in Shut The Door, aimed at people (men) living a kind of double life. Lyrically, it is zooming in on infidelity but on a cryptic level, where the “cleaning lady” is not really a cleaning lady, etc. It’s about a woman raging against a man, while at the same time lusting for him.

Lina: Shut The Door boasts a flute solo that we’re really proud of, performed by our friend Maja Agnevik. There’s an undeniable groove to flute solos.

WHO DEPRIVED YOU OF YOUR SMILE

Maja: Just like Oh So, Who Deprived You Of Your Smile? is firing against cynical people that are taking freedom in criticizing you for personal reasons. It’s about stiff people that seem to be dead inside, hating on other people only to disappear from their own dull selves. Jealous people. It suggests, go try deal with your own mother and your issues with her, before projecting it elsewhere. Like Sigmund Freud would have suggested.

THE DREAM IS DYING

Lina: The Dream Is Dying is drenched in despair. It’s about relying on a person strongly and then realising that it’s all fantasies; as if all of you dies with that other person gone, real or imagined. We rarely perform this song as it’s quite different from the others, but when we do it’s much appreciated just because of that fact. It manifests another side of Caviare Days musically, as well as emotionally.

WHEN THE LIGHT IS BREAKING

Lina: When The Light Is Breaking is a romantic song about what happens when spring arrives. In Scandinavia, winter is usually harsh, so when the sun comes, we behave like madmen. Strong feelings feel stronger, and Love is more grandiose than ever.

Maja: When The Light Is Breaking was recorded in spring 2011 in Mando Diao’s then Studio de la Santa, with the help of Carl Ekerstam on guitar, and is one of the first songs Lina , Maja and Mats made entirely together. During the summer of 2011, it caught the attention of Ebbot Lundberg of The Soundtrack Of Our Lives, which then went on and created another version of the song.