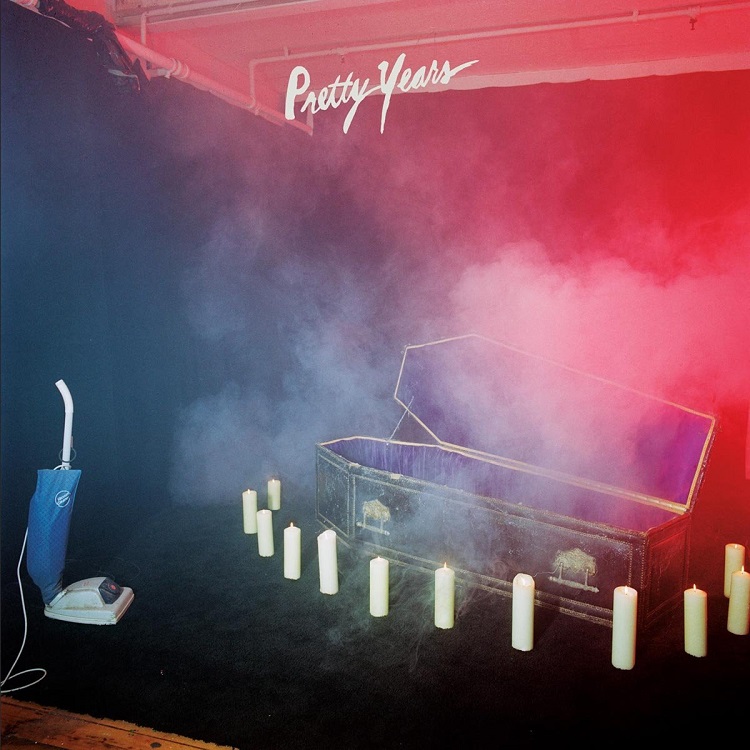 By January 2016 we had most of the songs together, but I felt that we were missing a definite album opener. Each of our previous LPs began with songs that couldn’t be sequenced anywhere else but first. So, I wrote a riff that felt really good to play and the full band arrangement took shape almost without any discussion of what it should be. It just happened completely naturally and it’s still the song we begin our rehearsals with. I coupled that with some tender lyrics about a beautiful evening my girlfriend and I spent in West Philly during a blizzard. While it was still daylight we walked a few blocks to her friend Kyle’s house where we spent the night listening to Galaxy 500 while the snow piled up outside. I was possibly more content that evening than I had been in my entire life. Later as we both fell asleep, all I could think about was how I wanted to take it with me forever.

This is a song of jubilation. I had never written an honest-to-goodness love song before this one, and I never thought that I would. Throughout my teen years and adult life, I was in a series of really toxic relationships plagued by jealousy and insecurity, but when I met my current girlfriend I knew that I had found someone who lifts me up, and who I lift up. Matt Whipple and I co-wrote the music together and we tried to make that joy evident in it. I’m personally very proud of this song.

This is a song of regret. I’ve always tended to write very poppy, bouncy music counterbalanced with dark lyrics (see: most of our catalog). I was thinking a lot about my late teen years, when I started playing out in little Jersey clubs like the Stone Pony and Asbury Lanes. The song exists in that landscape… Asbury Park, Ocean Grove… but the person I’m addressing is kind of a composite of all the people I’ve ever lost…various former bandmates and friends. These people aren’t necessarily dead (though some are), but they’re gone from my life.

This one is part love song, part drug song. It details a psychedelic experience that my girlfriend and I shared, sometime in the Spring before the band went to Texas to make Pretty Years. At some point during that experience, my girlfriend showed me some of her family’s home movies that they had digitized. Seeing her dancing as a tiny toddler as her father playedguitar forever changed the way I think about her. It’s hard to put into words. I imagined our „future home movies“. We both deal with extreme anxiety on a daily basis, and we found that in the days following that experience, the world seemed more tranquil and less threatening. I don’t want to get too hippy-dippy here…

This song is about resignation on a couple of levels. Touring the world comes with extreme physical and mental exhaustion, and the song articulates those feelings. Of getting home from a 10 week tour and only having the energy to park yourself in front of the TV. Nevermind seeing friends, or writing, or catching up on neglected correspondences. Its about narrowing the scope of your life as you get older. What did all the casual friendships really mean? It’s not completely hopeless though. It’s also about how the scope in your life can narrow in a good way as well…how, getting older, it becomes easier to discern what’s important, even something as mundane as a quiet night at home with someone you love. It’s a pretty universal sentiment.

This song is a burst of pure frustration. Until fairly recently I lived with my parents and grandparents on Staten Island. While I love my parents endlessly, it nearly drove me insane to tour for months and, at the age of 26, to have to return home to my childhood room, having barely made enough working to pay for a single month’s rent in Brooklyn.

While contemplating the plague of gun violence in America, I dug pretty deep into the past. I grew up in South Jersey; everyone I knew had a gun hidden somewhere in their house. I attended elementary school in the era following the mass shooting at Columbine high school in Colorado. The seed of the song came from an anecdote from that massacre, wherein the two shooters began asking students if they believed in God, then executing them based on their response. I was in the 5th grade when school shootings began happening on a regular basis. I think that feeling of never being able to feel safe, even in the safest of places, has haunted me through the rest of my life.

This is a song written during a pretty nasty bout of depression. „WELL“is a song of desperation, but the chorus is meant to be shouted by a bunch of sweaty people. I wanted to write some big, relatable lyrics about personal darkness and misery that could become transcendent when they’re screamed back by the audience. We’ve never played it live so I have no idea if it worked or not. Will report back.

With this song, I set out to say everything I hoped to say on our last record, only in a single song. I wrote it in late September 2015, after celebrating my deceased friend’s birthday with his parents and brother. I had this concept I wanted to execute, where I would be talking to someone for most of the song, and then it’s revealed that the person I’m talking to isn’t around. By the end, I’m asking the most basic universal question: „Where will it all go when I die?“, concluding „Never know while I’m alive.“