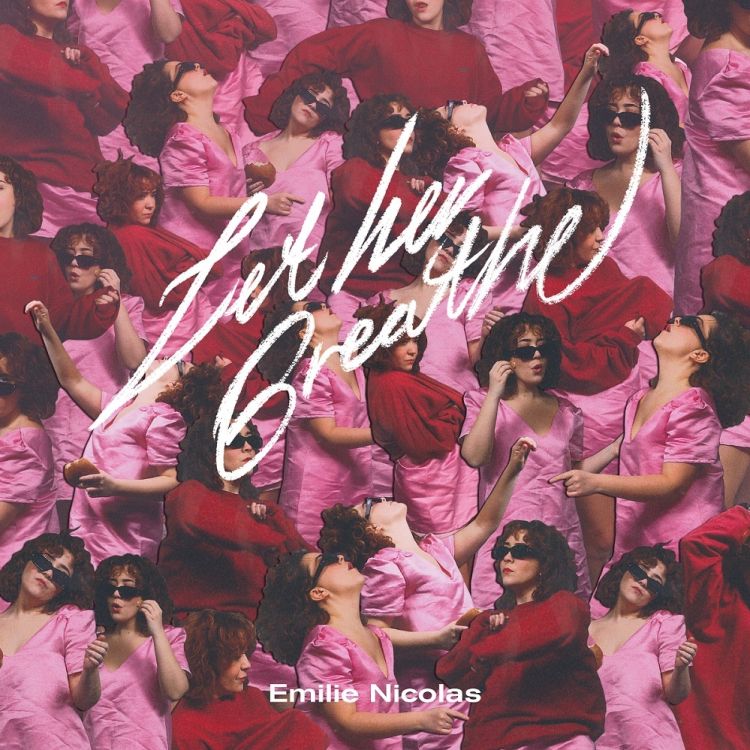 One of my favourites on this album. Its an improvisation between Nicolay Tangen Svennæs and me. The lyrics the melodies and the chords all happened in one take without planning anything before hand. We recorded it first in Sweden in the middle of no where and then recorded it again in our studio in Oslo. We kept it as it was played the first time just with a better microphone.

I really like this one and Im so happy that I was able to scribble down some french sentences and just went with it. It makes me wanna dance and after Omar Noir ( the man voice you hear) came and did his thing I was even more happier with it. Its a song about being a bit to much for the one you’re with. And how it looks like from the outside. A tsunami.

I was on my way home from the studio one day and on my way home I wrote the lyrics to this one. Went back the same day and recorded it with Nicolay Tangen Svennæs and my other producer Ole Torjus Hofvind. An easy and fun way to make a song not overthinking or second-guessing ourselves. FUN!

I love playing this song live. Its about letting go of people you no longer can help. I always try to put some middle eastern touch to the vocals and I feel like I managed to do that here. And it also makes me wanna dance and move. And whats a better mix then dancing and crying at the same time? We call it emotional twerking.

I wrote this a while ago and played it to Thomas Kongshavn (my producer) when we already had enough songs, just to see if there was something we could use and he was pretty convinced that it needed to be on this record. Im so happy that it became a part of „Let her breathe.“ It means a lot to me and I loved making trumpet sounds with my voice. (lacht)

A song I made with just the lower strings on my nylon guitar at home. A bit heartbroken. That’s always a nice time to make songs. hehe. Its been through a lot of changes, different producers but I’m very happy about how it turned out. I’m proud of this one.

He pretends he loves me,“ kind of wraps up the story behind this song. The feeling of knowing it’s not going to go well but you keep on with your eyes closed. I like how it has a up beat feel to it but the lyrics are actually not that happy. That’s a duality I love working with.

Recorded this at home with a pretty crappy synthesizer and we kind of loved it so I brought it to the studio and we recorded it there. Its just a little song to remind you that some people will not notice you or stay with you and instead of feeling sad about it just think of them as fools.

Maybe the most important song on this record (for me personally). I made the chorus a long time ago and finished the rest of the song last year when my band and I where going on tour and had a special concert with a few written pieces just for that one show. Sometimes I wright songs that years later means so much more then they first did and I understand my own lyrics more then when I first wrote it. This is one of those songs.

Just a love song to my boyfriend. No pain or heartaches. Its called first love song cause it’s the first time theres not a twist at the end or a sad chorus. haha. I ‚ve been afraid of writing something like this because what if it doesn’t work out? So it better work out this time :) You can also hear my boyfriends voice at the beginning of the song. An old recording from when we started dating a few years back. Is it to much? Yes. But I kind of love it.

I was touring last fall around Norway and one of the shows were at this beautiful place on the west coast. Just a few old houses, a white beach and the sea. Some cows where sleeping outside under the stars and I recorded on my phone “ all the animals have fallen asleep outside.“ I didn’t know what to do with it but when I got back in the studio we started working on it. We added the last part of the song where the orchestra comes in. Fun fact: One of our friends was in Bratislava and asked if we needed any orchestra on our record. We said yes and The Bratislava Orchestra recorded a beautiful piece for us to this song. Almost to good to be true. (lacht)