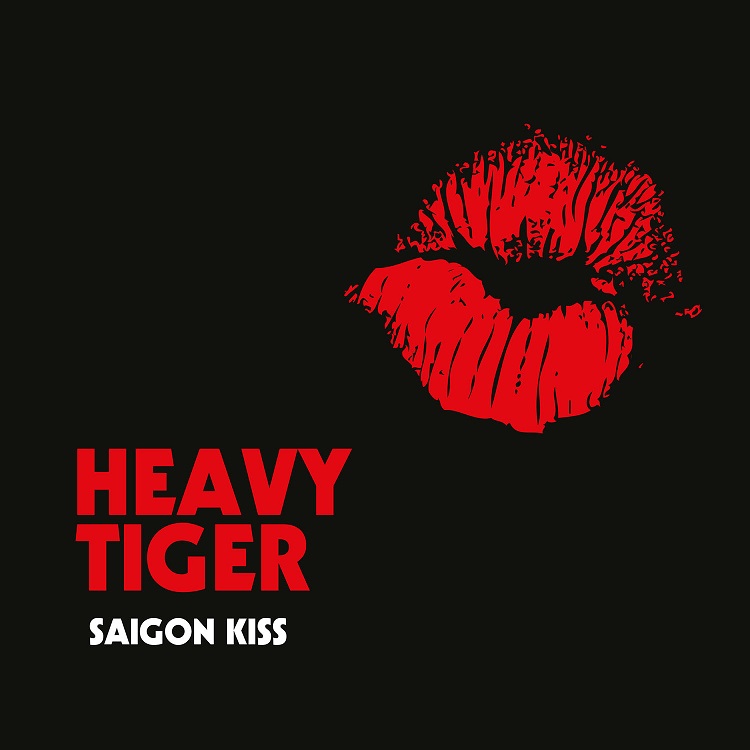 Saigon Kiss is not only a killer song, but also a kick ass album title! We wanted a strong album title that was easy to remember and that sounded good. When we had decided to go with “Saigon Kiss” we pretty soon came up with more or less the idea that ended up as cover. We wanted a strong album cover as well. One that is both good looking and instantly recognizable at the same time. Like if you had some hundred of records scattered all around the floor, ours should be one of the first you’d notice. We also wanted a simplicity colorwise. If one record should be mentioned as inspiration it’s Thin Lizzy’s “Bad Reputation”.

We don’t belive that lyrics are supposed to be analyzed in detail. Especially not by the artist herself. The listener should make her/his own interpretation of the songs. In that way there is an interaction between the artist and listener. Furthermore, together with the music the lyrics make a whole, they are not supposed to be separated. You don’t want to mess with that.

But generally speaking you sometimes have an idea of something you want to say, like share a feeling or make a statement. Other times you may have a phrase you like and some more or less unconscious vibe to it and you just follow that vibe to explore it, see what unfolds. The result may be completely different from what you first expected. And like said, the music and lyrics goes hand in hand. When you got it all right you just know it. It’s like yeah this was the song waiting to bloom, more than this is what I came up with. You just assisted it in revealing itself. That’s an exciting feeling. It’s magic. That’s pretty much what happened with Chinatown.

With this song we’ve tried to explain the feeling of being absorbed in the moment while playing music. Nothing else matters. All that matters is the music and your feelings, right there and then.

When we chose songs for the Saigon Kiss album this song nearly didn’t make it. We didn’t think it was good enough, but as we got closer to the recording session we eventually managed to re-arrange it and became very satisfied with it. And now, it seems to be one of the most appreciated songs of the album. We’re really happy that Seven Days Fool made the cut in the end.

This is a Heavy Tiger song from our early days, and therefore it has appeared in many different shapes. It has had various intros and riffs but finally ended up like this. It’s one of those songs that we have played on almost every single Heavy Tiger gig. Still going strong!

Robber of Love didn’t quite turn out to be as planned. We were trying to write a real rock ballad but it finally turned out to be mid-tempo and soft in a kind of Ramones-way. The song was written while we were on vacation together, on a warm and sunny summer day.

This song is a fucking statement. We often get questions about how it is to be a girl in the rock business and why we play rock n roll and all kinds of crap. Rock is not about girl or boy. It’s all about heart and soul!

This is also a song about girl power. We need to see more female musicians and this is an encouragement for girls to pick up a guitar and start rockin. See you out there, sisters!

TALK OF THE TOWN

We wrote this song when we first felt that things around the band were starting to hit it off. People in the music business had heard of us and we started to get a heavy rep. We were the talk of the town.