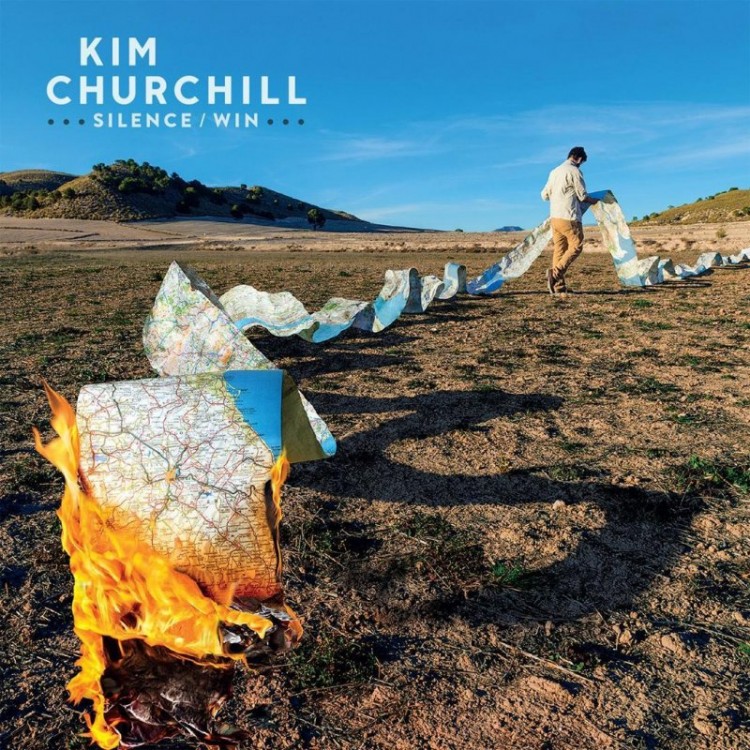 Working with Warne Livesey on that record was awesome! It was because of what he’d done in the past I just handed him all the songs and said “make them whatever you want!”. I’d never done that before. I was always very controlling, but it was liberating to work with him. He tweaked things and all of a sudden I liked my art more than I’ve ever liked it before. (laughs) He made it so much better. And where we were, on Vancouver Island in the Canadian rainforest, it was a magical week. I was surfing every day and it was truly one of the best times of my life. There was so much more room inside of me to focus on the performance and the words.

It was the first time I started writing songs in a different way. As I was writing this song, I had no idea what it was about or what I meant. And it was kind of scary because I was singing to somebody but I didn’t know who I was singing to or what I was even trying to say. About a year and a half later I realised that I was singing to my future self. All of a sudden it made so much sense– maybe in coincidence. And so I write like that a lot. I push record, I start playing and I just sing. I don’t think any of it is visionary. (laughs)

WINDOW TO THE SKY

My friend Felix lives in Montreal and I was writing the album there after I was in Mexico. I was living in this cave in the bottom of the house. The walls were made of dirt and there was a well. It was weird! Anyway, do you know the moment when life gets the better of you and you’re like “phew!”? But then Felix and his roommates were working everyday and I decided I was gonna clean up the house for them because it was always a mess. They were so happy when they got back and I realised it was like the best I felt in months. More than anything it was because I was feeling like shit but I was doing it for them, so I stopped thinking about myself. They were the window to the sky.

It’s definitely the explosive one, isn’t it? “Fear The Fire” is about ambition. It feels like fire inside of myself and passionate to create more powerful music. I’m sure everybody has that fire for certain things in their life, but I find it quite scary because when you’re caught up in it, people become secondary because you’re so focused and you start to use things, people, environments and emotions to get what you want. It’s a beast to live with. That’s just a song about that and me figuring out that it’s fine to be ambitious but there needs to be a consciousness of it.

ONLY TIME CAN TAKE YOU ON

I went to Mexico because I thought the best way to write my songs would be to get away from everything that I know. Some place where there’s good surf and nobody else around; where they speak another language so I can’t interact too much. After two weeks I started to go crazy. I was feeling so incredibly alone. I couldn’t imagine how alone I could feel. It was the feeling of knowing that the only thing I had was time. I just had to wait. I felt confidence knowing that it’s okay because soon there’ll be other people and things will always move on.

DON’T LEAVE YOUR LIFE TOO LONG

I come from a small town called Merimbula. I bought my van, I built the bed at the back, I left on the road and it’s been four and a half years of living that way. I was living my dream every day and it went on and on and on. I became tired and bored with what I was doing and I started to find everything kind of monotonous. I began to complain about things more, I wasn’t as happy, I wasn’t appreciating people and things I received. And then I realised that I was being a total idiot and I left my life. It’s a reminder to be involved in every second of the life. I’m not very good at it yet, but I’ve recognized that it’s important.

I’d been through my second break-up in my life – hopefully my last. This was so horrible! I’m too sensitive to deal with it. My partner that I had broken up with became like infuriated and it was nothing. I hadn’t been unfaithful. It just wasn’t working. Her anger was like this beautiful big dragon but I wasn’t angry, so I was just watching this and it was so powerful. Even though it’s a negative emotion, I think rage is beautiful. It’s so fiery and alive and so I wanted to have a song about that.

There were a lot of things around me about that time which I grown uncomfortable with as I was saying in “Don’t Leave Your Life Too Long”. All of a sudden I realised that it was me that had to appreciate what was going on. It wasn’t that everything was wrong; I wasn’t actually appreciating it as I could be. And when I realised that, it felt like I fell through the canopy and I landed in the nature. And the break-up: I’m actually still with her today. (smiles) Two years later it worked out perfectly. It was about finding comfort in a situation that I really thought I wanted to be away from.

This is an interesting one! I was feeling very lost and I still do. (laughs) I always feel a bit lost, but I think there’s a very beautiful kind of mystery to be being lost and the journey to finding who you are. I was just appreciating the feeling of not knowing what will come next and not quite understanding what was happening. I was just sort enjoying it all. It was a positive look at being lost.

“Dying Sun #7” was very much about this relationship and I was really struggling. I felt like I needed to become free of it. But it was the first time that anything felt like home in years. Even when I was living with my Mom and Dad in Merimbula, the town didn’t really feel like home – it hadn’t for years and that’s why I left. Anyway, it was just a song about trying to understand that.

SOME DAYS THE RAIN MAY FALL

It’s basically just a song about accepting that things don’t always go the way you plan. It’s really depending on your attitude as to whether or not the different plan – whoever made that plan – is good or bad. It all came about because I had this huge show in Quebec We were going to play to 15 000 people with this guy called Jean Leloup and like “Wow, this is really important! It’s gonna be so good!”. And then it rained. Maybe there was like a hundred people with umbrellas and I realised I really had to work hard and be happy to have a good show. It just happens. It rains.