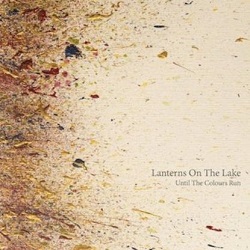 PG: This song is written one year before we recorded it. I think it was still on new years day – so new years day 2013. Hazel, our main singer sat down and learned how to play the piano in like a month or so. I have never seen anything like that before – and then, while she was learning how to play, this song like kinda popped out. All these chorus kinda popped out and then we did like a demo of this song and when we first made it, it didn’t sound like it is on the record now – it was really different. It was slow and quite relaxed – but then Hazel kinda built the song up and wrote the incredible words. Then later, when we got into the rehearsal room and played it as a band for the first time, it went from this first really quit song to this quite big ridiculous thing that it became – and now every time we play it, it starts to sound different. It’s more or less like a live take that song – its been changing every time and that’s quite interesting. Ya, that’s basically everything about our song ‘Elodie.’

PG: The Buffalo Days – Wow, that is even older. This song is something i’ve been messing around with. I’ve been listening to ‘The National’ a lot and i wanted to write a song that had like lots of calls in it. Just for fun really.. So i ended up coming with a really silly verse part – and it kinda remained as a demo for about a year. And then, when we started writing the album we just decided to try it in the rehearsal room. It’s also pretty much a live take from the new album. We just went and did it – it’s one of these songs, you know.. Only after we recorded it and heard it finished for the first time, we just thought *wow, this is actually pretty good!

THE GHOST THAT SLEEPS IN ME

PG: It’s the same with ‘The Ghost That Sleeps In Me’ – that could be taken in lots of different ways, but i think to that time there was a lot of talk about the music industry, small bands and what the future about the music industry was gonna be like and i never asked her but i think, there is a lot in that song where she talkes about that kind of things. When she sings ‘were a dying breed’ and all that kind of stuff…

UNTIL THE COLOURS RUN

PG: At that time, we felt that it was the biggest sounding song that we’ve written – that’s why it is the main title that represents the album. It’s quite a happy song – not the words, but the music is so powerful. We haven’t explored a lot of music like that it’s new for us – a lot of our music in the past was very melancholic.. And when we listened to this it was just different and almost like a dancing song. Tonight we will play a mix of both albums but mainly the new ones.

PG: The ‘Picture Show’ will be the fist song we’ll be playing tonight. That is a song that we’ve wrote in our rehearsal room. We kinda built it up – it really sounds like an old early 20th century song. I don’t know why but it really reminds me of the early days with black and white films… So i thinks when we recorded it, we had that in mind – that we wanted it to sound like it was recorded a hundred years ago. The music is quite different though. It’s just the feelings and the emotions you feel when you hear it.

ANOTHER TALE FROM ANOTHER ENGLISH TOWN

PG: So Hazel, our main singer writes all the lyrics. We don’t really ask her what their about, she doesn’t tell us so they’re quite personal to her. A lot of the lyrics on this album – when we first heard them we were quite surprised. The opening line of ANOTHER TALE FROM ANOTHER ENGLISH TOWN – it has got this beautiful, powerful start- and ya, the stuff that she is writing about, even though we didn’t get involved in it, when we’re hearing the lyrics, a lot of it seemed to be quite fitting in what was going on around us to that time…

PG: That was first called ‘The Telephone Song’ for a long time. I can’t remember why, let me think… Oh, no i know why… That was something i wrote in my house on my guitar. I was just playing and monkeying around and suddenly – i thought it sounded pretty nice so i got my Iphone and started recording and fixing it… So this was called ‘Telephone Song’ because it was on my telephone for month. But ‘The Telephone Song’ is a crappy name so we named it ‘The Cool Decay.’ Hazel wrote the lyrics for this and ‘The Cool Decay’ was a line in it – so we called it that way.