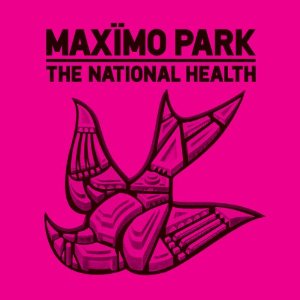 When I Was Wild

The curtain slowly raises on the album. It’s an album that starts with a question – the first of many – and is meant to lull the listener into a false sense of security before they experience the energy and intensity of the rest of the record.

Explosive and propulsive ode to frustration and economic hardship. Possibly the first song in history to name-check both Fellini and Houdini. There’s a bit of Sparks and a bit of Bob Mould in the music. The semi-humorous backing vocals were inspired by the commercial flop, ‘Don’t Stand Me Down’ by Dexy’s Midnight Runners.

Synth-tastic song that delves into the mysterious nature of an argument. The guitars get industrial and the drums get mechanical courtesy of pop producer Amir Amor who recorded them before Gil Norton provided the rock to Amir’s roll.

How do you write a song that’s epic without being cliched; that’s about ordinary life but which feels extraordinary? This is our attempt: an atmospheric song about going for a walk to ease your troubles after a storm. For German readers, it features the English vernacular phrase, “a lot on our plate”, which means “problems to deal with”.

This song is straight but somehow twisted. It showcases the interplay of the keyboard and the guitar in our band. All instruments (and people) in our band are equally important. The lyric is about someone showing you their diary, which is weird. The chorus is about leaving that person behind. Prefab Sprout fans should look out for a reference in the middle eight of the song.

When a song like this comes along that you really love and is simple to write, it gives you hope and confidence to finish the album. I didn’t think much about the words – the opening lyric is a strong image of two people lying next to each other and everything else seemed to flow in the same way that the music does. It reminds me of the Go-Betweens in the way it’s so lush and tender, but it’s super-melodic and still quite fast.

Until The Earth Would Open

An escapist song about driving into the distance and celebrating life since we’re all going to die anyway! The verse is quite funny, but the music in the chorus is rather melancholy so the lyrics get more poetic in the chorus to match that. There are echoes of The Smiths in the guitar riff and Archis’s funky bass-line is truly exceptional.

A barrage of words and sound betraying the theme of violence and the excuses and contradictions of aggressive behaviour. All is not well in the world and there are moments on this album that accept that and hopefully provoke the listener into thinking about darker issues and their solutions. This song conveys the everyday fear of walking the streets in the ‘wrong’ part of town.

This Is What Becomes Of The Brokenhearted

Universal truths mixed with personal despair, made anthemic by a truly uplifting piece of music that showcases Lukas Wooller at his best in both synth and piano departments. There are some great emotional builds in this song. It took a long time to write but, thankfully, I can’t hear any of that hard work in the seemingly effortless result!

Fun fact: The synth riff is actually the same one on Dunc’s demo, played by the man himself. We’ve learned more about recording over the years and feel confident about integrating things from earlier in the process into the final version. The song engages with the idea that we’re all selfish in some way, but this song asks for redemption too. Dead language alert! – this song features a Latin middle-eight from the philosophy of Thomas Hobbes.

I was thinking about Tom Petty and Eddie Cochran when I wrote this simple song. We had a break to pursue other interests before making the record and when we reconvened one of our goals was to be direct and follow our emotions, resulting in this ode to lust and late-night kisses.

A travelogue that basically says, ‘wish you were here’, this song is the quietest song we’ve ever put on an album. The chords in the verse were originally the middle-eight from a song I wrote for the last album (that never made it onto the final tracklisting). It goes to show that if an idea is worthy, it can re-appear at any moment, and this applies to our collaborative way of writing the songs. Max fact! – I make my debut on guitar for Maximo Park on this recording!

We wanted to finish the record with a bang and this song felt quintessentially Maximo Park. It’s about the need to help each other overcome our problems and about working together in an unequal and confusing world. In a way, you could apply that ethos to our band and I think when we play it live, the audience will see that togetherness.