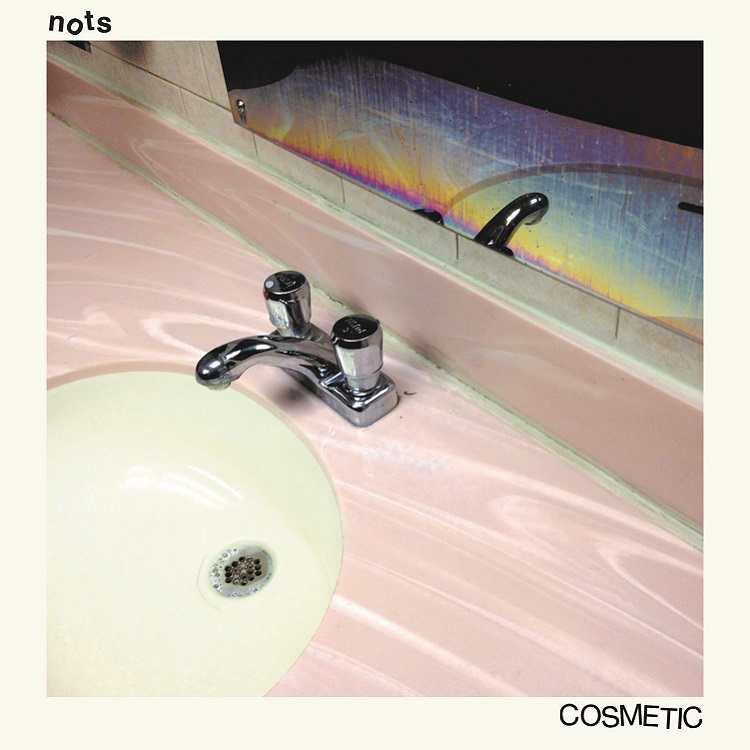 The photo on the cover of Cosmetic was taken in the middle of a tour, during a time when I knew I wanted to write a song called „Cosmetic“, and was constantly thinking about the word. We were in the middle of a sparse, numbing drive and we stopped at a small gas station. I opened the door to the restroom and was surprised by the strange and unsettling way the mirror and the sink looked together. The mirror distorted what it could reflect in such a desperate, almost desolate way next to the straightforward and common pink formica sink. A reflection-less void filled the corner of the mirror and a greasy inconsistent rainbow blended the predictable reflection into the distorted. This image – a mass manufactured to please pink sink up against a mirror losing its gloss and showing through to an altered reflection – interested me, but I couldn’t pinpoint why at the time. So I took one photo of the sink, got back into the van, and through the haze of touring, forgot about it. Only later when I was looking through my tour photos and working on album art did I realize the image had to be the cover. It served as such a concise visual metaphor for a reoccurring theme throughout the entire album: how perception, distortion and appearance rather than substance often become our accepted and seemingly unchangeable realities. It was a photograph depicting „Cosmetic.“