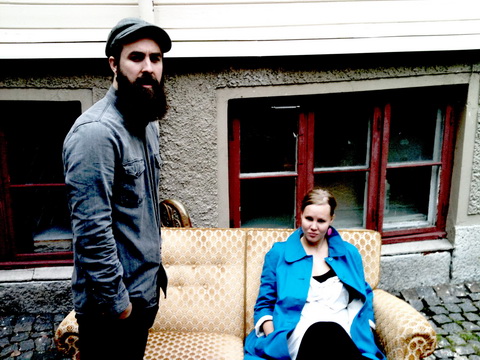 We would like to write you a few lines about NEXT STOP: HORIZON. That’s our band. Or the name of the little ship in which we sail. The band and us. We want you to know that we know exactly where we are going. The horizon.

We spent the whole winter that now lies behind us at our own recording studio in Gothenburg, recording the NEXT STOP: HORIZON debut album. We wanted to try out a few things that we had thought of for quite a while. We wanted to find new sounds. And old sounds. We wanted to create soundly images of who we were that specific winter. What we dreamed about. What we cared for. How we felt. Who we wanted to be. 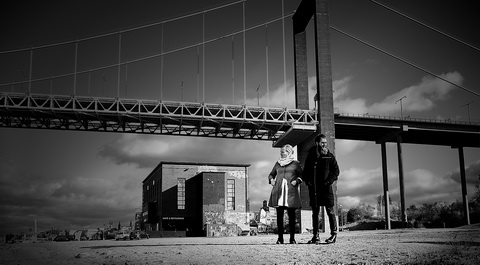 It’s all there, on the album. We recorded all the melodies we could hear in our heads and invited the finest musicians and friends we could think of to add their own feel and tiny fragments of their minds to it. On top of that we put a certain amount of snow and rain and wind, along with pictures of warmer places which we dreamed about. And echoes from lands so far away that no one can go there. It turned out to sound like music. Our music.

We hope that you will enjoy our album. And that you will let go, and let the music take you to places you haven’t been to before. We don’t have a clue what our next album will sound like. We just know that there will be one. We also hope to see you on tour this spring! 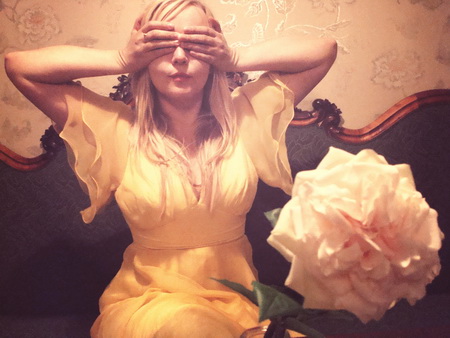 It is not easy to describe what HANNA & KERTTU is like or where they came from. Born somewhere between Finland and Norway, located in Berlin, at home in a world of colours. It might be two little kids in a dark scary forest, getting lost and playing soothing music in order to find the way out. Or some grown ups watching the fairytale in our reality… Their first songs were recorded in summer 2010 at Kaikustudios Berlin and Produced by Jonas Verwjinen (Norman Palm, LCMDF, Whitest Boy Alive). Currently they are working on their debut album.

No, you are not lost, as it suggests on their Myspace page. You are found! Also don’t be put off by the soubriqet in the myspace address. If you are expecting some sort of demonic thrash rock then move on, this is no place for you. If you want to hear four remarkable songs from a duo who create an almost minimal backing to a voice that contorts and cavorts about the vocals in a beautiful yet hermetically perilous way that brings to mind Nico, Buffy St. Marie and Siouxie (of The Banshees), then you have arrived at your destination. Despite the name Hanna grew up in Germany, although she has spent time in Finland and that melancholic, fatalistic approach to life shines through in the songs which detail Hanna’s constant journey between fact and fairytale.

‘Finnish Cars’ is a Suzanne Vega and Laurie Anderson mash up with a twinkly backing that wouldn’t be out of place in a Tibetan restaurant. ‘Hard To be Like You’ is a plaintive folksy song of the borders between love, hate, addiction, loathing and desire but still manages to leave us with just a sliver of a glimmer of hope. Vocally, it sounds like it wouldn’t be misplaced on a Florence & the Machine album as it chronicles a pain that even morphine would struggle to ameliorate. Crackling with emotion, ‘Drunken Dancers’ is soft, though with a heart of steel, and resonates with uncontrollable despair and reminds me of Soap & Skin (see edition 59). ‘Snow Stories’ is a simple story of imagined thoughts and reminds me of French artist Soko. At first I thought it was going to be a difficult choice to pick a favourite track as I like them all in their own way but as I had to choose then after repeated listening, there was only one I could choose, ‘Hard To be Like You’. (Paul Nixon)