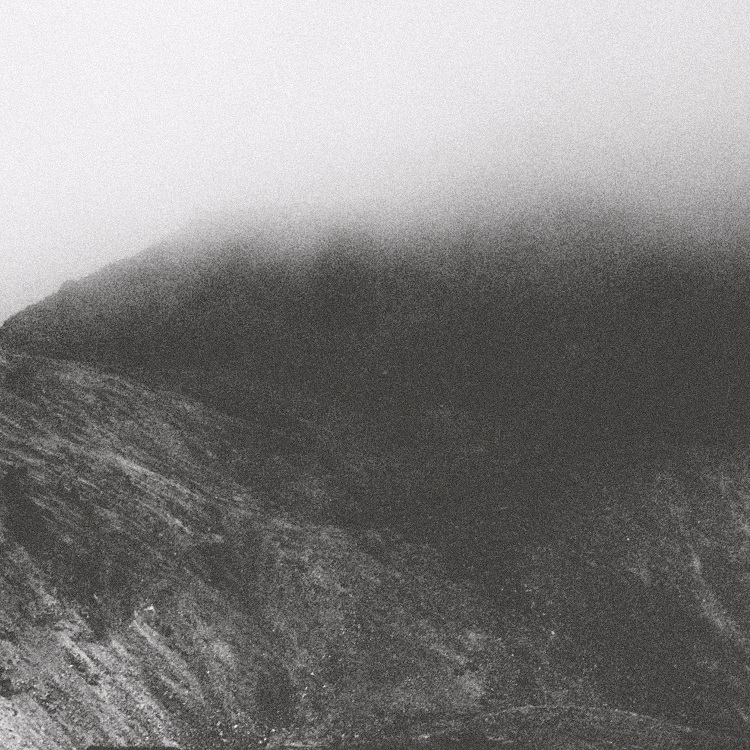 Musically-speaking, this track was originally inspired by the string sections on “El Cantante” (The Singer) by iconic Puerto Rican salsa singer Hector Lavoe. These are melodies we grew up with – living in the Caribbean island in the early 80’s – and stuck with us over time. A good counterpoint of elements un-related to drone or ambient music – certainly not European in origin (as it is expected in the genre). Thematically it relates to the concept of “Solastalgia,” something the people of Puerto Rico experienced in the aftermath of the devastating Hurricane Maria in 2017. We found it fitting to have vocal parts (sung by our dear friend and collaborator Leandro Fresco), tying it back to the original inspiration, while keeping things sparse, like waves decaying slowly in the distance.

“There is a serious word, with an aftertaste of salt and tears, a deep and fearsome Gallicism, sonorous and lugubrious, that is always linked to the fishermen of the Bay of Biscay: the galerne” – Rafael González Echegaray, Spanish historian

Another track which features Leandro’s singing. The music was inspired in part by the storms in the Bay of Biscay in the Basque Country of the northern Iberian peninsula (where our family originally comes from) – sudden and violent with strong gusts of wind. The music encapsulates this unavoidable, inevitable and impending doom, an apt metaphor to our current tackling of global warming and climate change: a fast-approaching ecological disaster. It features a guitar leitmotiv made with an OTO biscuit distortion unit and the Eventide H3000 – equally influenced by disparate elements, namely guitarists Kevin Shields & Steve Vai.

Chrysalism is defined as “the amniotic tranquility of being indoors during a thunderstorm, listening to waves of rain pattering against the roof like an argument upstairs, whose muffled words are unintelligible but whose crackling release of built-up tension you understand perfectly.” Stumbling upon this word somewhere online inspired this placid track, a little comfort and calm to close side A of the album (we always sequence our albums with vinyl in mind) after the intensity of the first two songs. The main “drone” loop is a recording of myself singing through a complex Max/MSP patch utilizing a condenser microphone and tracking it live to tape. Combining different technologies is something we are very passionated about – wether digital or analog, it is all about what one can accomplish with it. There’s a faint piano playing towards the end, which we recorded at a friend’s studio. It’s a very special old piano that belonged to someone who influenced us quite a bit, so it felt very full circle working with it.

VISIBLE THROUGH THE SHROUD

This track features some intense layers of fuzz saturation and textural harmony. Inspired by pre-teen years spent listening to heavy metal records, you can hear the feeling of the so-called“evil” chord – that is the augmented fourth (it also happens to be the 4th track on the album which we found interesting in retrospect). It’s a cloudy piece of music, with perceptible melodic content & structure creeping in through the shroud of sound. The deep rumble of the bass feels like an approaching storm, as it gets closer to you and the intensity of the weather phenomena is experienced in full.

KISS ALL THE PRETTY SKIES GOODBYE

This droney track is a prelude to the album finale, the thought was to keep it amorphous and ethereal. Musically-speaking, it’s a guitar line playing in B flat Lydian mode, adding a futuristic tension and ambiguity to the vocal loops of myself and Leandro – which provide the drone foundation – and thus completely deconstructing the previous structures and harmonies; paving the way for the ending piece. The track also has some heavily processed field recordings we captured in the Snæfellsnes Peninsula of Iceland – where most of the album was conceptualized in the summer of 2018. It is in this region where the effects of climate change are most noticeable, and thus, undeniable. The Snæfellsjökull glacier, which towers over the National park of Snæfellsnes, is thinning out from warmer climates. According to scientists, this glacier has been fast retreating for the past 25 years and will, if the trend continues, be mostly gone around the middle of this century.

This track is the “pièce de résistance” – a completion of the journey we started with Room40 a little over 10 years ago, utilizing all the acquired knowledge from experiences over this time period to create an immersive sonic environment. The deep bass tones were created using the Moog Grandmother, borrowed from a friend for a few weeks. The piano recording also made with the same special old piano we featured earlier on the album. It is in this composition we utilize a range of unexpected variables, automations, and uncontrolled systems; seamlessly weaving together many different musical concepts whilst creating perceptible changes over the course of the composition. The synthesizer leitmotiv that joins (and breaks) after the deep drone section was constructed on a Eight Tone Spanish scale – creating a certain unpredictability while nodding to our deep connections to the Iberian peninsula that go back many generations. It encourages us to remain unsettled and attentive in the moment; prompting us to listen deeper and imagine what lies beyond or in excess of our expectations that have haunted us over centuries.