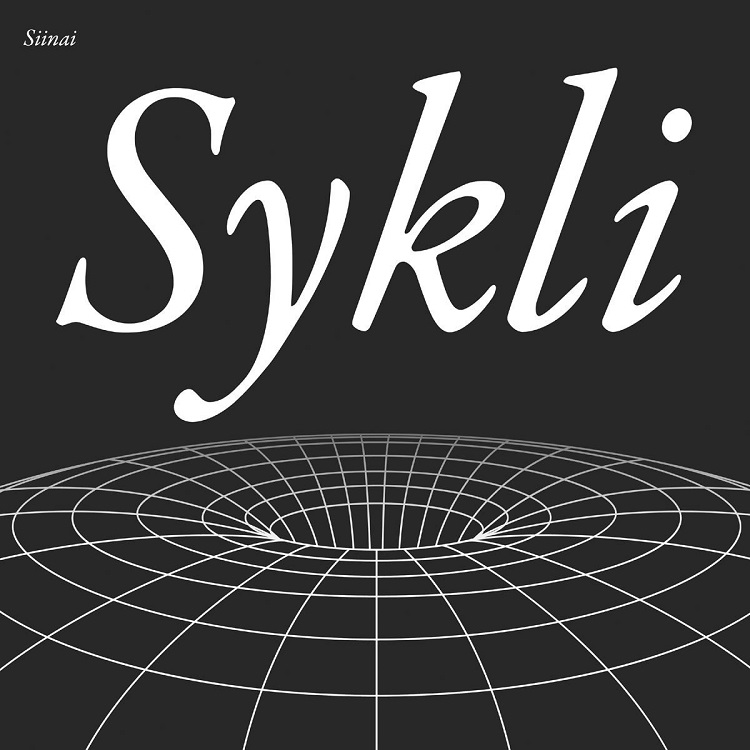 Body is the temple, and the mind of this temple is this song. It grows and changes, just like it does in this psychophysical biorobot called human being. This song presents how our mind works. Sometimes in your life you go through the hard emotional times, like in the first part of the song. Those hard times makes your spirit stronger and from those times you learn the most. Those times also teach us to see the beauty of life in it’s simplest forms, and let us feel the power of now. Through the darkness we will learn what the light really is, and the light of our temple start’s shine brighter than before. In the next point of the song we are takin‘ the shortcut to that point of enlightenment when you open your eyes and you begin to see the rays of light that are formulating the grid that protects us from the fears and let us feel the presence of the altruistic love n‘ happiness in every living moment of our life.

Peace in temple, peace in mind, the peace of life shines so bright that you find yourself tanning from inside out.

In English the Cycle. That cyclic power that makes everything in this world go and come around, you know the deal. The song starts from the singularity in it’s infiniteness. Then the glimmering sounds of the light of consciousness start’s to sneak in for perform it’s perpetual dance, and then it starts to build up the material shape of our known Universe, while the horn section of cosmic energies are playing along side. And then, Bang bang bang and the big band starts to play the life giving pulse of existence! The hassle is on, the Stars and the planets are born. I’m sweatin’ already!

Now it’s time for me to take a break, grab a glass of refreshing, room temperature water, Ahhhh… And from now on we let the music speak for itself!

Words in this song are unnecessary, because music speak louder than a million words ever can. That’s why we muted the vocal tracks, there was lyrics about how to fix the waterproofings of your summer cottage and how to make yourself invisible by using only sticks and stones found from the woods, and those lyrics were sung by every known and unknown language at the same time. We called those vocals as the vocals of the babel, that shit was heavy to listen!

But then one day at the studio our engineer fell asleep during the listening session and he poked the mute button of the vocal track with his strange shaped nose, then all the pieces snapped into place. That’s it, not bullshit!

You know that feeling when you are walking in the street and suddenly you realize that you have no pants on, at all, and you remember that you left your home keys inside the pocket of those pants which are behind the locked doors of your home at the moment, shit shit shit! This song simulates that feeling in a musical form. Little panic, super hurry, because you don’t want people to see you walkin‘ in the streets butt naked. This song almost feels like a nightmare, you just keep runnin‘ and you don’t have any clue what the hell you should do? Oh fuck, how did i forgot to put my pants on, god dayme! Your surrounding reality starts to mutate and the street under your feet transforms to a hairy tongue, and you think you’re going to flip in a moment, then someone shouts your name and you turn your head to look back, and there’s big bunch of evil lookin’ chastity cops chasing after you with the tasers n‘ shit, and you go like Shit! You look up and there’s an upper lip hangin’ out, wow! you jump and grab on it, but the lip is so moist that you start to fell straight on to those warmly waiting, hungry, deadly tasers, BZZZZZZZ!!!! and then you wake up.. Oh my, what a dream. This song was recorded 26 light years ago in the huge isolation tank with the warm, light purple coloured, glowing liquid in it, we were floating there and chillin’ and the microphones that were inserted inside were picking our sounds when we sang this beautiful song. You wouldn’t believe if i told you that all of the sounds in this song are made by human voice, i tell you, it’s a fact! The amazing lyrics of the song goes like this, zuppa di dabbu di day yaa, ziba di dabadi anna ze zoiya! And then you wake up again.. and again and again, now you are stuck’d in the endless loop of dreams, and you have to get down on your knees and pray that the dream operator will notice that someone is stuck’d in a loop again. If the operator doesn’t pay attention to this job enough, You propably have to find the imaginary farm and kiss the magical unicorn to stop this madness and then you are free to go to the next song.

In English the song title means the master. At this point of the story we have the honour to meet the master. Master of the Universe with those funny hairy underwears and manowar style sword in his muscular hand, naaah, i don’t think so. We are going to meet the true master, the master whose knowledge and greatness lays a big shadow upon our tiny little lives. This master have mastered the mastering to that level of mastering, there’s no more room or space left for mastering anymore. This master have all answers to questions you discover to ask for. Will there be any questions at that point when we can ask anything that our minds can expand to and get the answers. That overwhelming feeling when you can just be quiet and feel the energies going through your body and mind and be in total zen state of mind when there’s no need to think, because there’s nothing more than a fullfilling emptines left. You can just be one with the Universe and enjoy the silence. Thank you master it was a pleasure to meet you. This was also the first song in this album and it made the plan so clear that it turned the plan to a masterplan. Official masters stamp of approval earned. Tattista!

Yes yes, once I thought I was in Australia, but then I realized that I’m just listening to AC/DC’s song Let there be rock in the daydream state. It felt like they have played that same part of the song like hours, it’s impossible to know the exact time, because I don’t usually wear my clock in the dreamworlds. I do have a clock in there, but I don’t like to wear it. In so called “real world“ I don’t have any clocks and I don’t have sense of time at all either. Sometimes it feels like I’m 1000 years old, and sometimes I feel like I just got here. But I was telling about the song, the AC/DC song, but you know when the ass is going over the bridge, the bridge of the ass, like the animal ass which is also know as a donkey, not a human ass you naughty! Well that’s the time the shit is gettin‘ totally next level and that’s how one story popped into my mind. I read a book about a woman who was adopted by an aboriginal tribe for four months, there’s a discussion round the book about that is it a fairytale or not, fuck dat, I do not give a single shit about that. That book really touched my inner, and I think it’s more important to have a touching story than a boring collection of cold facts. The tribe people told in that story that the world we are living in is just a dream world. And when we are dreaming, those dreams are flashes from our real world, our real home. They told that we are cosmic light beings and that they have decided to stop their tribe’s life in this reality, because this world is so fuck’d up. Pheew.. So, the point is that every time you are listening to music, you are just listening sounds from our collective imagination in our collective dream. That’s why AC/DC is still playing that same part of the song in my dream til‘ infinity, because there’s no time in that world. In this world we are imprisoned by the time, for the same reason this is the last song in our new album. But i hope that who ever joined us in this musical journey could imagine that the music will never stop. It’s the eternal heartbeat of our existence. Music is the one of those things that could fly without any boundaries and that’s da shit we love. Ah shit I got to the sidetracks, the song title was Europa, I already forgot that. Hmm.. Europa, the moon of Jupiter, which have shit loads of water under the 30 kilometer thick ice crust. We have became aware of this big ass massive spaceshit like centuries ago, even more, we don’t know for sure. And we have explored the endless space and also noticed that how those great objects that are floating in the space are affecting our lives. And if you change the last letter of this title to letter E, you get Europe! The band Europe, The Final Countdown! That’s what this is, the final countdown to the point where we are shooting our reality to a new dimension. The age of Aquarius, the age of the everlasting light. Let’s toast to that and be happy together in these interesting times. And we hope that this music will work as a soundtrack for this joyfull ride of the mystery of life.