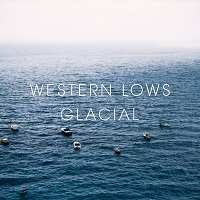 A big chunk of the writing process for me is typically spent obsessing and grinding and not coming up with very much. Every now and then I get lucky and get a whole song almost spontaneously though. That’s how it happened with ‚Grapevine’. The recording was the same way – the finished version isn’t too different from the demo. It didn’t need much.

This song reminds me a little of Guided by Voices. Very rock and roll. It’s got some of the weirdest lyrics on the record. I like that combination.

The only song on the album in waltz time. It starts out subdued before you get the Phil Spector drums in the chorus and eventually the wall of sound ending. I wrote this song with another singer in mind, but I liked how it turned out so I kept it.

Another quiet / loud song. I love Orenda Fink’s vocals on these choruses, they really tie the song together for me.

This is the most upbeat song on the record, for sure. The kick drum swings a little, the bass part is kind of a Cure thing. It’s a nice breather.

We wanted this whole song to be very constant, for lack of a better term. The drums and guitars pound away pretty much the whole time and the bass and vocal hooks pop in and out. We were thinking Moe Tucker drums but with shoegaze guitars. Something like that.

‚Gave Away’ is the oldest song on the album. I had this one for quite a while, and could never get it right. Andy LeMaster’s bass part finally made it work, and after that we just kept piling hooks onto it.

This is the last song I wrote for the record. A little bit like ‚Lazy’ in that it’s got a lot of vocal hooks, and guitars in weird tunings. Big choruses, but the choruses provide the tension not the payoff, that comes after the choruses.

I love Jeremy Wheatley’s drumming on this song, particularly on the choruses. Lyrically, this deals with the idea of the world in your mind versus the actual tactile world, and the idea that the two aren’t totally separate.

From a feel perspective this song is quite similar to ‚Grapevine’. The recording is more lush though, less desolate. It made sense to bookend the record with those two songs.