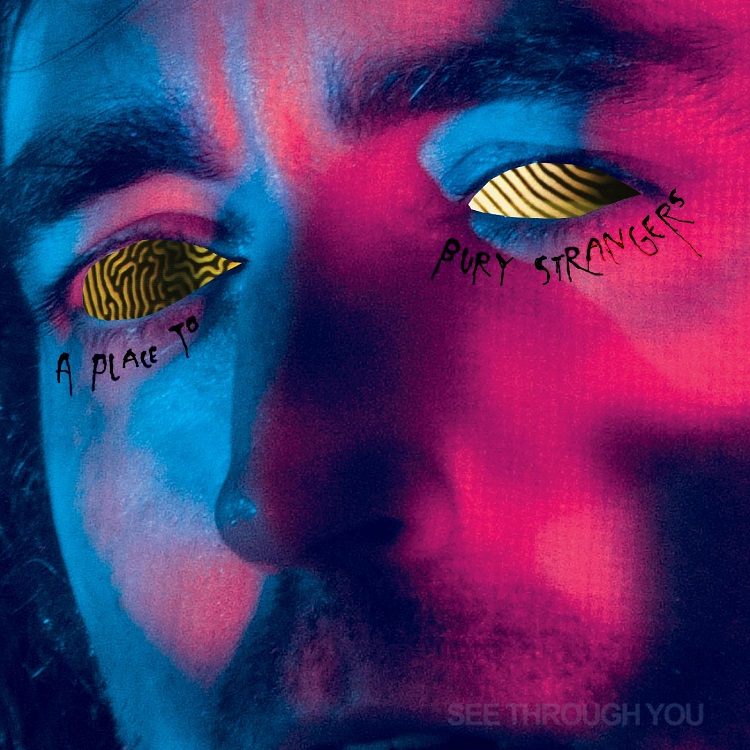 NICE OF YOU TO BE THERE FOR YOU

This song is about how greed infects all of us and makes us do things we might not normally do. Being greedy is actually quite shortsighted and voluntarily naive. When I was writing this song, I felt the need to express the feeling of being taken advantage of by someone I regarded as a friend. The guitar solo is a fantasy dream out of that world that returns to grim reality of disappointment in another person.

This song is the sound of friendship dying. At the time of writing this song, I was going out of my mind dwelling on conflict in my head and beating myself down while trying to rebuild my faith in humanity which is reflected in the actual structure of the song. The drums build with this frustration and a desire to scream with no voice. Listen closely to the vocal phrasing of “I’m Hurt”’s in the chorus and you can hear the self-doubt and failure I was experiencing at the time.

LET’S SEE EACH OTHER

Fantasy is intertwined permanently within my remembered reality; every grasp, touch, the creation of something, the desire. At one point in my life, I wanted to be a sculptor and I would obsess over the way things felt; their angles, textures, physical journeys. There is always something intimate that is beyond magic about the skin of someone you desire.

This is a song about hatred. I was looking back, realizing that I been carefully manipulated for a long period of time by someone I trusted and I had no clue. I am thrilled to be out of that particular situation.

DRAGGED IN A HOLE

This original demo was so trashed and insane sounding that it really shaped the lyrics into being about total obliteration. When struggling with your belief in other human beings, you do feel totally destroyed. This song features percussion which is actually me banging on the pipes in my basement.

This is a song about reflecting on my own actions and how I regret them sometimes. Friends are dynamics and when they go wrong, there’s culpability on both people’s parts.

I DISAPPEAR (WHEN YOU’RE NEAR)

When I’m on my own I can be a bit destructive but sometimes that special person comes along and you melt into infinity.

This song features Paul Jacobs on drums. His playing really drives the excitement of the song. It was originally my first acoustic song, but I ended up smashing the acoustic guitar and was forced to add the crazy sliding electric guitar that is on the track. The song is a reflection of how life can oscillate from the surreal to the real at any moment. It is similar to the duality of being a child and an adult simultaneously and not relating to being either of them.

MY HEAD IS BLEEDING

This song is about the internal begging to a God when you might not necessarily believe in one. That moment when there is just a sliver of hope that anything in your head will connect you with the Universe and actually make change happen.

This is one of the first songs I recorded in quarantine. I was starting to write songs in my bedroom and I didn’t have a bass but wanted the sound of a bass. I used this Digitech multi-effect to drop the guitar down an octave and it ended up being the backbone of the song. The guitar’s imitation of the bass is askew in the way that I was feeling off at the time.

When the gettings good, I hold on tight. Sometimes I forget to enjoy where I am and the people around me. It is critical to be thankful and enjoy existence and have fun. Having a bad night? Reflect and kick yourself into gear.

I DON’T KNOW HOW YOU DO IT

This song features vocals by my good friend Ana Breton. It’s an ode to looking toward the future with hope and joy. This is something I struggle with as its impossible to just plan on the future being great, its often easier to just have great things happen but we can create a positive future through our actions and appreciate the building excitement as these moments are about to happen. The guitar is an attempt to recreate the feeling of sunlight hitting my skin after a dark period.

The hope at the end of the tunnel concluding this album. I went through such a traumatic experience while writing this record and yet there were people there to help me through so this song is about appreciating and thanking them.