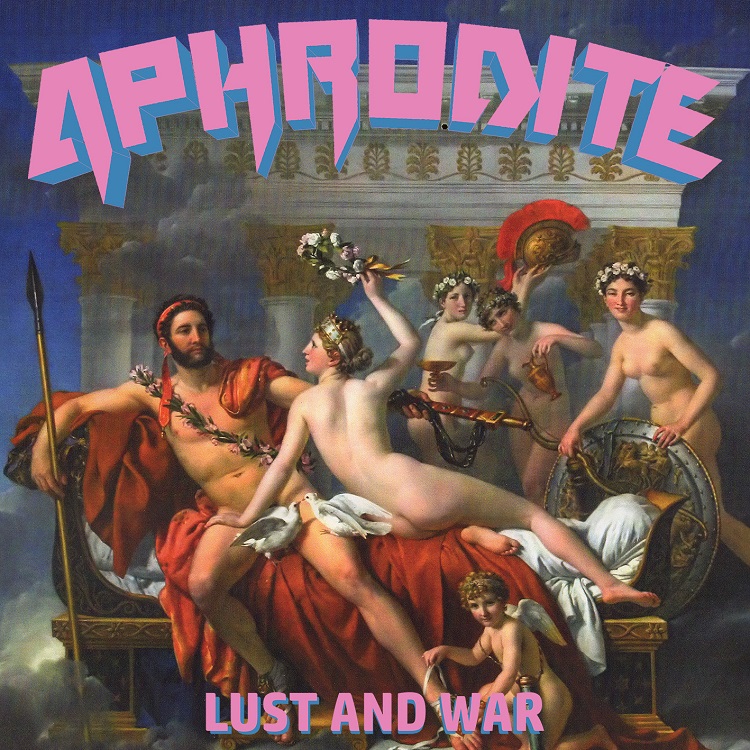 HADES IN THE NIGHT

This song is a reference to the very ancient myth of the Winter solstice. Hades, God of the Underworld, abducts the Spring/Summer Goddess Persephone down to his lair.  This was a beautiful but violent metaphor to describe the changing of the seasons.

Zeus gives Pandora (meaning endowed with all things) to Man as a blessing and a curse. She is the perfect wife. From her box, She unknowingly releases a flood of terrible themes upon the earth, leaving only Hope to cling inside. This is a reflection of how the institutions of Man have wreaked havoc on the human race , and how humans have the instinct to hold onto hope.

Aries was the least liked of the Gods. He is the very embodiment of War, the Spirit of man against man. The atrocities of Aries are recurrent throughout all history. War is the single most terrible tragedy of humankind.
Something we should all remember.

A story of how Olympian Gods overthrew their Father, Great Kronus, and freed the captive Titans. They fought together and won great victory. It is the message of rebellion. That we have the strength to rise against and overcome our oppressors .

Recounting the fall of the mythical Amazon Queen. Her honor and beauty in Death is immortalized in ancient poetry.

Tthe story of Medusa is a metaphor for the forced adaptation of Patriarchy. Medusa represents the very early Goddess cults who were taken over by warrior clans from the East.

Aphrodite , to the Greeks, was the very essence of Beauty and Lust. She is irresistible, the Spirit of Desire itself. Something all humans know.

ORPHEUS CHARMS THE GODS OF DEATH

Orpheus is a gifted lyre player who loses his beloved wife to Death. He dares to go rescue her from Hades, swaying the God with his music … in the end he loses her for good and dies a wretched death . It is the story of loss and tragedy, but also passion. The cruel reality of mortality cares not for our Love.

THESUS AND THE MINOTAUR

The story is that long ago, Athens had a debt to King Minos of Crete, and had To sacrifice Athenian virgins to the Minotaur . Prince Theseus volunteers himself, killing the Beast and saving his homeland. Its about being brave and fearless, and fighting for the people no matter the cost . This is true honor.

The ancient Greeks believed that strife and struggle were necessary in life. Odysseus faces terrible odds, and learns much along his journey before finally making it home.
It is the journey itself that makes us wise.

This is a cover of ultra obscure Greek band Gladiators. This song was „Greece Attacks“ compilation released in the late 80’s. The compilation features a few hidden gems and is definitely worth tracking down. We have an obsession for Greek metal like Vavel, Vice Human, Rust, Northwind, etc