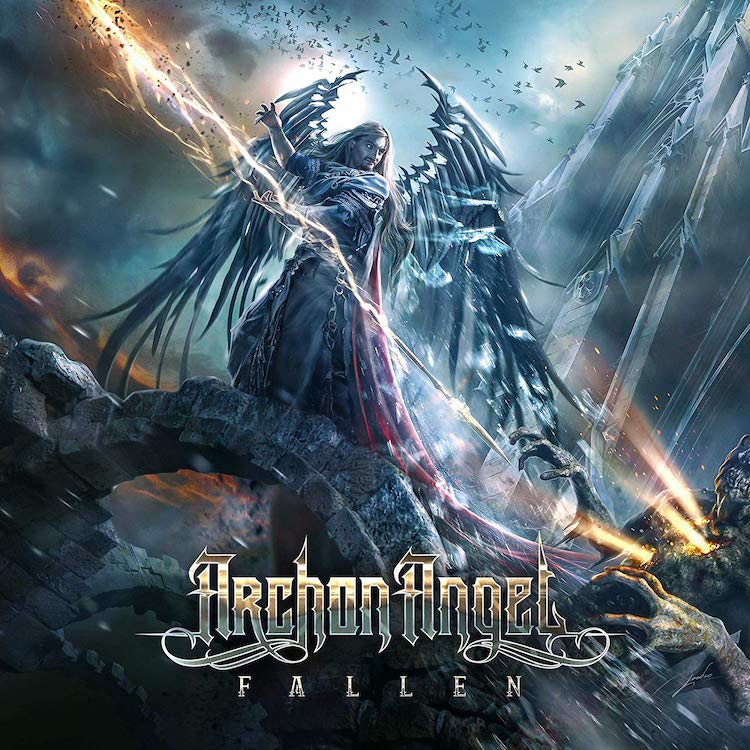 The title track chronicles the portion of the story where the Archon is reminiscing about his past and what could have been. He describes feeling lost, while searching for a path towards his future. At the end of the track, he is calling out to the Divine about how he has felt abandoned in his life, but will keep moving forward and listening for an answer.

This song compares the Archon’s adversaries with the symbol of a snake. Their words are like venom, unwinding the thought process of the Archon and creating doubt about what he thinks is right. If he allows the venom of the enemy to take over, he will not be able to believe in himself enough to move forward.

This upbeat song is about “rising” to the occasion. In this portion of the story, the Archon has started his journey to rebuild the city which is ravaged by drugs, violence, and chaos. He alludes that many outsiders have been drawn to the city by its mysterious and inviting presence, but become trapped by the temptation of its vices.

This vocal-driven song is about being “under the spell” of pride and success. The Archon has become so encompassed in his calling to save the city, he can’t focus on anything else. It references back to the emotion that the Archon felt as a wealthy businessman, the extreme pride he felt (and glory he was given) for his success, and how he wants that feeling again.

“Twilight” describes all of the trepidation in beginning a new journey in life. When taking upon a new mission, lifestyle, or job, many problems can arise all at once, and part of the growing pains of embarking on a new path are being able to combat all of those speed bumps, and not “running away in fear.”

This track describes all of the people who are walked on, or left behind, by a person. These people could be friends, family, relationships, or coworkers. In this particular story, the Archon is reminiscing about his children that he abandoned on his journey to financial success.

“Hit the Wall” is a fast-paced track that describes moving through life so fast and not seeing a “wall” that stops life in its tracks. This wall could be exhaustion, failure, or an unpredictable circumstance that changes the course of what a person is doing.

WHO’S IN THE MIRROR

This song describes waking up and looking in the mirror, and not resembling the reflection. At this point in the story, the Archon has drifted so far from the man he started out as, that he doesn’t even recognize who he has become.

BROUGHT TO THE EDGE

This acoustic ballad describes the emotion of standing on the cliff of life. When the Archon reaches this pinnacle, he doesn’t know whether to move forward with courage and bravery, or walk away and return to the life he knows. He is calling out for help and encouragement from those closest to him.

RETURN OF THE STORM

“Return of the Storm” is a keyboard heavy, lyric driven composition that details the environmental aftershocks of a storm rolling in. The Archon wants to shield everyone in his surroundings from the impending “storm” that will befall the city.