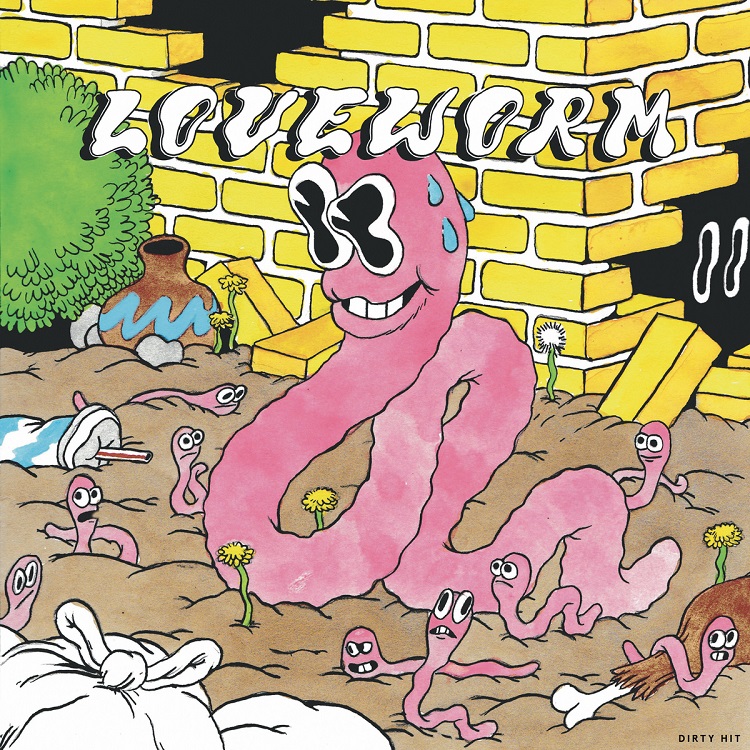 Someone I know felt like this and it affected me too so I wrote a song about it. It’s about the sad reality of how love can consume someone so much and then just disappear. I wanted to write a song that belonged in the film ‚Eternal Sunshine‘. It also sounded to me a bit like Radiohead. My boyfriend and my best friend have just filmed a music video for this song, it’s very eternal sunshine inspired.

This song is about the frustration you feel when you need to let someone go but you just can’t do that because you’re still in love with them. I wanted the song to sound like a movie soundtrack with big synths and sting cellos. The producer Pete, really helped bring that to life. This song is probably one of the most personal songs on the Loveworm EP.

I wanted a guitar sound that reminded me of Sonic Youth because they’re a band I listen to when I’m in a good mood. So I want people to listen to this when they’re happy and just wanna dance! With the melody of the song, I wanted something that reminded me of Pavement, another favourite band of mine. My best friend Eliana helped shout at the end of the track. This song represents the innocence of love

The song was literally called ‘peng minor chord’ because of that one amazing chord I found. This song is about when you appreciate everything that is around you. From people, your family, nature, your surroundings. I guess it’s a reminder to always love. It’s a good message and you should remind yourself to never take things for granted. The chord progression is inspired by this artist I love called Angelo de Augustine.

Angel is about finding love in other things that aren’t necessarily good for you. It’s inspired by 90’s grunge and my influences from listening to bands like The Smashing Pumpkins or Dinosaur Jr. The repetitive riff that comes in the choruses are meant to make you feel like you’re trapped in a loop or a crazy cycle. Very similar to how it would feel being addicted to something unhealthy to help fulfil you in some way.

YOU LIE ALL THE TIME

In demo form this was originally very slow, but Pete the producer cleverly suggested that we speed it up. When it became faster I immediately wanted it to sound like it belonged in a 90’s/2000 chick-flick movie. The song is about how someone can lie to you all the time and you could still be completely obsessed with them. It’s funny and honest.

The one is about my Soren. It speaks for itself and is another personal track, it stayed pretty much the same from demo to the final recording but we just made it sound more grand and like a dream.