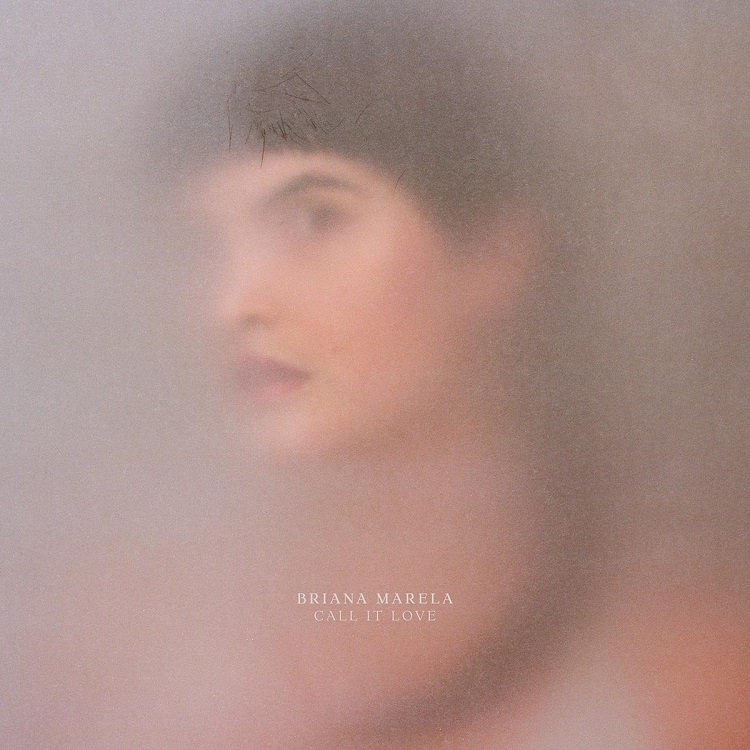 The album cover art is a photograph of me standing behind a piece of large vellum paper that has been painted with oil. Inspired in part by works by the artist Ann Hamilton and by the artist Madeline Waits from Olympia who does a lot of detailed painting on layered vellum pages. Waits also created some original illustrative artwork for inside the album, that pairs nicely with the photographs of me taken by Carter Murdoch.

A song intended to capture the blissful essence of the beginning of a relationship between two people. Also referring to the concept of a woman in love in relation to „bad faith“, a concept of existentialism as written by Sartre & DeBeauvoir. A not so secret head nod as well to the Kate Bush song, „Oh To Be In Love.“ Originally written to be two separate songs that would be paired next to each other, it made sense to combine them to be one.

GIVE ME YOUR LOVE

Written over a long period of time, this song really blossomed into full actualization after working with my bandmate Joel when we composed the main beat together on his MPC. Originally more of a ballad of lust and longing, the beat makes it more upbeat, wry, and way more pop and forward in the lyrics‘ request! The lyrics are polar opposites of demanding/genuine and also a bit tongue in cheek at times. The second half of the song was going to be a separate song paired next to the first part, but these songs were also combined. Perhaps wise because the second half was going to elaborate on the ways I feel selfish in love.

I wrote this song about my falling out with my high school best friend, Claire. She and I haven’t talked since 2010, and I had tried reaching out over the years, still confused about the circumstances that led to our fall out. I wanted to tell her that I still love her and think of her and would be willing to accept any blame in a desperate attempt to just hear from her again, but she never responded to any of my attempts. The song was also really just a way for me to still process that loss I felt from losing someone that felt like a sister and like my first real relationship if that makes any sense. I wrote the song not long after I had learned from a different friend that she was engaged and had a wedding date set and that I was not invited to the wedding.

Written during a time where I was still processing my falling out with my high school best friend, where I felt like my sense of trust for people was severely damaged. I met a new friend who I felt like I clicked with in a way that I hadn’t felt since her. This song is about the feelings of letting go of one person who held such an important space in my heart, while looking towards someone new in secret hopes that they would fulfill my heart in a similar way someday with our new friendship. Trying to open up my heart to trusting and loving a new friend while accepting that everything will begin and end and be out of my control.

I was playing around with my sister’s Roland 404 and wrote what I thought was the silliest and simplest beat just by sampling my vocals on it and messing around. I was then all of a sudden struck with words and a melody to a song about my last big breakup and the feelings of sometimes still longing for that person and wondering what if we hadn’t broke up? It felt really „pop“ to me and was at a funny time in december 2015 when I was listening to a bunch of Adele and Kanye. I thought maybe this could be a song I could write and then try and give away to another artist besides me because I thought a better singer than me could really kill it! I was persuaded by my friend and label contact Hannah that I should record it myself.

FEEL WHAT I FEEL

I originally wrote this song in spring 2010 about my first big break-up in college, and about really drinking alcohol for the first time and dancing with my friends as a way to mend my broken heart. I had been listening to only Mariah Carey and Tender Forever at this time. I had written this song in 15 minutes before a recording session I had with a classmate at Evergreen, and we presented this song as a class assignment final project. Select friends and classmates always adored the song, despite my embarrassment over it. My bandmates then persuaded me to create a new version of it for a tour we did in 2015 with Jenny Hval, which we played on that tour and then I thought it might as well go on the next album!

A song about a slightly ambiguous ending to a relationship, where it wasn’t clear if things were ending or not. Lyrically feeling sad and hopeless, again feeling longing and wavering between thinking in past, present, and future. Wanting to know whether every moment with this person was going to be the last time.

Written in collaboration with my friend/ex-partner, we had always wanted to finish a song together but sadly the song didn’t get finished until the relationship was long over. Lyrics were originally written about a woman I wanted to befriend but was scared to approach, but then started being more about ambiguity in relationships and the idea of pseudo open relationships whether there should be communication to figure out what an undefined relationship means. A way for me to process my anxiety in relation to love and my acceptance of love being a lot more than a hetero-normative fairytale ending.

Farthest Shore was the last song I finished writing for this record. I stayed up almost all night finishing the core structure and lyrics of it in Brooklyn, the day before one of the final days of the recording session I had booked in November 2016. I had written most of the lyrics and ambient loops the previous winter while I was on tour in Europe, in Glasgow specifically. I was jet-lagged and reading The Farthest Shore by Ursula K. Le Guin, I was getting deep into the Earthsea series on recommendation from my friend/bandmate Joel who also loves fantasy books. The book ended up being my main inspiration in writing this song. A major theme of the book is death/loss; the protagonists need to seek an evil wizard who is exchanging people’s magical powers for eternal life, and in doing so is causing the loss of all magic in the world. The main characters spend the whole book searching for this evil wizard and then must enter the land of death and face their fear of losing themselves in order to save magic in their world. I have always had anxiety, fear of death and have struggled with depression throughout the years, trying not to let those feelings suffocate me and my creativity. This book was a helpful reminder to me that we must always face the unknown with strength and not fear, and that we need to seek balance in our lives. Eternal life would make life less meaningful without an ending in place.

Written partially about my sister and partially about myself, in the ways that we let our own anxiety and flaws tear us apart from the inside. Feeling full of self-doubt, insecurities, and unsure of our own identity. Not feeling comfortable in your own body and skin, feeling like an outsider and looking inward for help in an unhealthy way. But ultimately wanting to transform and transition into being my best self and find out how to love myself in a way that no one else can and find acceptance within myself.