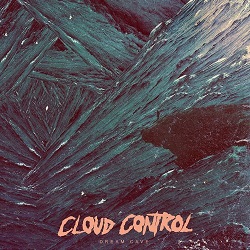 The opener to our album is based round a vocal melody Al made up in about 2 seconds at our first rehearsal having borrowed our friend’s vocoder. The moment I heard it, I thought it was amazing and grabbed my phone to record it so we didn’t forget it. As I recall, it took Al a while to come round to the melody itself, I think he just wasn’t sure what to do with it. Most of the music of the track comes straight from the demo Al worked up for the song. We added live drums and a few other things and mixed it in the studio.

This is one of the only songs that we started playing at the end of touring Bliss Release. By the time we got it to the studio it had evolved and become faster and changed quite a lot. Al and I wrote this whilst we were in Australia at the beginning of 2012, in the Blue Mountains where we recorded Bliss Release. It was the first time we’d experimented with melding organic and electronic drums.

This is a song of Al’s that we probably rehearsed too much as a band and struggled to find how to play it. We almost gave up on it and took it into the studio when we were trying out our producer Barny Barnicott, to see how we got on with him and what his vibe was. We demoed this up in about 3 hours after we all listened to a few songs. All the rehearsal we’d done with it, allowed us to be spontaneous with the arrangement and style It’s the only song on the album that survived as is, from the few days demoing we had prior to the proper recording sessions.

Heidi wrote the bulk of Moonrabbit. Al got the bridge happening, finishing the lyrics in the studio as I recall, just before recording them. I can remember the drums on this got the cave treatment, meaning we re-amped them by playing them out into the cavern and recording them back. All of a sudden it sounds like Ulrich playing in a cave. That cave was cold too, 9 degrees.

This song started as a bass line of mine from a writing session on Ile De Ray, France. I really liked it but it didn’t get any traction with the band when we jammed it, after Al had some success with the vocals. It sat around for a while, and like Promises, Barny had a big input on the style and direction. All the weird sounding vocal samples at the start are a result of us singing and recording each note in the song’s scale, looping them up and throwing them down different channels on the mixer. This turned the mixer into an instrument and we each took turns playing the faders and recording melodies. The tremolo solo at the end was the first take Al did too. Perfect.

THE SMOKE, THE FEELING

This is a song of Heidi’s that had been written a long time before the recording sessions. We re-worked some of the lyrics she wasn’t happy on the fly in the studio and used the vocoder on her voice this time. I can remember recording bass for the track, but then deciding the bass from the demo was better and just slotting that in. We layered up different additional synths and stuff until we were happy with it. The solo is Al playing and singing the guitar line at the same time. A good sound I think.

This started as a set of chords of Heidi’s which I took at Ile De Ray, straightened out a bit and then wrote the bass line and the verses. After I wrote some simple chords for the chorus, I slung it to Al for the chorus vocals and a bridge, he then got the idea to make the keyboard chords into an arpeggio. We recorded three versions of it in the studio and Al took it away to arrange and ended up using elements of the second and third attempts.

Heidi’s inspiration for this as she tells it, was talking to a man on a bus in London who said the only thing they would have in common worth talking about, was if she was a Buddhist or a Vegetarian. She is neither. This came together pretty quickly in the studio. We had our own late night mock party for the bridge ‘cause we thought that was fitting. At one stage it had a Guinness can opening. It was too jokes.

This is another song we had a few versions of. There is a great acoustic version floating around that might get finished one day, it has some cello on it too. But I like the version we have on the album. After trying out a few different styles, we got a good take of this one and felt really good about it on playback. Sometimes it helps to hear a song back to be convinced by the direction you are taking it in.

Like „Scream Rave“, „Tombstone“ has some material in it, ripped straight from the demo and dumped into the final version. I’m not sure what work of Al’s made the final version but I think there are a bunch of guitars I looped up and put mega delay on that did. Al came up with the line ‚write it on my tombstone‘ when we were working together in Australia and we both thought it was a little funny, but mostly powerful. It can be hard to reach that balance sometimes. I remember recording the bridge vocals for this and struggling to get the oooh’s soft enough so they sounded good. Got there in the end though.

The vocals for Dream Cave were all done, live in the cave. We set up a close mic and a room mic and spent a few hours doing takes. It was really fun working in the dark and cold, with no respite till we were done. I like having to perform under those conditions, sometimes recording things that are hard turn out better than when things are easy. The prelude to this (at the end of Tombstone) is us and a few friends singing a bit of a raucous version with the aim of breaking up the album and making the listener ready for the final song. We then filled up the length of a CD with cave noise. CD’s and mp3’s just turn off, unlike LP’s which sometimes crackle as they go round and round, gently reminding you that they’ve finished. This noise is kind of like that. It’s also relaxing.

The artwork for our album is by our good friend Leif Podhajsky. He has done a lot of interesting work for great bands such as Foals and Tame Impala. He lives down the road from Ulrich our drummer so it was a pretty natural process working with him. I think the work itself walks the line of drama and violence whilst being calming and soothing. I think it represents the album well.