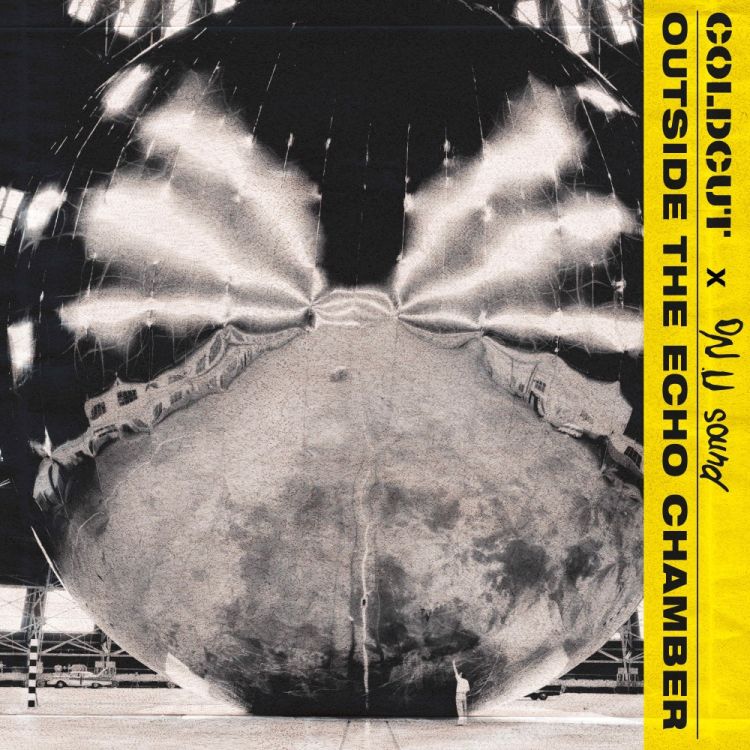 Roots Manuva recorded a lot of his last Album “Bleeds” with Adrian Sherwood… Vitals was an out take that had not made the album…. Adrian played us the demo version – We really liked it but felt it needed reworking… We decided that stripping back the layers, reprogramming the drums – Giving the track a super heavy mix would bring it into focus… We love the spooky keyboards from Skip McDonald… Future style Hip Hop…..

We recorded this with Dave Taylor in Los Angeles, unfortunately the Logic software we were using at the time crashed & we lost everything except a stereo mix… We rebuilt the song with Adrian Sherwood from scratch – Doug Wimbush played a killer bass line & Skip McDonald recreated the original keyboard parts… Having remade the whole track we then had a lot of fun creating many many Dub versions which we then edited down to this final mix.

The backing track for this started life as a programmed drum track with a bass line… We hooked up with Todla T & recorded Brass & Keyboards in Jamaica… Brought the whole track back to the UK & tried out some vocal ideas.. but did not get very far about a year later we got a call from the Jeff Waye, one of the Ninja Crew… He was in Jamaica working with the Bug…. Jeff asked if we wanted anything voiced as they were in the studio with Chezidek – We sent off the track to them Chezidek provided a wonderful vocal… We then took all the parts to Ramsgate to Adrian Sherwood studio & reworked the arrangement – Recorded backing vocals with Ghetto Priest & guitar with Skip McDonald…

MAKE UP YOUR MIND

We wanted to make a Lovers Rock track – We had the backing track pretty much finished – we then asked Todla T to get involved, Todla hooked us up with Cecille & recorded the vocals & brass parts in Jamaica … We then spent some time in Los Angeles & met Elan – Who sings with the Wailers – We played him the track & decided to do a male answer version…. So thats why we have the two versions on the album.

Partly inspired by a disastrous holiday to Mexico featuring a psychotic tour guide, this is Aztechnology! This harks back to the ragga electronic riddims of a few years ago, like South Rawkas Crew Red Alert etc. The bassline came through from our new software Midivolve, a riff generator we are releasing as an Ableton instrument in July 2017. Sherwood added a mad cross rhythm part which takes it into a more tribal territory.

Matt’s wife Dinaz is from Mumbai and is a film maker. Going to India the influence of Bollywood, its colour music and dance , are very attractive, especially the classic era of the 60s and 70s. We asked some Mumbai friends to suggest some Bollywood tunes to version and this one sprang out. The 1967 original sounded quite modern with big sections of just Tabla riddim + soulful vocals, alternating with great riffs played on crazy sounds. We got Babu Choudery to find and record vocalist Hamsika Iyer ; she is also a singer with top trance act Juno Reactor. Then we weren’t sure what to do with the track so it sat our hard drive for a year until Jon suggested we bring it into the Sherwood sessions. Ade fired the riddim up, Celloman reinforced the riffs superbly and suddenly we were all dancing round the studio. Indian love song, JA rhythm called the Egyptian, dubbed in Ramsgate…Outernational!

We worked with Lee Perry when he performed at the Meltdown Festival in London – Matt had recorded an interview with him – Lee speaks in such a musical way that we thought it would be a good idea to build a song round his spoken word… While working with Dave Taylor we asked Elan to sing on the track… Once we had their two parts we then asked Junior Reid to provide a vocal… Finally the whole track came together with Doug Wimbush adding bass & Skip Mcdonald guitar & Keys…. Adrian Sherwood on the mix just brought the whole track together… Matt & Adrian both on the desk dubbing the shit out of the track was a wonderful moment….

Started out in London as a full tune but ended up in LA with nothing remaining but a block string pad that Dave Switch and cohorts then twisted into the basis of a new superheavy beat. We wanted to do a track about the greatest Ripoff of our age, the shameless removal of £billions by the financial elite from the rest of the population. JA vocal talent contributed Rholin X rode the beat with a tale of everyday bank robbery whilst offering his observations on who is really robbing who. ‚Rob the poor to feed the rich‘ -precisely. Check our www.coldcut.net/robbery for our free game where you have to jail the Bankstr and return the peoples money, and also there is a serious activist resource of docs, books and info on how the elite, inequality and bankstr ripoff actually works.