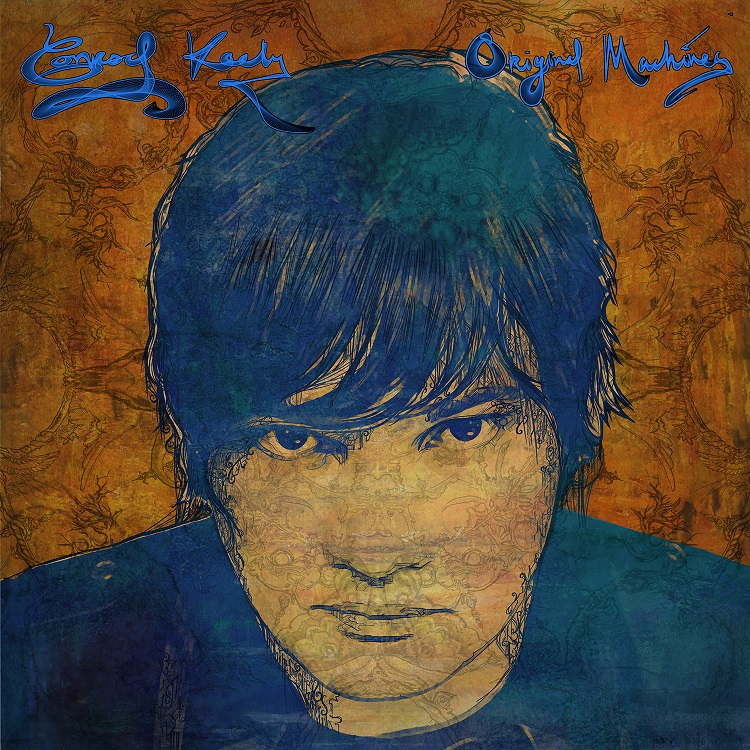 The theme of the album was travel.  I arranged the album in two „sides“, which represented a departure from home, and then a return home.

This song is about the illusion of our physical molds, and how when we shake off the molds of our perceived individuality we are able to experience a greater collective consciousness.  However, our minds revolt against this idea, because our ego craves the illusion of its individuality, and it realizes that if we transcend we kill the ego.

This song is an admission of all my personal weaknesses, and the personality traits that have stopped me from accomplishing the things I want to achieve.  At some point I realized that when I pealed away the layers like an onion, at the core of my struggles lay deep-seated anger.

IN THE WORDS OF A NOT-SO-FAMOUS MAN

This song was written after I missed a plane to Hawaii.  I eventually had to book a flight on a different airline (for all you travelers out there, avoid China Eastern Air like the plague, they’re the worst airline in the world – opt for Korean Air if given a choice).  But during that day of extreme frustration while awaiting confirmation, I sat in the garden of my family’s house in Bangkok and I wrote this song.  It was originally called „Aunt Tum’s House“, and it was written on my cousin’s acoustic guitar, which is what’s on the album.

The cave symbolizes that inner part of our nature we are afraid to explore.  Inside the cave is a pool, which allows us to see reflected back in its surface the darker side of our nature which we struggle with.

This song was written while driving in a taxi by myself to Kampot.  I watched the landscape passing out the window, the fields, the cattle, the wooden houses on stilts, and I was happy with my peaceful solitude.  I felt a great freedom leaving the noisy city behind me, and that excitement came out through the song.

ENGINES OF THE DARK

My friend Anthony took me out to a particularly sleazy (and well known) street here Phnom Penh where he had lots of „girlfriends“ in different bars (at the time he liked to tell me he had around ten).  The lyrics expressed that sense one has when out for the evening here, of trying to decide if and when to call it a night and go home, the option being to stay out and see what other terrible things might happen.  It also evokes the struggles the city has seen, and continues to see, as the people of this country fight for a voice.

YOUR TIDE IS GOING OUT

This song is about exploring the countryside outside Phnom Penh, especially Kandal Province.  It was inspired by the band Suicide.  I evoke the image of the Angkorian-styled arched temple gates in front of villages throughout the region, a very common sight here.

One of several songs I wrote inspired by Kampot, it uses the slow-moving river as a metaphor for allowing things to happen, and calling upon an inner patience to combat our sorrows.

NOTHING THAT I MEANT (INTERSTELLAR)

This song was inspired by the movie Interstellar, and I think the lyrics are fairly literal in evoking specific scenes from the movie – „I got lost in the stars when I went of through space exploring“.  I felt very strongly for the character of the father who left his family behind, knowing that because of relativistic space travel they would age while he remained young.

I actually wrote this song while showing a friend of mine how to use the music editing program Logic Pro.  I was simply trying to demonstrate to her how easy it was to throw loops and beats together, and how to use the piano roll editor to „draw“ notes.  The next day I listened to what I’d done, and a melody came to me, so I decided it would be a song.

ALL THAT’S LEFT IS LAND

This song is about my son Caspian being born.

This is another song about Kampot.  It’s also about the „lost generation“ of Cambodian youth who perished during the regime, and how their absence rings out across time.

DRIVE BACK TO PHNOM PENH

I wrote this song while in a minivan driving back from Kampot.  It was pretty crowded, and the curious Cambodian fellow sitting next to me was quite keen to watch me composing on my iPad.  The song is about backpacker types, anyone who’s been here knows who I mean – the other travelers.  Many of the ones we see around here like to imagine they’re on some great journey of self-realization, but a good number of them don’t leave the comfort of their guest houses, which seems strange.

I wanted to conjure up the mysterious feelings of the Angkorian ruins with this song, and that unearthly feeling you get walking over them in the jungle, knowing that long ago there once stood a great city there.

OUT ON THE ROAD

Being on tour, constantly on the road, is a difficult life style.  People often mistake it for a party, or some vacation, but it isn’t.  It’s grueling, even if you love it, which those of us who do it a lot have to otherwise we’d stop.

RAYS OF THE ABSOLUTE

I tried to put words to a sense we all seem to have, that our lives could be better, and our choice of surroundings and people could be somehow improved.  But that longing, that desire for something better, is at the root of our suffering, and happiness lies somewhere in acceptance.

This song describes another type of person who moves to Cambodia, the long-term expat, who is determined to stay here, start a family or a business, and stick it out.  They come here because they’ve found something here that was missing where they come from – usually it’s freedom.

Another travel-related song, only this one is about going somewhere unfamiliar, and allowing yourself to be lost.  Being lost isn’t necessarily a bad thing (I kind of hate being lost, but then I have to remind myself that sometimes I should enjoy it as well).  At the end I say „I feel invincible, like a color,“ because colors are in some ways things that cannot be destroyed.  You cannot destroy blue, for instance.

This is the only song on the album that wasn’t written during my three-month writing period.  In fact, it was written when I was around 19, long before we’d  formed …Trail of Dead.  I was very reluctant to include it on the album, but my producer Ben encouraged me to do so because he liked it.  I think it’s 90’s feel is very obvious.  I have long ago forgotten who or what I wrote it about.

I wrote this in the back of the car being driven by my stepfather to the airport in Hawaii (he lives in Waimanalo).  It was early in the morning, the Ko’olau Mountains loomed in cool blue and green shades to our left, the sea spreading deep blue to our right.  It was a peaceful morning, and I put on my headphones and played this on the virtual guitar on my iPad, then I played it for my stepfather.

SPOTLIGHT ON THE VICTOR

I wrote this in the back of the tour bus in Indianapolis (it was originally called Indianapolis).  It was inspired by the bleak urban landscapes of that town, and America in general.  America has lovely countryside, but let’s face it, the sprawling suburbs are anything but beautiful.  They look miserable and without culture.  But most people living there wouldn’t know that, they would think that’s just normal, that’s how it should be, and they’re living in the best place on earth.  In a similar sense, the lyrics are about top 40 radio, and how people who listen to that think they’re listening to the best music being made, without any idea that in reality the best music would never played on the radio.

I wrote this while my friend Marcel had stopped by for a visit.

I wrote this before I had a swim at the guest house I was staying in Kampot.  The lyrics were deliberately nonsensical, but conjure up the idea that dying isn’t such a bad thing at all.  In fact, we all ought to be looking forward to death rather than fearing it, but instead we are forced to experience the illusion that the life we’re living is actually significant in some way.  We probably don’t fully appreciate our insignificance until the moment we actually die, and that ought to be a liberating and comforting thought.  In this song death represents the idea of „coming home“, which is why this is the last song on the album.  After traveling the hero returns home, and that is symbolic of death and rebirth.