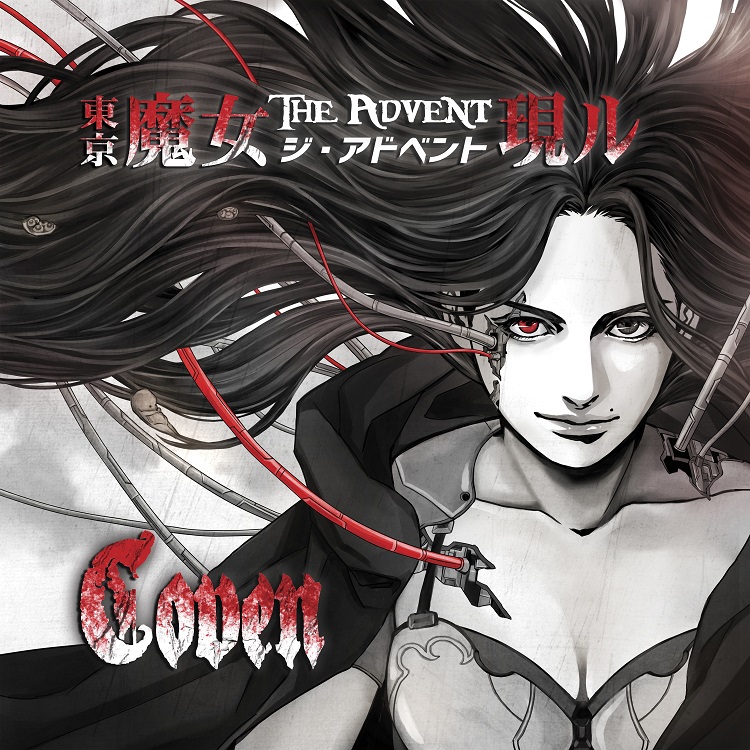 We think the influence from NWOBHM and 80’s metal are mainly essential elements of our sounds. So even though the listeners just heard the intro of our sounds once, we wanted many people be able to feel it. The dual guitar harmonies the of opening are expressing exactly them. We also wanted to put our Japanese identity into the sounds, so we wrote lyrics in Japanese. The characteristic of Japanese pronunciation and singing Japanese rhythm of vocal melody is one of the our special strengths, too. But on the other hand, as you know it has also harmful effects, it is hard when many listeners in different countries sing our songs. So we definitely made English parts and sing-along choruses which people can sing our songs together.

This song is about having the courage to take a step forward. An encouraging song for ourselves and all people in the world.

Mercyful Fate is one of our favorite bands. We got the some hints from their representative songs and added our Japanese essence into that. The dramatic composition and this guitar riffs are our favorites on the album. This song is about retribution, exactly karma. The deed comes back upon the doer.

Based on a Greek mythology and some Japanese comics and animations. This song is about getting the glory. The dramatic composition and this guitar solo are also our favorites on the album. As same as „Brave Warriors“, this is one of encouraging song for ourselves and all people. Because we are newcomer, so want to get the glory! (lacht) We are also inspired by stories and songs of Japanese comics and animations. So we added the essence into our songs. Speaking of Japanese comics and animations, we wanted people be able to catch the image that we are Japanese band at first glance from the artwork of Jacket. And generally speaking, our band’s name Coven means a gathering of thirteen witches and images in the medieval period. But we didn’t want to use the conventional image and also old Japanese-style painting. So, we chose this futuristic image like some great Japanese animations. Regarding not only sounds but also artwork, it’s a fusion of Japanese and Western. At a glance, probably it seems there is only one witch. But take a coser look and you may find twelve ovums and unborn children. Yes: It’s exactly a coven.

We thought the song moving from the static states to the dynamic states is one of the essential elements of the EP.
All of the lyrics on this one are written in only Japanese. But instead of that, we made the parts of epic sing-along chorus for singing together. This song is about there being no turning back and heading towards tomorrow. At the ending, we included a part as an homage to two great bands that we love. Take a guess!