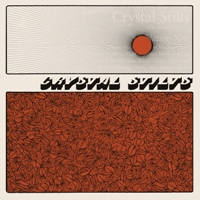 SPIRIT IN FRONT OF ME

This one was a clear opener from the get go. Kind of a simple, spaced out gospel psych song, born out of us all in practice.

That one is a bit newer than some of the others. I wrote the guitar at a pretty sad moment for me and I guess the feel of the song is kind of a defeated, slow, stoned- late night pop song. The prime engineer on the record, Al, played the flute on the solo.

I wanted there to be a sort of ripping, burner on the record and I was listening to a few things that were like that. In fact the guitar demo i made of this song was jokingly called R.I.P. Badass. The way it came out, with a more Velvets meets Creedence meets early Love thing was actually NOT deliberate so it’s interesting that the final outcome was like that- much different than the income.

Another one that came out of a late night winter buzz. I envisioned this song originally being a tad slower and groovier- in a Them, Brian Jones era Stones sort of way but we tried some different rhythms and this more catchy, almost Dylan-esque rhythm ended up winning. There’s an electric autoharp through a tape delay echo on there as well.

This one was a hair more difficult in the writing stage. I worked on trying to get the right tempo/rhythm right for it for months. There were different choruses that got scrapped etc. I really like taking attributes from different sources- songs that I like- and applying them to a song that wouldn’t obviously call for that specific thing. Like the 12-string acoustic on this song wasn’t really planned until we were recording.

This one came out of practices- it was originally much slower and almost too Velvetsy so we sped it up and shuffled it around and stuff. I actually really like this song- I feel like aesthetically it could have been on our last record, which is cool.

I feel like I’m revealing too many secrets. The chorus was kind of trying to emulate chordal structures on an autoharp.

I don’t think this one is really aspiring to any influences. I like that there’s no minor chords on the song but it still has a darkness in an almost country way.

Older song that we worked on a lot. Its not really ripping on too many influences I’d say off the top of my head.

Possibly my favorite song on the record. There’s a lot of influences pulling in on it; Jack Nitzsche anyone? I feel like we could make a whole record of songs like this. There’s too many I like to settle on just one style.