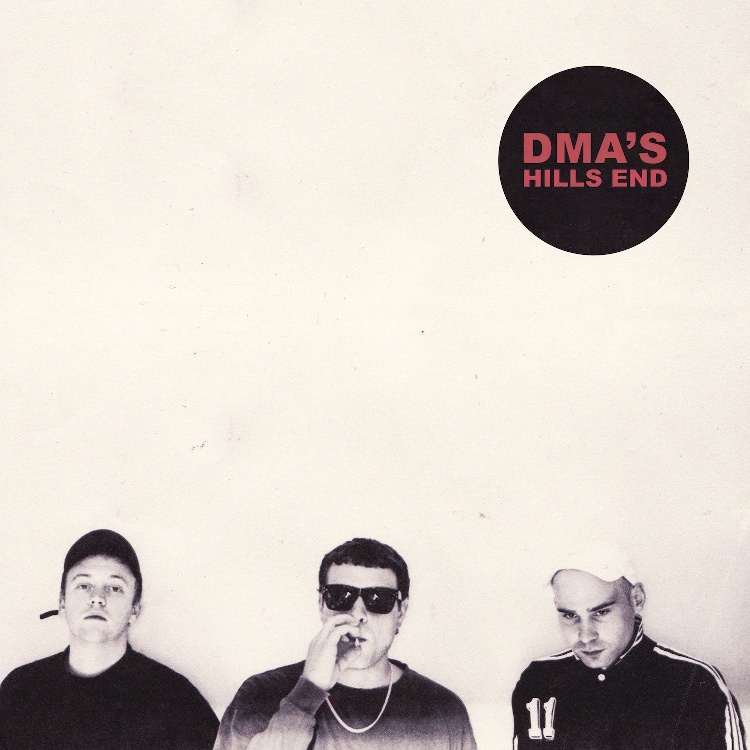 When DMA’S first started, we didn’t really have the dream to be a live band. We were happy with hanging out in the studio or writing songs in the bedroom. We were living in the same part of the town. I was living with Tommy and we were writing lots of music at home. One beautiful thing about recording in the bedroom is that you’re not paying for time. We actually used lots of the demos and sounds that we did over this three or four years on the record.

Mason and I wrote this song in a park around the area. It was originally meant to be a bluesy cowboy song and written on banjos and stuff, but then we finished it and eventually turned it into a rock ‘n’ roll song.

This was written when I was living with Tommy in Newtown. Tommy doesn’t really play much guitar, but he can do a few chords. He came home from work and he had this melody to lay down, lay down, give me someone new. He played it with the two easiest chords, and I was like “wow, this is good”. 15 minutes later we finished it.

It’s quite an old one. The demo was actually done with electric guitars – maybe five or six years ago. When we first started playing together, there was another song and we brought that one in. We adapted it to make it sound more DMA’S. It has this very special acoustic guitar sound to it and quite a humble, almost folky sound. Bedroom pop!

I never told anyone: We were playing some cover gigs at that time and the chords of the verse had the start of the same chords as “Dreams” by Fleetwood Mac. I had a different verse for it and then Tommy came in and changed it. Sometimes when Max and I play, we don’t know what’s good and what’s not, but Tommy has a great ear for that. There’s actually a guzheng on it – a Chinese piano that Mason plays, but we put delay and reverb on it. He just found it on the side of the road and fixed it up.

STEP UP THE MORPHINE

That’s probably one of the newest songs on the album. It’s actually one of the first songs I started on piano. I started playing at that time and lost a family member, so it’s kind of a reflection on life, death, future and the question “why the fuck are we all here?”.

That was originally a folk song that I wrote five years ago. Tommy and I were going through similar relationship experiences at the time. I remember I used to play it before sets and Tommy loved it. It became one of our old school favorite songs, and some of our closest fans really like it as well.

That one was written in a hotel in Melbourne, so it’s a working title. We kind of liked it ‘cause we thought it would be cool to call one of our tracks after an Australian city. I remember having a cigarette on the balcony and Tommy and Maxim were playing it in the hotel room. I had a few close friends battling with depression at this time, so lyrically it’s about being aware of these things without dismissing them.

I think I wrote the pre-chorus for it but it’s almost Mason’s song. It’s pretty clean and there’s a more electric version. It had more electronic beats before we did it with the full band. The pre-chorus was actually more spoken word. A little bit Gorillaz. We haven’t played it live yet, but we will have another set later this year, so we will put this on the list.

It’s pretty much the version we did four years ago. It was done using very bad recording techniques, but then we added some electric guitars and Johnny played drums on that track. We were just building up the old session.

A very old song! I remember Maxim holding his phone up to my ear and playing a demo of it he did on his piano. I was blown away. It’s been one of my favorite songs. It’s about embracing change, but always remembering where you come from.

That’s also an old one. We tour as a six piece and our bass player Tom came over to record this one. It was one of the first songs ever. We actually released that song under a different name and our manager made us take it off before we worked with it. When you see the video clip, it’s us three years ago, but I’m looking forward to release it. It’s one of our favorite songs to play live.