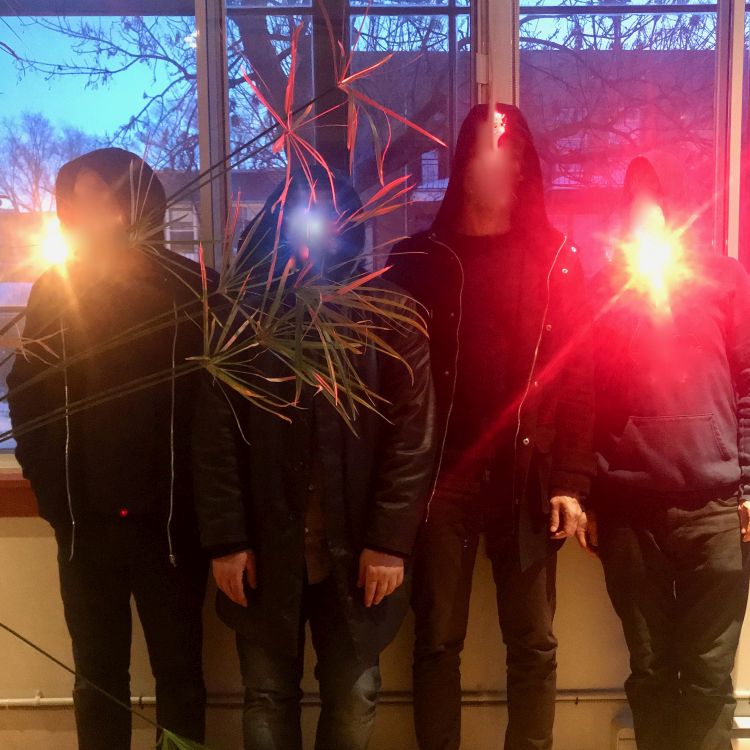 The band’s first release was a split 7″ with Godspeed, issued by local zine aMAZEzine in 1998. They began recording their first full-length later that year, released as a self-titled CD and 2xLP by Constellation in 1999. „The 13-minute ‚L’Espace Au Sol Est Redessine‘ Par Des Immenses Panneaux Bleus and the 18-minute ‚Dans Ses Cheveux‘ upgrade the canon of post-rock with a new vision of hypnotic/fluctuating music.“ (Scaruffi)

„Fly Pan Am is not your average post-rock band. Unlike your Tortoises and your Uis and your Mice Parades, the word ’smooth‘ could never be used to describe what Fly Pan Am does. Their music is loud, messy and chaotic, and they come a lot closer to 80s no-wave than they do to jazz fusion.“ (Pitchfork)

Fly Pan Am has also collaborated with sound artist Alexandre St-Onge and producers Tim Hecker and Christof Migone, including a number of unreleased recording sessions, some of which can be heard on Constellation’s Song of the Silent Land compilation, as well as on Tim Hecker’s Mirages and on one track from N’écoutez pas.

Fly Pan Am has toured Europe and North America numerous times, sharing bills with GY!BE, Do Make Say Think, Stereolab and Broadcast, among others. They have performed twice at Fonderie Darling, the Montreal installation art centre run by Quartier Ephemere. They spent a week performing in Portugal in 2002, at the invitation of Visao Periferica, and played the Festival International de Musique Actuelle de Victoriaville in 2004. But in 2005 the project went on hiatus.

Following years of sonic exploration in all sorts of other projects and guises, Fly Pan Am have reconvened with all four original members and made a new record sparkling with the creative buzz of lifelong artistic intensity, dialogue and friendship. In late 2017 the band quietly reunited to explore making new music together after more than a decade spent in pursuit of separate sonic adventures. Within weeks, it was clear the band was firing on all cylinders again, brimming with electricity and eager to pick up where they’d left off with their last album N’écoutez pas back in 2004: pushing further into full-spectrum intersections of noise pop, post-punk, power electronics and musique concrète, while continuing to incorporate shrouded, textural vocals as alternately melodic and visceral components.

The result is C’est ça, an album of renewed vitality and experimentation where rock structures underpinned by J.S. Truchy’s trademark rapid-fire bass and Félix Morel’s disciplined, ascetic drumming are submerged beneath waves of processed guitar by Roger Tellier-Craig and Jonathan Parant, with fluorescent noise treatments and sonic vandalisms wrought by all four. Blending tightly-wound Kosmische grooves, maximalist shoegaze noise, and bursts of sonic sabotage and deconstruction, C’est ça is a superb return to form for Fly Pan Am, picking up right where they left off, striking a glorious balance between ear-worm catchiness and unbridled sonic experimentation. C’est ca is terrific slab of restless, conceptual, psych-cosmic noise rock that could come from no other band, forged by four musicians with long histories both together and apart.

Press:
„Fly Pan Am is not afraid to flirt with the bizarre in reaching for the sublime, and the result is challenging music of considerable integrity.” – Copper Press

„Using the extended instrumental motif as a vehicle toward achieving musical nirvana, this Montreal quartet adheres to minimalist principles while stretching the boundaries of guitar/bass/drums with electronic hiss and other sound composites.”– Magnet 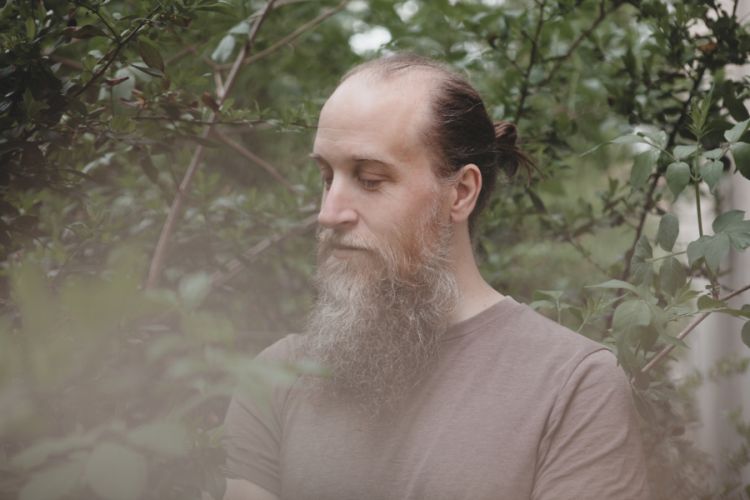 AIDAN BAKER is a Canadian musician and writer currently based in Berlin, Germany. Active with a variety of group projects — most notably the drone/doom duo Nadja—as a solo artist, Baker explores the deconstructive sonic possibilities of the electric guitar as a primary sound source, creating music that ranges from experimental/ambient to post-rock to contemporary classical.