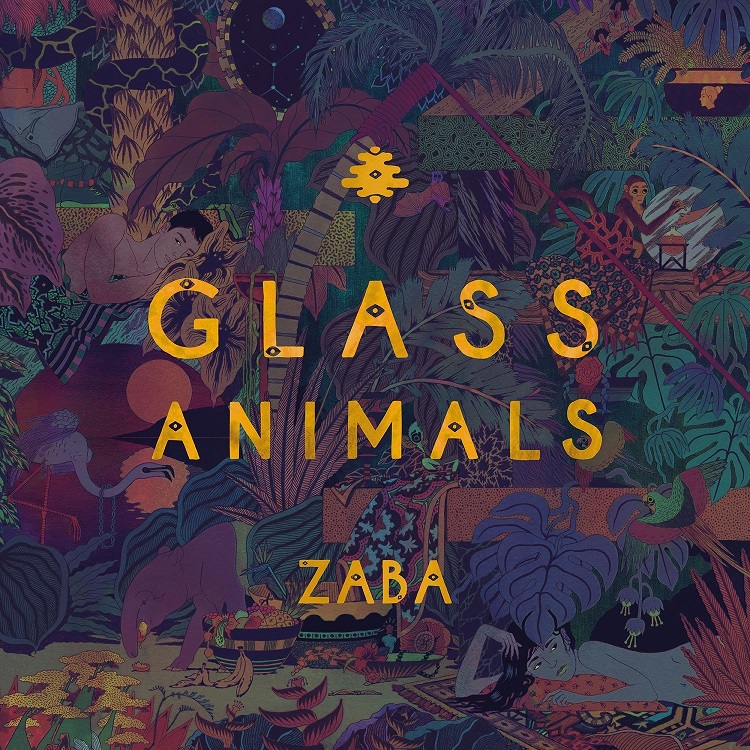 The first thing you can hear is this weird noise that starts developing. It’s kind of meant to be the sound of someone opening your head with a can opener and going inside of your brain and then it starts off. I think the album starts with quite a cheeky sound, but then it has this big change halfway through. So we thought it would be a cool track to start the album. I never talk about what lyrics mean. We’ve been in struggle with this. I can tell you a story! Joe came up to me once and said: “Dave! „Cocoa Hooves” – I realise what it means and what the lyrics are about!”. I said: “All right, what do you think it’s about?”. So he told me and I told him: “Oh, that’s not at all what it’s about. It’s actually about…”. So I completely ruined his perspective on the song. He’d come up with a very personal meaning for the lyrics. I can’t destroy that so I don’t tell anyone what the songs mean. Anyway, it started off with a melody and the music. Usually we do musical stuff first and lyrics afterwards. I like the idea of writing lyrics and using sounds in the words that contribute to the soundscape of the track. Like choosing actual words that fit the music. If it’s scary music, I use scary words.

That’s quite an old one. One of our oldest tracks. It’s from 2013 and it’s not actually called “Black Mambo”. I wrote it while watching “Breaking Bed” so the TV series had influence on the sound of the song. I don’t know what it was. Maybe something in the music of the spot. The whole song is originally called “Crystal Meth” because that’s what “Breaking Bad” is about, but the record label just told us that we can’t call a song like that. So we had to change the name. Then I watched a documentary by Louis Theroux about Crystal Meth and I realised it’s nasty stuff. So neither did I want to call a song „Crystal Meth“. That’s why the sound is pretty dark. We still call it Crystal Meth, though. It’s weird! The title’s reference to nature has to do a lot with what we do from day to day. We were rehearsing the album in a shed in the middle of the woods. What we did while rehearsing was spending a lot of time walking through trees and stuff and waking up in the wilderness. We use to love this places!

We were on a short holiday in England and we went to the beach and got quite drunk. Dave’s ideas for the song came up right after we got home from the beach. That’s when it was written. I think that’s why the music is quite happy. It’s this beach party type of vibe. When we were recording it, Paul, the guy who runs the Studio, he just had a daughter. So there were a lot of children’s toys all over the place. It was actually Joe playing on one of those toys with his sticks. Big tuned pipes hit with a stick – that’s this kind of xylophone sound you can hear. It was really fun to make this tune. He also had a pot of water and was hitting it with wooden spoon. We also recorded that noise and used it for the song. That’s how the sound came up.

…started out with a beat I’ve done for a hip hop artist. I just had the bassline and drums and a little xylophone for the glockenspiel line on the top. I was going back through some old beats like trying to think which ones I should sent off to someone and was sort of playing that one. Then I played it a couple of times and the chorus popped into my head. As I was doing the chorus the vocal line popped into my head and then the rest of the vocals came. After about an hour of working on it I kind of shaped it ‘cause it was about eight or nine minutes long. At that point I sent it over to the guys. We took it to the studio and it just got cut in half. We’re really inspired by hip hop stuff like DR DRE and MISSY ELLIOT, old R&B like BEYONCÉ, a lot of psychedelic stuff, krautrock and old stuff we grew up with and that our parents used to play. Like soul music. In songs like „Gooey“ we just shake around with all those influences. There’s also a video which we like a lot, even though we did not have that much to do with it. We were on tour when we had to make the video for the song. So what we did is we thought about what the song meant to us and how it made us feel and we went out and tried to find directors and film makers who make videos that have that sort of vibe. We had this playful, cheeky, childish vibe in our head about the song and we found these guys called THE APIARY who make quite cool, very cheeky videos. So we were asking to send us an idea for the video. It’s more about the atmosphere than about an actual story.

It’s got that really oriental vibe and that Indian drum and percussions. Lyrically, it’s my favourite. I don’t know what Dave’s lyrics are about. You can listen to it and all you can do is trying to figure it out. But there’s a lion and weirdo creatures and stuff which I really like. It’s just the way it creates images in my mind. It makes me aloud to see things. And also the lyrics are really kind of interesting. Rhythmically! It’s the way they sound. It works pretty well in my head and it’s also fun to play live. It’s kind of wild and big and loud and kind of raw. And I think it fills space on the Album. It’s one of the poppy weird songs – exposed to be kind of primal and raw. I mean there’re some songs on the record that are really calm and smooth. This one is supposed to be quite spiky.

That was gonna be the intro of the record. Originally it was that piece of music that allows you to get into the record. It kind of builds and develops. That was why it was called “Intruxx” and what it was actually for, but then “Flip” came along and we were like „this definitely needs to start the record“. But “Intruxx” still definitely is important and it was really important for us to have it on the record. We put it in the middle so it’s kind of like a bridge between one half and the other.

That was the very last song that was written. Like right in the last minute. Like thank God. That was exhausting! I mean we came out of the studio and finally went home and Dave was like “Guys, It think I have just written another song”. This was like two days before we had the records finished so I was like “Oh my God… send it to me!”. But then it was really fucking cool and I thought this had to be on the record – that kind of bassline and the words. Dave basically did it all at home by himself which is great ‘cause that’s how the very first demos were made: Dave sitting in his bedroom with his cheap microphone and his cheap guitar. He uses to work as a DJ and after getting back from that he can’t stop thinking about musical stuff and has to do some homework. Normally he’d be just about to fall asleep and then there’s this boom moment – like a little melody poppin’ into your head and you have to get up to write down the idea. For me and the band it was cool because it was a way of leaving an anchor and remembering how everything started. So we’ve been to the studio and made the song bigger with all this new equipment. It’s cool! It sounds good to me!

It’s very different to “Hazey” in lots of ways – speaking about the instrumentations. Like one of them is produced very heavy and the other one is much lighter. But they can fit together. That was the whole idea. I was reading lots of books about travelling off. Like “The Island Of Doctor Moreau“. Moreover I was reading “Heart Of Darkness” and lots of books about people wandering off into the forest and gettin’ a bit lost. So it’s trying to recreate the atmosphere that those books have in a musical form. That was my intention.

…is been through many forms. It was initially quite similar to how it is now. It started really big and scary and then we turned it into ballet. Like really slow and just chords and the vocal line. We wanted to put it on the album like that. Just really, really stripped down and really, really soft. But then we thought: “Who wants a ballet? Not me!”. We kind of regarded it as a challenge like seeing how scary we can make it from this ballet in a very short time. So we just added so many drums and weird noises from Dave’s stuff. Like really scary and loud and we flipped that the other way round. There’s a lot of weird stuff in it. It was really fun actually. We just had one afternoon to make it intense – throwing stuff into the kitchen sink. And then it was finished and we were like “Cool!”. It starts quite scary and then it grows. I like to play that one on my drums. Just smashin’ the sticks!

That’s the oldest song of the record. It’s kind of a nice note back to when we first started as band. It wasn’t really the first song we wrote, but it was on the first EP that we ever released. That was back in 2012. We just like it! We re-recorded everything so it sounds very different to the original record. But we needed a moment of quiet on the record. Especially after “Wyrd”. Like a little breath. I think that’s it. It’s quite minimal. We didn’t really necessarily want to have old songs on the record. “Cocoad Hooves” really just fitted. It occupies a space that the others don’t. It fitted and I think it makes the record more complete. It makes the whole album better.

Well, I don’t tell anyone what the letters stand for! It’s just meant to bring the album to a nice and slow resolve. It’s meant to be like a smoky and jazzy type of feeling. Just another moment of relax and chill out at the end of the album. I leave you alone with your imaginations. It’s meant to bring you back to reality. Like “Flip” hopefully is hazing you into a totally different world, “JDNT” is supposed to bring you back in a nice and gently way. Like “Pooh, down on the bottom!”.