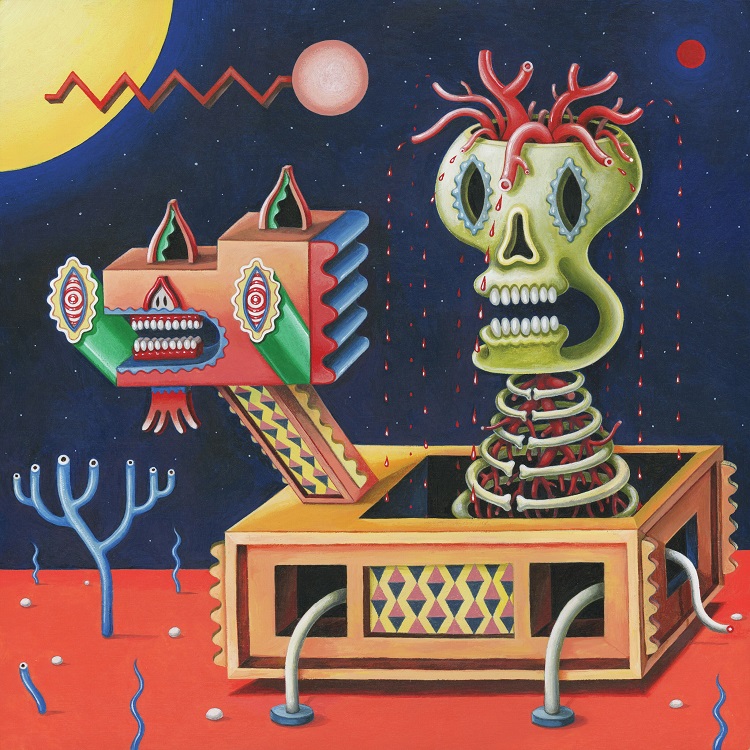 The title is „Journey“. I painted it for “Beautiful Monsters”, a group art show in GURU gallery in Mexico curated by Hellion Gallery. I think I put images about death and birth on it. In general the skull has the meaning of death but in Asian culture it also symbolizes change. I put veins and tree looks like veins as fractal.  I’m not sure the art is outer space or inner space or both at the same time. And the journey will not end. It will cycle birth and death forever. I would like to think like many sides as much as I can.

Yu’s artwork spoke to me in its complex seriousness and playfulness. The artwork was unlike anything I had ever seen before. Folk art fused with mandala like structures that tell stories unknown, and with each image I found myself asking more questions. Probably the most interesting part of all this is that Yu Maeda’s medium is paint. I think one could easily see these and assume they were digital but the painting element makes it so much deeper. Perfect shading and patterned complexity reminds of me the work of Paul Laffolly, as if he had once taken an interest in cartooning. We found Yu Maeda on Instagram. Although sometimes social media can feel evil, it’s one of the easiest ways to find outsider artists, putting obscurity at our fingertips.