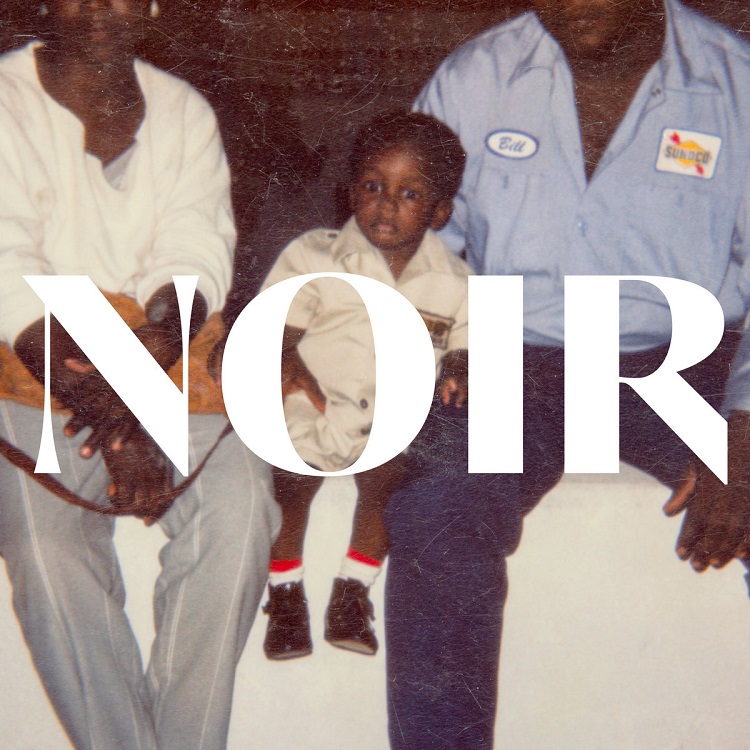 THIS IS (A) TESTAMENT

„This is (a) Testament“ is an ode to friendship. Now especially when my life has changed radically and I’m meeting new faces every day, I wrote this song as a reminder, a testament to things that really matter in life. In the chorus I’m singing that when it’s going up, it should be friends that you sing with and that’s the true essence of the whole song.

In „Vildhjarta“ the overall message is that believing will get you only as far as you believe but that will never be enough if you don’t do nothing to achieve the goals you have set for yourself. The title is a translation from Swedish and it means wild heart. The song starts with me saying: our prayers will not make us equal but it’s sweet for a moment, meaning that believing in equality is a good thing to believe in but if you don’t do nothing to actually reach that then how much can those prayers really change or do? It’s an idea that came to me while on social media watching how people were reacting to different tragedies and events we faced this past year. Personally, I am a doer. So rather than sitting around and talking about things I’ve always wanted to get to the root of the problem and try to solve it.

STARS IN YOUR EYES

The past year has been a struggle. At times it felt like fear, hate and prejudices were the only things surrounding us but at the same time we’ve been able to witness unprecedented strength and compassion as we’ve been tearing down our old monuments and building up new. „Stars In Your Eyes“ is a song about the desire to build something long-lasting for you and yours.

Sidney Poitier is an American actor who played the main role in the movie Guess Who’s Coming to Dinner. Kinda like the original Meet the Fockers from 1967. In the original movie the main character and his love interest meet her parents for the first time and tensions rise. It challenged the viewers on their prejudices and ideas of a black man and obviously me living in Finland I’ve faced similar situations myself. The song is like a modern-day version of the movie. Due to the fact that my album was loaded with a lot of heavy topics, I really felt the need to have fun with this one and the premise is very relatable which makes it a perfect song for live audiences. But if you decide to look deeper it’s simply a song about prejudices.

„Smokestack“ is an ode to a vibe. As long as I can remember I’ve been a huge fan of 60’s music scene. And for a long time, I’ve been vibing to old Woodstock tapes of Hendrix, Santana, Grateful Dead and much more. These performances were the inspiration behind this track. I simply wanted to capture the feeling of those days while bringing something new to the mix with 808’s and rap. And now especially during quarantine times I find myself missing festivals and days when we could gather in huge numbers just to celebrate. Right now all of that feels like a distant memory and I tell myself it’s just a phase and all phases are needed. With that in mind I wanted a song that has this throwback feel but still reminds us of all the good still ahead of us.

ON THE SIDE OF THE ROAD

„On the Side of the Road“ is a song about the ups and downs of life and how every phase is needed. The realisation that one day is going to be our last and so the question is what are we going to do with this borrowed time? Are we gonna stand on the side of the road or get on it? Are we gonna hold the foot on the break or go? My whole thing is that you never really know which choice is the right one. You can only trust your intuition and keep hope. That’s the part that makes this „ride“ one of my favourites. Musically the vibe is somewhere behind surf pop and progressive rock. A mix between something familiar and tuned out vocals.

COUNTING MONEY ON A SUNDAY

Capitalism is a machine that protects those that feed it but also a machine that creates chaos. Recently we were able to witness this very closely as the world was fighting the global pandemic. The rich isolated themselves while the rest were left to face their worst fears just because the machine cannot stop. Musically Counting Money on a Sunday is a progressive rock song with elements of gospel. With this I wanted to underscore the fact that we are at a point where you either worship the machine or try to break from it, either way, the money has to be counted.

„Hemostasis“ is a process to prevent and stop bleeding and it is the first stage of wound healing. Identifying as a man in modern society comes with various structural issues that we have lately started to address. Now we are seeing that there isn’t just one man but a range of people with different dreams and aspirations. But it wasn’t always like this and many of us are now trying to find balance between what was learned then and what is needed now. So the question is who decides what is right and what is toxic? How much weight can we place on structures or on nature? As the questions are constantly evolving and needs changing, all we can do is listen. Not only the things were told but what we feel as well.

„Exodus“ is a song about perseverance. That undying flame that keeps pushing you forward despite the odds and how they are stacked against you. The desire to live up to your full potential as a human in a place where obstacles are found way too often. A lot of times I’ve asked myself: is this worth it? How much further? Are we there yet? In this song I tried to put myself into that mind state of such hopelessness and see how can one still find hope? The song was first built around the African drums and again, I wanted this fusion of something more organic mixed with samples and synthesisers.

In „Mothers!“ I dive into questions of identity. Never meeting my biological mother, being adopted and raised in a different country that I was born in forced me to look at things somewhat differently. In the song I address the three mothers that made me the man I am today. Some of those connections have been lost while some grew to be stronger than ever. The way this song came together was very organic. Me and the band were having a break between a recording session when our guitarist started to play this melody and I told him to keep going, I think we have something here. A few moments later the song was written.

„It was August“ was probably one of the most painful songs I wrote for the album. Autobiographical by nature where I get back to my old style of rapping. On the track I go through my life, trying to make sense of the things that I’m seeing and feeling. Why I have issues with trust or why I don’t really have or even want to make new friends, fear of rejection …The song starts with me saying: so many things I never spoke out, maybe because I didn’t know how. But coincidentally I found the words to describe the feeling I have had most of my life.

With „Pushing up Daisies“ I wanted to share something very personal and painful: my struggles with depression and anxiety. Growing up in this world, where kids are told to man up at times of crisis, I often found myself in conflict trying to ask for help. If you are not bleeding then you must be fine, right? Bravery is something that comes in different shapes and forms and I’ve come to understand that just to live life one has to be extremely brave. Because life is scary and full of unknowns but the bravest thing we can do is to keep faith and keep living. Sonically I needed something beautiful but painful as the backdrop to really capture the state of mind, while trying to stay as uplifting as possible.