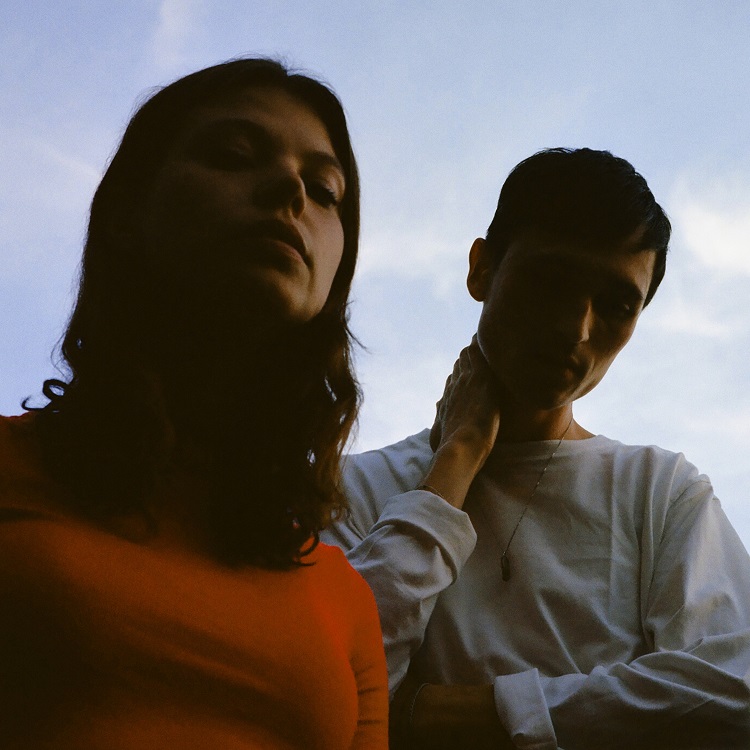 We wrote this song in our air bnb in Croatia, where the weather was warm and the water tranquil. It was the downtime for us after lugging around Europe for the last month. Downfall was the last song we wrote on the album and will always remind us of our memories made in Croatia.

We started this song in Portland, Oregon. It was originally a mellow song until we landed in Nottingham and found out we had a 3 am slot at a heaving nightclub. We didn’t have enough dance tracks at this point, so we spent our night in the hotel just before the gig making it into one.

We wrote this song after discovering Kelela. We both fell in love with her work and were greatly inspired by her. We wrote it during the summer with the studio windows and door open, it was one of the most energetic moments of making the album. This one was all about making it as textural as possible and trying to straddle the line between darkness and prettiness the whole way through. One of our personal favorites from the record.

We wrote this on tour when we were both really homesick. It’s about doing long distance and the effect that has on the one left at home. The words left unsaid, that instead circulate in one’s head. It’s a James Blake inspired track. We both really admire him and his work and it’s the first time we got to really show this influence in our music.

This is a palette cleanser in the album. We were contemplating turning it into a fully fleshed out track, but thought it was pretty special as is. I named it backwater because it made me envision a body treading in still water.

This one was triggered by overhearing a bad Skype call in our hotel lobby in cologne. The lack of intimacy led to a heated conversation. As soon as we went back to our hotel, I picked up the microphone and sang one of the lines i overheard and it went from there. There’s a huge disconnection when speaking through a screen, things can easily be misinterpreted.

We have a lot of fun DJing, so we wrote a production driven track that we could add into our DJ sets. Jacques Greene had just released his album, which is a great record to run to, and this track was written straight after one of those sessions. The whole thing took one day, the vocal was from another demo Chloe had previously sung over, so it feels disjointed from this track in a pleasing way.

Making distractions was made in a time of writer’s block. It was a rainy, ice-cold day in Melbourne and I had been endlessly sitting at my computer, but only managed to get a few words down. I hadn’t given the music much chance to breathe, so everything had molded into one. I secluded myself because i became obsessed with making music.

It was inspired by a close friend of mine and their technologically driven relationship. We caught up one night and I never actually had the chance to have a proper conversation with them, they were too preoccupied anxiously texting their other half.

This one was written on Simon’s home piano. We went through many versions of this track but stripped it back to it’s barebones as we thought it sounded the most honest this way. It was refreshing to make a song so underproduced, recorded through iPhones and cheap microphones. We didn’t want to over complicate this one, or make it too clean. Nylon is the most minimal and organic song we’ve ever made.

We had been listening to a lot of Four Tet’s straighter works and Daphni tracks, which made us want to explore using more organic percussion and sequenced synths for the main harmonic part rather than using chords. Those elements laid on top of a basic 808 gave us the backbone of the instrumentation and we went from there. A lot of our tracks start off as inspirations from instrumental music, which we then try and mold into a strong structure. It’s an odd way to work but keeps things moving when we’re tired of starting with chords and melody.