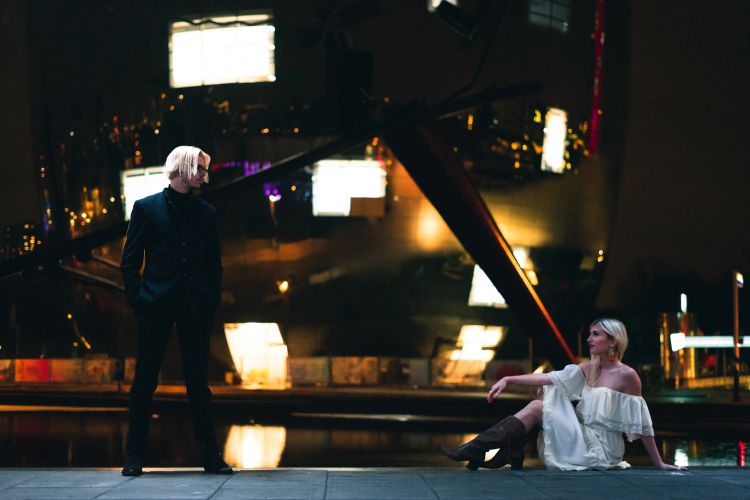 As building a time machine is yet to seem impossible, with the power of sound, Davy Knobel and Eszter Anna Baumann were aiming to do it in their own way. During quarantine, they surrounded themselves with their favorite vinyls and concert tapes in their tiny apartment, which resulted in writing their own tracks, inspired by their great musical heroes. LIGHT BY THE SEA’s full-length album entitled „Only Death Makes Icons“ (2021) was released shortly afterwards.

With the help of producer and music-geek Eddy Bopp, they brought back the forgotten sound, as the listeners can hear a really special instrumentation and sound of tape, thanks to Eddy’s studio equipment that even George Harrison and Genesis had used before. So far, four songs from the album („Eleanor“, „Crimson Sugar“, „Chelsea Is A Mermaid“ And She’s Soaking In“, „Mr Wonderman“) have been accompanied by music videos, which immediately caught the international media’s attention.

Since it is not often that a Dutch guitarist and composer makes music with a Hungarian artist, therefore in their music a really beautiful combination of the West and the East meet, as their sound consists of yacht rock, avant garde and folk music elements, and their lyrics are inspired by the ascension and fall of great heroes and sorrowful tragedies.

As in The Netherlands, only for a few weeks it was possible to play club shows, Light By The Sea luckily had a chance of touring in October 2021, playing two full-house record release shows, and supported Vive la Fête on big clubstages.
As the goal is set regarding a more specific musical style, Light By The Sea are currently working on their new songs which will surely make the people move and get them into a trance, where even time traveling might be possible.

About „Only Death Makes Icons“:

„The songs bring us back to the Golden Age of MTV” – Dal + Szerző magazin
„Very bombastic” – Luminous Dash
„With this album Light By The Sea have really put themselves on the musical map” – Ons Nieuws
„We are so happy that we can enjoy this delicious and honest musical journey”- Damusic
„This is a stylish, artful and classy art-rock release” – Spirit Of Progressive Rock
„I had a wonderful journey with this musical time machine from Light By The Sea”- Bluestown Music
„The tracks paint a separate world and are stringed like pearls. They take the listener with them. They are full of life!” – Rockbook 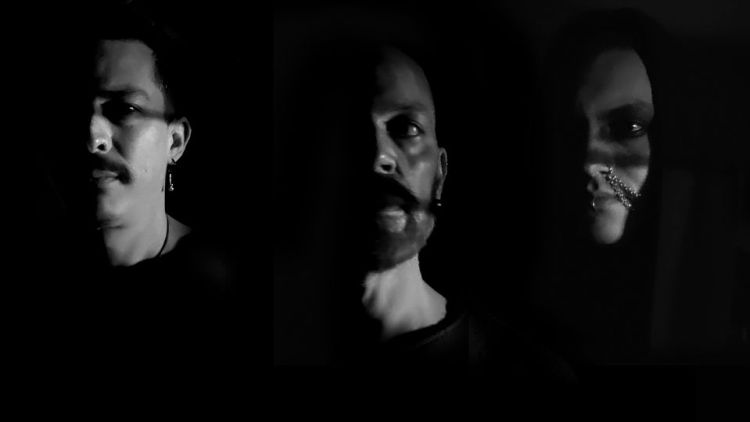 GÖTTERDÄMMERUNG’s style is a combination of gothic/post-punk/deathrock and electro. The band was formed in 1991 and signed their first record contract with Dion Fortune Records in 1993. Their debut album was released in 1994 and received great reviews. Several albums followed on various labels, and they also were well received. Götterdämmerung is somewhat of a forbidden fruit, or so it seems. The band is known by many in the alternative/post-punk scene, yet they remain mysterious and sometimes unknown to the larger public. Mainly because their unique sound and disposition are ‚bloody‘ difficult to put a label on.

In 2021 the band celebrated their 30th anniversary and at the same time they keep rising like a phoenix from the ashes. This time armed with a refreshed and ambitious line-up and a new record deal with Alice ln../Dark Dimensions. Their new album entitled „Intensity Zone“ has been released in September 2022 and has received raving reviews so far.

„Intensity Zone“ marks the return to the old school deathrock/post-punk sound, aggression – packed, full of energy and a raw sound. In other words, different, yet unmistakably Götterdämmerung.