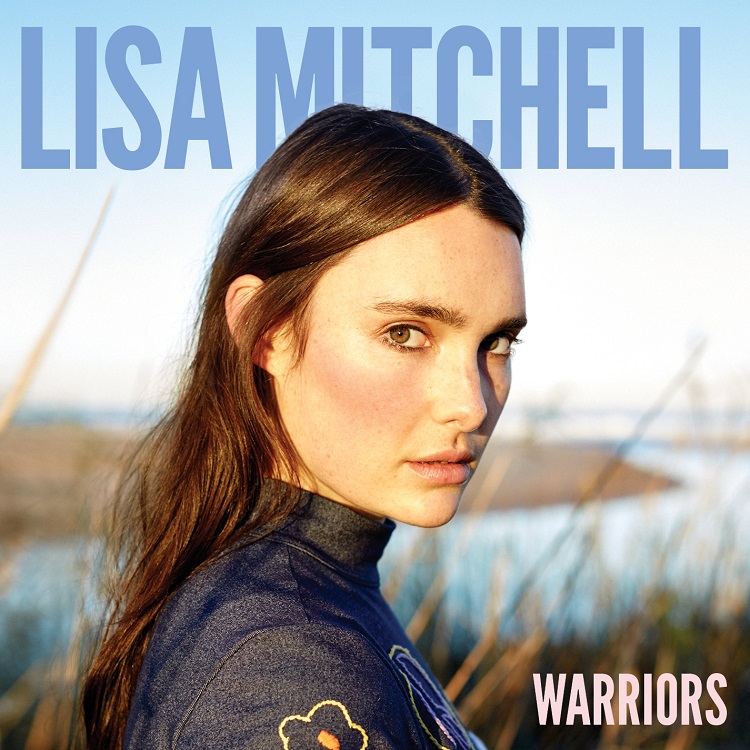 I wanted the cover of the album to be in a natural environment as I adore being in nature and some of the album draws on memories of my childhood, which was rural Australia… We ended up doing the shoot near Sydney in the warm sunset light… Inside the album, the lyrics are scrawled by me, onto a big 2-sided fold-out poster.

I wrote this one after spending a day with a bunch of mates who happened to be all boys. One of their Dads had just passed away, and so that was the underlying feeling to the day… It felt special; they were there with him, honouring his Dad, in that non-verbal joyous way that men are so good at. As a woman I was surprised and refreshed by their buoyancy with each other, it was uplifting. To record this, Eric J, who produced this album, brought in drummer Matt Johnson (Jeff Buckley, St. Vincent), bassist Rob Calder (Angus & Julia Stone/Passenger), and regular guitarist and collaborator, Tim Harvey.

The title track, was inspired by growing up in the country. It gave me a lot of respect for the natural world, as when you’re a kid you are really in-tune with its power, immensity and its language.

This song was released recently as the second single off the album. I wrote some of it in Australia, I was angry about some stuff, spent some time in beloved Paris, and ended up finishing it with Ant Whiting, an amazing London producer and writer friend that I worked with a lot on my first album, Wonder.

Inspired by a dear friend in her journey of motherhood, her bright shining light, her ever-renewing self.

This one was inspired by my friend Ben Lee and a journey with plant medicine which showed me a new way of seeing and being. It is also inspired by Vali Myers, an Australian artist who I never met, as she passed in 2007. Through Ruth Cullen’s documentaries, Vali’s art & diaries, and the many enthralling stories that I am lucky to hear through one of her close friends I have come to have a strong sense of her. I see her as truly wild!

The last song written for this album. I wrote it while working with Eric J in the studio. We were listening to The Lemonheads, The La’s, great nineties pop, and I think it all just smushed into me and this song happened. We finished writing it together, Rob Calder blessed it with one of my favourite basslines ever and Matt Johnson sent it home.

A love song to feel the feels.

As an experiment, I wanted to write a song from the perspective of The Earth or nature. When I listen to it now, the general message is kind of heart-breaking. It is as if the earth is saying, “love me! Love me like I love you. Cherish me like you cherish your palaces and your lover and your chapels.”

This song was inspired by an imaginary saint who represents hope, and the inextinguishable light in everyone.

The final song on the album is one of my personal favourites. It’s called, Love, Death X. Inspired by The Book Thief, a novel by Markus Zuzak. Written from the perspective of death.