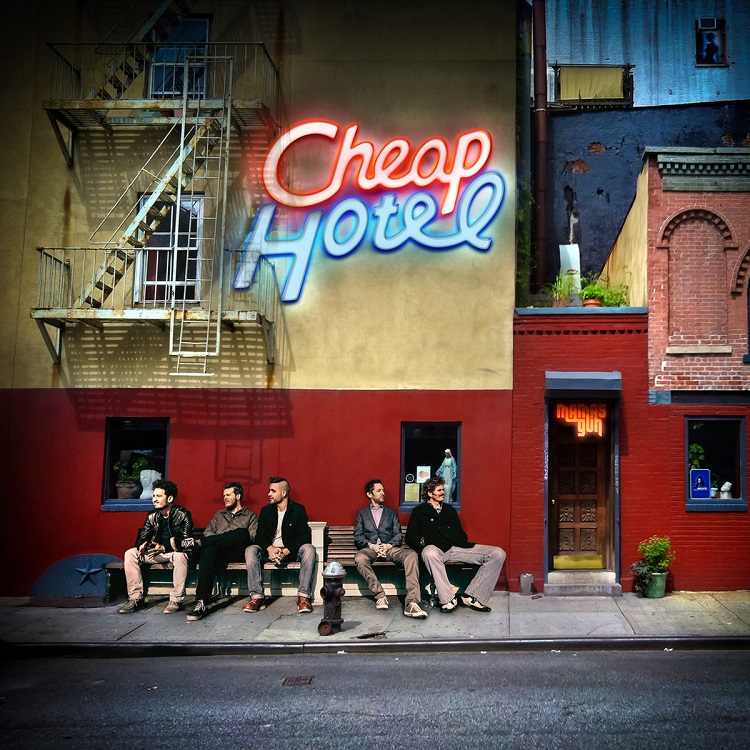 The lyrics tell the story really. A song about nostalgia, life choices and tracing the roots back to when I first started making music and writing sounds – when I was around 8 or 9 years old. Staying up late and recording fake radio shows and making up songs which I recorded onto a little cheap red cassette… I always like the idea of uplifting songs which revolve around one simple chord sequence. Influence-wise we were trying to our own take on the Isley Brothers ‚Harvest for the World‘ but ultimately we manoeuvred it into our own kind of poppy style.

Again, the lyrics set the scene –  a bit of fun really. I was very stoned on high grade cannabis in Amsterdam, staying in an awful hotel. Couldn’t sleep, so ending up just writing songs all night in room 317. I still have a folder marked ’songs from room 317′. Only one was really good enough to have a life – the title track of this album! The middle 8 ‚conversation‘ was inspired by Frank Zappa and something quite bonkers of his I’d heard at the time.

Jack (Drums) came in with the main chord progression and rhythmic idea for this tune, an unusual 6/4 feel which is quite distinctive. We got talking about a video on the net Jack had shown us showing an old man in a nursing home reacting to music from his era. I thought it was so powerful, so sad and at the same time so joyous and so demonstrative of the power of music that I was inspired to splurge out a load of lyrics that night. Funny how some things leave an idellible print on you. Terry penned the wonderfully melodic guitar riff, I had come up with the melody…between the three of us we wrote the other sections and it all came together pretty quickly.

No doubt the influence of The Beatles and Jeff Lynne hovered above me when I was writing this. For me ELO combined fantastic Beatlesesque songwriting with a bit of the flavour of American soul/r&b and the bombast of Queen. Three musical ingredients I personally really identify with. Lyrically it’s about the capricious nature of love and the threat of it never becoming real….but ultimately being okay with that. This went through several stages of evolution to try and give it a sound that sat well in the context of MG and the song’s prevailing influences.

This was a real collaborative effort. Another 6/4 tune. Jack had written this extremely cool beat and instantly a jam pretty much yielded the component parts of the track. Jack and I worked on the lyrics and melody which are a bit of a commentary on people’s dreams and aspirations. We wanted a G love / Beck ish feel to it.

I’ve had this tune sitting around for years but never found it a home. It’s all about the chorus in this tune and the vocal is the original demo vocal from 2008(!) – the wonder of technology. We built the music around the existing lead vocal trying to find a place in between mid-tempo and ballad that worked. A lot of the component parts are from the demo too.

I wrote this originally as a reggae tune and you can still hear it in the music, just not as obviously dressed as a reggae tune. I was listening to a lot of reggae and dub and got into a period of testing every song I wrote in the reggae style to see if it was any good…! The lyrics are about a very iconic guitarist. This tune was quite neo-soul when we worked on it in rehearsals but when we went into the studio, Jon Kelly had got the drums sounding so phat that we went with a much fatter harder groove to really give it space. Everyone had some fun getting experimental with the effects and ’sonic painting‘.

PEOPLE ON THE RUN

This was written at the time or just after the 2011 London riots. MG was in South Korea and we were all shocked at what we were seeing on the telly. I like the fact that the chorus feels quite uplifting but the lyrical content is actually quite bleak and sombre. It’s about people displaced and also the effect the riots had on people unconnected to the root issues and neighbourhoods.

Terry had come in with the chorus music and lyrics and middle 8 for this song and was fleshed out pretty quickly by him, myself and Jack. I added some melodies and lyrics….about the infinite nature of love, regret and music. Musically we were tipping the hat to Fleetwood Mac, David Bowie and the like. One of the few tunes
to be underpinned by acoustic guitar, which we don’t tend to use that much.

Our original bassist Rex Horan left us in 2012 but not before writing a fantastically hooky bassline.  Actually this is the only song to have been written by all members of MG, past and present. The sound is classic MG – fun, funky and with a bit of dirt thown in. Lyrically it’s about the hypothetical Frankensteining of Michael Jackson and Samuel L Jackson. The music is a bit of a homage to the Jacksons but put through the MG weird filter. Another real collaborative effort.

I was going for something really different and off piste with this. Kinda Talking Heads / Prince and actually Jack mentioned that it nods at Peter Gabriel. Simple, visceral, pumping… I imagine all those extreme sports / daredevil types when I hear this. Jack came up with a bonkers drum part which really lifts the recording.  It was the quickest and easiest song to mix. But it’s one of the hardest to perform live.