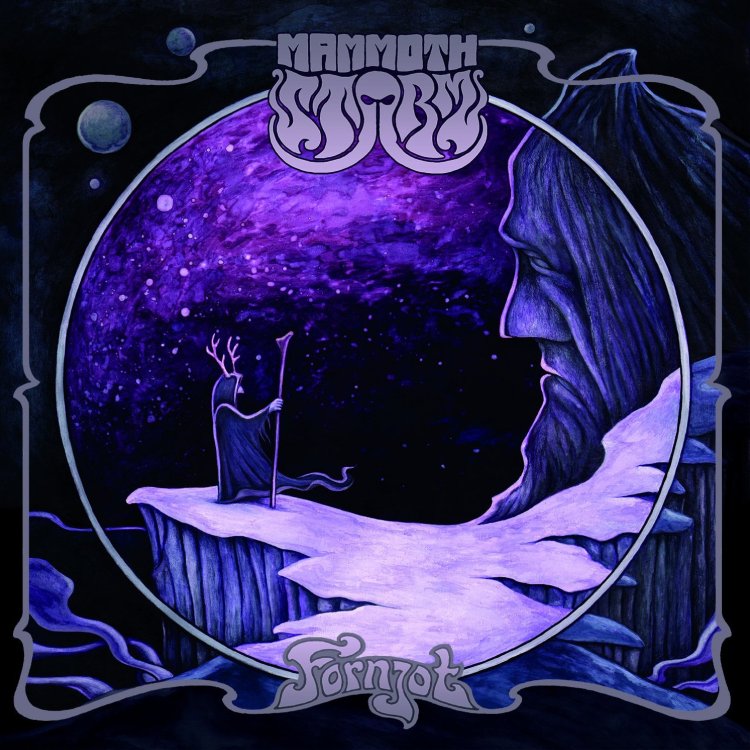 This is the natural first song of the album. It is a long, extremely heavy and epic song about the downfall of a civilization. The song is based on one 4 chords riff which plays almost through the entire song except for in the verse part. Upon that riff is added lots of epic melodies and vocal arrangements and together this is probably the most epic song on the album. It was the first song I started to work with for the album.

”Vultures Prey” is probably the most ”hit” like song on Fornjot. It is a bit ”faster” and more direct song than the others, and basically the only song which has a clear refrain. The lyrics are about the mammoths marching to try and escape their own extinction. A very fun song to play live.

This is an instrumental piece put together by our guitarist Christer. It has a very middle-eastern touch to it and consist of layers and layers of guitar melodies put together and forming into what you might say a small crescendo. The title is a little flirt with Tiamats debut album with the same name.

The title track of the album. This song starts off with such a heavy riff which I really feel is one of the biggest trademarks of Mammoth Storms music. In the verse it all smooths down a bit and I was using more clean vocals here, but then it picks up again. As most of our songs it has lots of epic melodies in it. I love to write songs which are building up through and end in a kinda crescendo and ”Fornjot” is definitely no exception.

We had another song in mind for the recording of the album. But in the end it really wasn’t that good. I sat down and wrote this one just some days before the recording would begin. Entering the studio I hadn’t made clear for myself I would do the vocals and the lyrics weren’t finished. In the end it turned out to be a really great song. I am using more clean vocals. The half ending part of the song builds up with a single, clean guitar playing the riff and then it all explodes into a really heavy ending with pumping riffs and harsh vocals. The lyrics are about a ritual taking place where a virgin is sacrificed to please the Gods of this sect naming themselves Horns of Jura which contains of these masked people which you can find on our album covers and which has become somewhat of mascot of the band you might say.

As the title refers to this song is about the big volcano Hekla on Island and the old myths about it, believed to be one of the gateways to hell. This is the longest song on the album. It is a slow and epic song. But it has an ending which is really heavy and has a huge banging groove to it with very heavy vocals.

”Ancient Apocalypse” is added to the album as a bonus track. This actually a re-recording of the first song we ever wrote and which you can find on our digital demo. The song is more heavy in a way that reminds more of the classic stoner/doom sound. It has a slow groovy tempo which goes through the entire song, except for a part in the middle. Perhaps it is more true to the sound which Mammoth Storm used to have more than the one we are true to now but we felt it would be great to add it to the album and it still is a great doom song.