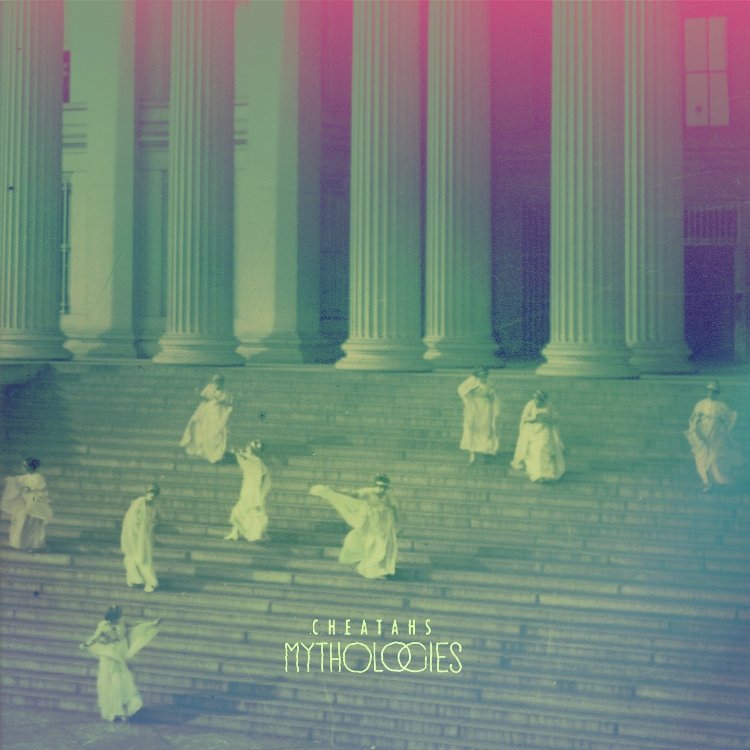 This was one of the quickest songs to be written. Nathan came in with a chord progression on guitar. We swapped it with an organ, added a beat and some overdubs, and had a complete sounding demo within an hour. The lyrics were inspired by a painting Nathan saw in an old Cathedral. Red Lakes and Vermillion were types of paint used in classic periods. Red Lakes didn’t keep their color and faded much quicker. When Nathan came up with the lyrics I thought about a book of short stories I read by Stefan Zweig: ‚Decisive Moments in History‘. In one of the stories he writes about how destiny favours the powerful because they are capricious and elementary – like destiny itself.  He writes about pivotal moments in history and how sometimes destiny gives the average person a chance to be part of the ‘bigger picture’. To seize these opportunities one has to show courage as the opportunity will only present itself once. This passage always left a strong impression with me, and felt it was a perfect fit for „Red Lakes“.

James would often mess around on guitar for hours at home, and record bits he liked onto his iPhone through the phone’s mic. The guitar riff that starts this song was one of those snippets. We tried emulating the iPhone demo with real guitars and keyboards but never came close to achieving a satisfying result that could compare to the original iPhone recording. We composed the song around that recording, and as we were never able to improve upon the original iPhone sound, we kept it in.

This song is essentially the demo version – we barely altered it from how it sounded the first day. It’s just a snare loop I recorded in my living room and a couple of guitars. The album is sonically dense, so I’m glad we kept this one quite sparse and honest. The lyrics James wrote are a comment on social media, he was particularly interested in how all of us ‚mythologise‘ ourselves in the way that we present a particular version ourselves to others – social media’s ubiquity adding another dimension: ironically, while social networking sites profess to bring us closer together, the projection of a constructed  ‚ideal self‘ creates a profound gap between the user and the version of themselves they show to the world.

About a year ago we spent a week in an old church in Ramsgate that had been converted into a studio, just writing and recording and figuring out what kind of album we wanted to make. We jammed countless ideas, but this is one of the only songs on the record that actually came out of one of these sessions. The finished song retains that initial live feel. You wouldn’t know it, but we went through over a hundred different versions during recording, only to end up right back where we started. I kind of wish I could get all those hours and days back, but then again, sometimes you just have to go through the process. The lyrics are about James being hospitalised in New York at the end of a US tour last year, and the experience of walking around a pretty dangerous part of New Jersey at 3 in the morning, still ill and slightly out of it after he was released from hospital, and waiting to get on an early morning flight back to London. The Greek mythology imagery he uses  in the lyrics reflects the feeling of being on some weird odyssey and feeling slightly detached from the present.

This is the first of several songs built around a pre-existing keyboard riff of Marc’s. He makes electronic music at home, and it was helpful having some of those ideas to use as a starting point. We tracked half the drums for the album in proper studios and the other half in our houses. You can hear the difference on this song. Most of the song features drums recorded in Chem 19 Studios in Glasgow, but the drums in the middle eight were done in Marc’s bedroom. We set up at Marc’s house for a lot of the Mythologies sessions. He lived in an disused office building, right next to MI5 on the Thames river, which in the 1980s housed an anti-terrorist unit. We had a whole floor to ourselves and lots of space to set up and experiment with drum sounds in huge rooms, letting guitar amps scream down long corridors. The chaotic, tumbling synths in the outro were a happy accident. The files didn’t line up properly at first, but we liked it and left it that way.

This song is an example of how one person would bring in an idea, and someone else would champion it and reinterpret it, which happened a lot. The original chord progression was from a demo of Dean’s, but James completely rewrote the melody and lyrics, turning it into a completely new song.

This was another of James‘ iPhone guitar snippets that got turned into a song. We were never able to recreate his exact guitar pedal settings for the loop that begins the song, so we kept the original iPhone recording. The song was originally much more electronic and syncopated, but we eventually rewrote it as a driving, heavy guitar song.

Despite its simplicity this song went through many variations. The noise freak outs that happen after the verses were actually recorded for a completely different song. We combined the songs in the computer and it just so happened to work, tempo and key wise. It’s those kind of things that only happen if you take the time to take things apart and put them back together, and I’m happy we did. The segue at the end is an electronic composition of Marc’s.

This song was written around a keyboard loop James had created at home. Marc put down a driving beat, Dean played simple bass line that is almost all on one note, and Nathan came up with a melody. The lyrics are „Supraphysiological now“. Definitely the shortest lyric we’ve ever written! Live this song can sometimes stretch over 15mins. We enjoy creating alternative versions of existing songs for live sets. The idea is that the song as it exists on the record is just one example of its form and can change in many variations depending on how we feel at this moment in time. This way we keep the music interesting for us and for our listeners. „Su-Pra“ is a perfect example for this.

This song began as a demo of Dean’s. The lyrics were re-written by Nathan with more of a mythological slant, and we asked our friends Liv and Heather to sing on it for us. It’s the only Cheatahs song so far where the lead vocals are sung by someone outside of the band.

Another song written around a keyboard line that Marc came up with. Nathan wrote some chords and James ad libbed a melody. Someone noticed the melody sounded vaguely Japanese, so we decided to sing the song half in Japanese. The lyrics are inspired by The Tale Of Genji and are vaguely about Dean’s parents meeting for the first time in Japan.

This song came from the same session at the church in Ramsgate that spawned „Freak Waves“. The song was written and recorded in the space of a few days there. Nathan and James were jamming on guitars for countless hours and this is one of the ideas we turned into a song. The odd time signature was the combined result of different members hearing the start of the measure in different places.

Another of Marc’s pre-existing keyboard lines turned into a song. Starting songs with loops and keyboard lines was a new thing for us and really helped lead us in directions we wouldn’t have gone if we only wrote on guitar. We’re still figuring out how to recreate the massive organ sound for live! I lived at Dropout studios in Camberwell a few years ago and would spend a lot of time with Tim from Part Chimp. I remember him playing around with a combo organ and really making it scream with way too much distortion and overdrive. The sound I heard stuck with me forever and I always wanted to recreate it. The organ sound on it is probably the closest I ever got to recreating what I heard that day. The idea behind the melody line is that it first gives the impression of just being a simple loop, but when listening closer one can hear a steady rising of the chords into infinity, like a Shepard Tone.