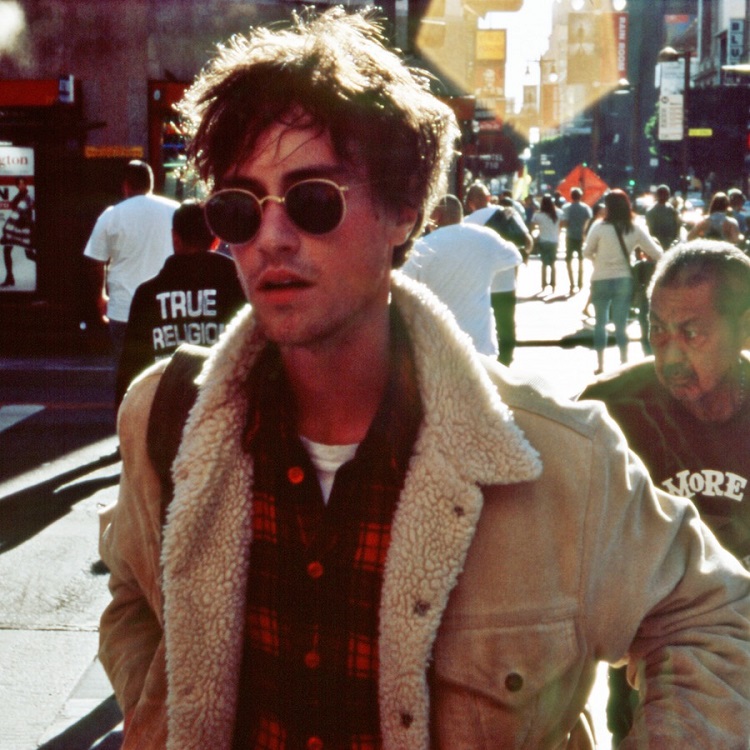 We recorded this one at Electric Lady in New York. It’s one of the few songs on the record that I kind of had in my pocket for a couple of years. I had written it one summer when I was in Des Moines, feeling bummed out about my life a little bit and wanting to get out. I recored it, put it on my computer – and then never really thought about it again. When I played it to Inflo [der HipHop-Produzent hat gemeinsam mit Jury an etlichen Songs des Albums gearbeitet, Anm. d. Red.) during one of our first sessions, it took on a whole new life. It ended up being the first song that we recorded for the album.

STANDING ON MY OWN

This is an interesting one, it made the record kind of last minute. I did it in Richmond, Virginia, where it was produced by Mathew E. White. I had booked studio time with them to see whether it would be a good working combination, so I got to know him and his collective, which is sort of reminiscent of Mussle Shoals in the way they operate. We cut it, they touched it up a little bit. The verses I wrote back in Des Moines, while I did the chorus together with my friend Owen in London.

This is one of my two or three favorite songs on the record, recorded with a good friend of mine in North Carolina. We were chilling out, drinking beers, sitting outside the studio around 11 o’clock that night, and we ended up talking about a mutual friend and how we felt about what she was going through. So we wrote the songs that night in maybe 30 minutes, playing together, bouncing ideas off one another. Then we demoed it out, and the next day we recorded right away. It all happened super quickly. We did record it kind of just for ourselves, because after work on the same songs you have known for a while you can get bored. We just needed a break from that and didn’t think this song would actually end up on the record. Our friend, well – we have yet to find out what she thinks about it…

Recorded in London, written with Justin Parker who also wrote “Video Games” for Lana Del Rey. We got into the writing room and wanted to do something up-tempo, sort of as an exercise. We also tried to channel Fleetwood Mac in this one.

Another Inflo-Koop – and he added a lot to this one! It is the song on the record that I am most proud of, just because of the amount of work that we put into it and the number of tracks that are on it. It is the most realized song on the album. I really like the guitar solo, which is kind of out there. He came up with it all by himself.

It’s about a real person – and her name is Ella! (lacht) She is from North Carolina, and she… she’s a character! She dropped out of high-school when she was 15, lived in a tree house, she is actually a blacksmith, welds iron and stuff! She has her own chickens and makes her own moonshine. She’s a wrecking ball!

This one’s about the time when I was living in Boston and seeing a girl in New York, all this going back and forth without never knowing where I should be. It has this title because to me the song is about regret, wishing that I could go back and do things differently, which is a theme with a lot of my favorite writers.

I wrote it with Amy Wedge who wrote “Thinking Out Loud” by Ed Sheeran, so I really wanted to work with her as that song sounded realy old-school to me in the way it played out. The bass part on this one is amazing – the player did it in one take. We also found out that we went to the same college in New York, just at different times.

Recorded in North Carolina. It is about basically about how I grew up and what it means to… (bricht ab) Let me start over, I don’t like the way I started that. Basically… I guess it’s just sort of about transitioning from my former life of being in Des Moines to doing different things, meeting different people, being in more superficial situations, struggling and coming to terms with questions like: Is this what I want for my life, am I having fun? Is this cool?

A pretty personal song. This one started as a rather traditional folk song, but I was listening to a lot of Joni Mitchell when I wrote it so I wanted this jazz/rock/fusion thing in the middle to make it interesting. We had a lot of fun with that part trying to sound as psychedelic as we could! (lacht)

Written in London with my friend Owen. It’s about missing home. The heart of the song is the idea that the further I travel down this road the less and less present home is in a sense so that eventually, worst-case scenario, there’s really no home to go back to. Not to be over-dramatic here obviously as I’m having a good time on the road – the song just deals with what happens when you lose that part of you.