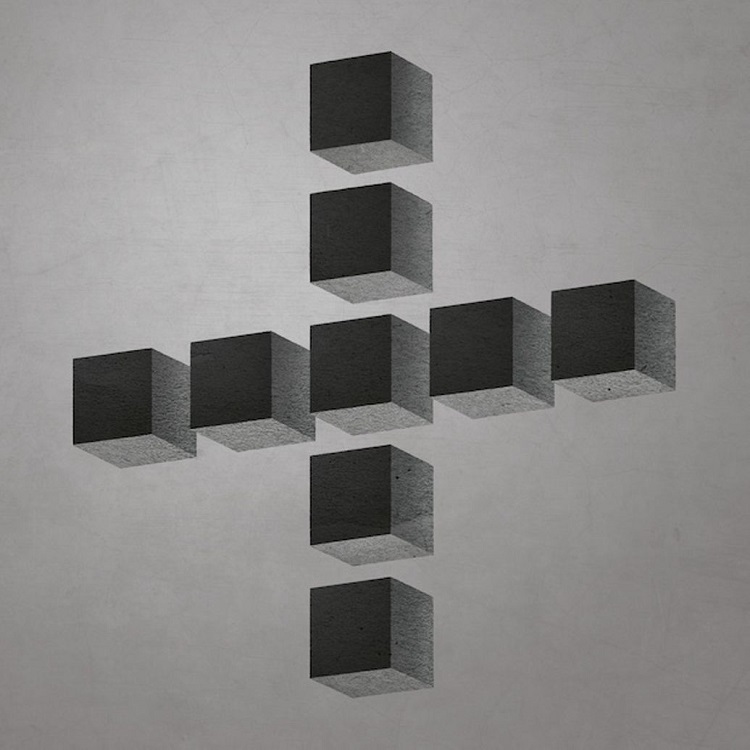 The cubist, cross artwork was the brainchild of Justin, he had the idea and vision from very early on in the whole process.  Justin has a real interest in design, mathematics, symbology and actually carries a moleskin sketchbook around with him that is full of of cubist pieces he draws when he’s out and about.  They’re really cool pieces actually, I don’t think he shares them with anyone, more for his own pleasure. The main inspiration for  that particular form that is now the logo / artwork came from an instagram photo he took of a light fitting in a swanky hotel in Mexico. From that image he worked closely with Adrian Burrows (3D guru)  and Rob Hadfield (Designer) to realise what is now the artwork.

GIVE UP THE GHOST

Swirling choirs, strings and the big ass drums into the kick off it was always going to be the opener to the album, it maybe the shortest but it holds its own and definitely sets the album up!  This track came together really quickly actually, in fact the whole album was pretty much hassle free, but this particular track was no bother at all! it just happened as if by magic.

All  of the album was recorded individually and sent via the worlwideweb to Justin to assemble and arrange, I did however re-record most of my bass parts up at Mogwai’s Castle of Doom Studio under the watchful eye of Mr Tony Doogan.  This was the first time I had actually met Stuart and from memory was one of the first tracks I did (via Carol Kaye / Axelrod sessions)

This song started with a piano motif from Rachel and was originally quite sparse and brooding  but with a bit of Yamasuki and some dark strings is now as it is.  I Love all Rachels vocals but particularly love the melody line on this one, a touch of the carpenters. Remember getting the first mixes back from Paul for this and the bottom end sounding so big and heavy, he added an octave effect on the bass and that made a massive difference and works really well. I’ve got to say Paul certainly did an amazing job mixing the record, really added another element to the whole sound of the record. A very talented guy indeed.

SCATTERED ASHES (A SONG FOR RICHARD)

Total shangri la’s smasher of a pop song, love that pop organ. Also features the distinct  lush tones of James of Twilight Sad fame.  * The bass part at the start is a mistake but was never questioned so it stuck*

Love the sparse first half of this track, the guitars, strings and Rachels vocal works beautifully with that instrumentation and then the build into the end which was a blank canvas for Stuart to go to town with his guitars.

There’s not much to say about this track really, the whole song centres on Mark Kozelek’s lyrics and the duet between him and Rachel.  You need to listen to it, there’s nothing hidden in there, it’s truly captivating and Stuart plays a mean Marimba. No end to that mans talents

This is the first track that Justin and Rachel started working on together so I guess it is the first Minor Victories Track! Wide and cinematic as you’d expect.

Featuring the Mbira, an african thumb piano and a straight up motorik beat,   Does that make it world music?!   Again, my mistake introduces the track very nicely.