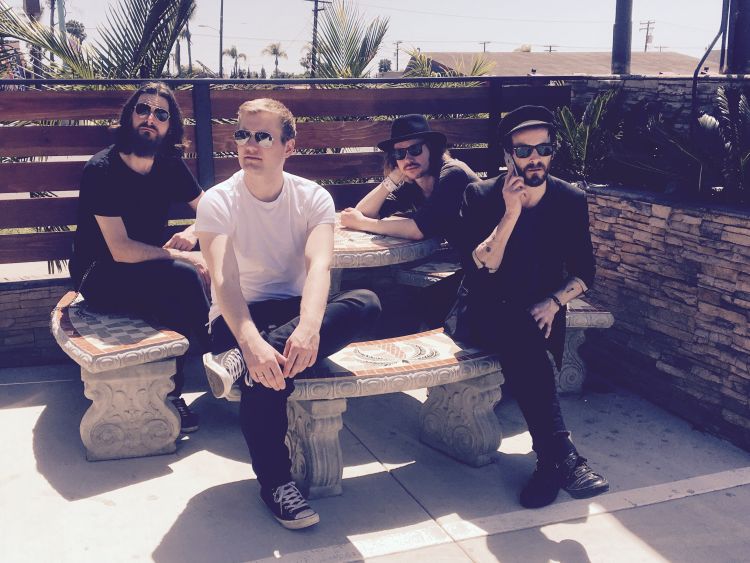 Oslo’s MAYFLOWER MADAME are purveyors of darkly inflected post-punk swathed in shimmering psychedelia. Their debut LP „Observed in a Dream“ (2016) earned them excellent reviews and tours in both Europe and North America. Through eight tracks of psych-theatrical ingenuity, shady shoegaze and 1980s dark romanticism, the album conveyed the wintry feeling of their home country – icy and gloomy, haunting and majestic. In conjunction with a 10-date U.S. tour in May 2018, they released the EP „Premonition“ as a teaser for their awaited second album (which will be launched later this year).

„A magnificent debut that offers an irresistible musical essence of Nordic Noir.“
Louder Than War

„Their sneering vocals and wickedly distorted guitar riffs are pure Jesus & Mary Chain, the ominous, echo-drenched atmospherics recall Sisters of Mercy, and the overall and very palpable sense of fear and dread harken back to Faith-era Robert Smith.“
BlackBook 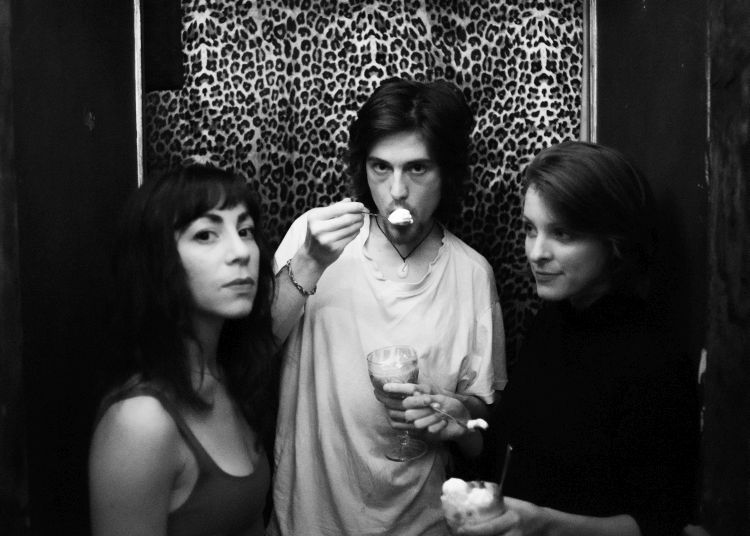 The twisting spiral guitar and dissonant synth sound of KAMOOS was formed in Berlin when British expat Juliette and Berliner Vivi, whom had both been playing in scene garage bands decided to team up and start a band together. Drummer Felix joined some months later.

Following the successful release, party and video premiere on Indieberlin of their first single „X-Ray Me“, which has gotten some media attention earlier this year, „Slow Demise (of the Brain and the Bust)“ is Kamoos‘ second release on Berlin’s Duchess Box Records. It’s an edgy ballad with driving, gritty guitars, phat bass-lines and catchy vocals. It recalls sounds reminiscent of The Doors, Yeahs Yeah Yeahs and Shocking Blue, but really it’s totally Kamoos-y. 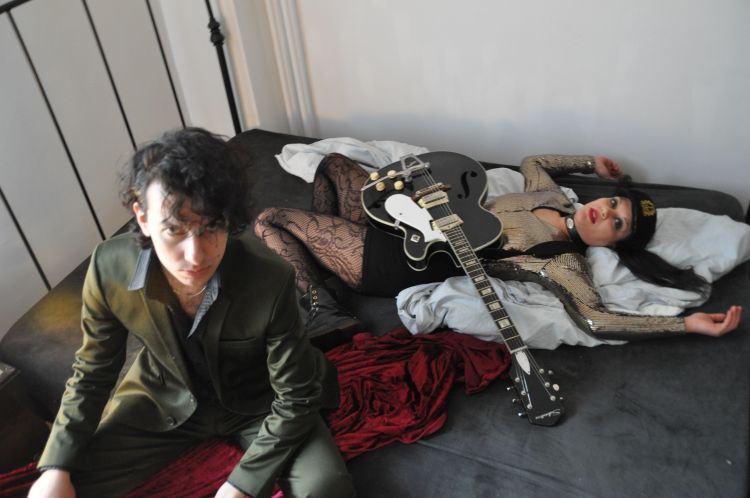 The most distinctive thing about STONY SUGARSKULL is her unique vocal style and hypnotic transcendent delivery: a collage of dreamy, playful, innocent, ironic, clever, with earnest, spiritual, psychedelia thrown in – a kind of detached arty Velvets thing happening.

„‘Show me your sex and I tell you my genre!’ say Berlin and sometimes sunny L.A. based duo Stony Sugarskull. From dreamy shoegaze post-punk to hitting edgier grungey notes… we are hooked.“ – Louder than War