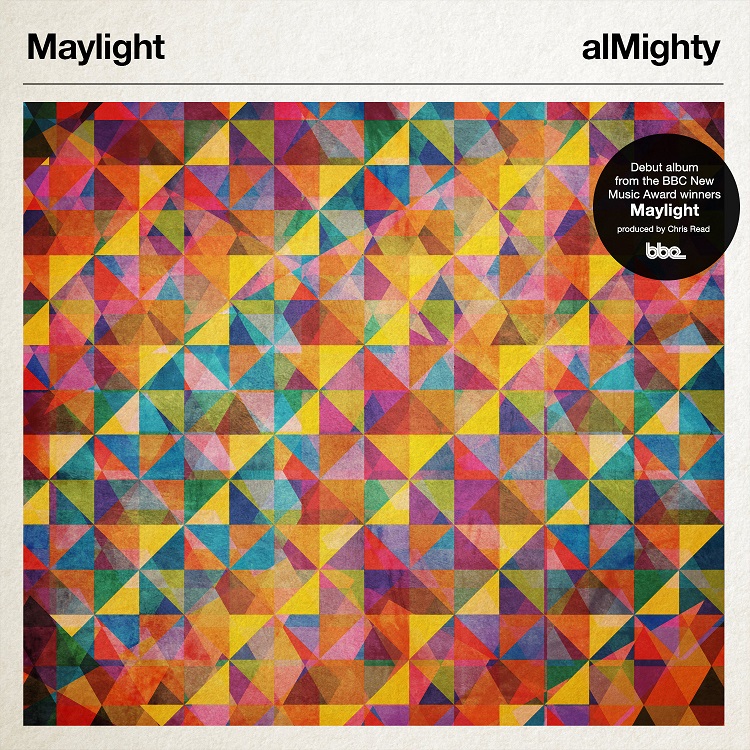 Back in 2011 we won a BBC New Music award thanks to the efforts of our saxophonist Mary Wakelam. Our prize was a bursary which allowed us to get into a decent studio to start recording our album, so in late 2011 we spent a week in Pinewood Studios writing and recording. I think we were all a bit optimistic about how much we’d get done in the time and we left with an EP’s worth of decent but not quite finished songs. On our last day of recording it was becoming clear we wouldn’t be leaving with a finished record in our hands so we decided to make the most of the recording facilities and just record as much freestyle material as we could, knowing it could be re-worked at home into something more presentable. It was some sort of free jazz with an electronic edge I guess. What ultimately became the intro is a slightly reworked extract from one of those freestyle recordings.

This was actually the first ‚proper‘ track we recorded. It started as a more straight up neo-soul kind of thing – Rhodes, bass, rimshot-ish sort of drums. I took it home after we recorded it and added all the arp synth parts and re-did the drums and then we re-recorded the next day against that revised version. Deconstructing Rob’s solo at the end and reconstructing it with all the glitches was one of the most time consuming things I’ve ever done! This was our demo track really and it’s been floating about online for some time and ended up in a Samsung advert a year or so ago. We re-worked it adding some new elements for the album. It will also be our second single with a bumper package of remixes from folks like Oak Welsh from the Hics, Real and Drumagick.

BEAT OF THE HEART

This is one of the more recent tracks and sits in that 70pbm / 140bpm crossover neighborhood. The song was built around the Rhodes part which was again an extract from one of our freestyle studio recordings. Against a pretty bare track of Rhodes and drums, the vocals, horn parts and finally synth overdubs were added. The song featured in a video for the calligrapher Seb Lester last year. It’s also our first single which features an excellent remix by Menik.

This too started life as fairly unstructured studio recording. The main thing that remains in tact from the original recording are the drums, performed by Jim Bashford. I remember pushing to get them played with as much of a limp as possible and I love the way he played it. Rob did a great job on the Juno with the dark synth stuff and Joe Egan with some really subtle horn parts. It made a perfect backdrop for all the spacey atmospheric stuff that I added in later. Love the way Lizzy’s vocals move from breathy to textured to quite sharp in different parts of the track.

I’m not going to say the name of the track, but this was heavily influenced by a particular track I was listening to at the time we were recording. I wasn’t really sure if this would ever progress beyond a sketch to start with. We never really recorded a vocal for it as such, so all the vocal parts are chopped up samples of Lizzy’s ideas we recorded for reference purposes while writing. Once we had that chopped vocal in place, Rob did a bunch of synth overdubs and I did a few bits too and then finally Percy put the horn solo in. It’s definitely an album track sort of song but it has its own character.

This is one of my personal favorites and one of the later recordings. This too is influenced quite heavily by a specific song I was listening to a lot while we were recording. The drums are the giveaway I guess. It’s mostly 808 sounds, but I wanted to use them in an uncliched way so there’s fairly extreme swing on them and lots of reverb in the snares. The half time section at the end was a happy accident that just seemed to work and stayed in. I love the electronic vs acoustic contrast with the quite churchy organ sounds and Rob’s Piano part at the end too.

This track was based on an idea from our bass player, Colin Somervelle. There’s a very raw rehearsal recording of this song that was just one of those moments when everyone came together and it sounded amazing. Every subsequent recording was an attempt to recreate that version. The end result is actually quite different but more in keeping with the album as a whole. This track is a bit of a stand alone on the album in that it’s the only track to have live drums throughout, although they’ve been overdubbed with programmed sounds to be a bit more in keeping with the rest of the album. The atmospherics were fun to create and include samples from pads in 90s techno records, chopped, repitched, reversed and generally messed with. The sound effects at the start that sound like bird song is actually the horns pitched up a couple of octaves and played back through a ton of effects.

This is another of the tracks we recorded at Pinewood. The original version sounded a lot like a sort of 90s Massive Attack kind of thing with these very Billie Cobham-esque drums. The version we actually ended up using is more or less a remix of that studio version. Some of the live drums stayed in and the rest of the track was generally stripped back a bit.

This track went through a few versions before we settled on one that worked. Mary wrote the original ideas and the early renditions were a pretty classic piano and drums sort of ballad. Eventually we switched up the keys and dropped the drums altogether from the first half of the track, leaving them to come in when the track moves to a more traditional 4/4. I like the blend of the live drums and the almost trappy 808s. Analogue and digital sounds together is something we tried to display in most of the tracks somewhere.

This one’s a bit of an oddity in that only Lizzy and I worked on this one. I thought the instrumental might be a hip hop thing when I first put it together, but it just happened to work in this context.

HOW SOON IS NOW?

If you recognise the title, it’s because this is a cover version of The Smiths song. I don’t mind saying the rest of the band took some persuading to do a cover of The Smiths initially. I love the original and always wanted to do a version of it and love how everyone played on this. What we ended up with is nothing like what I had in mind initially. It’s a pretty liberal rework in terms of tempo(s) and the general structure. The drum kit of pops and clicks is something I create by dropping things onto a turntable and recording what reverberated back through the stylus through a ton of effects. I’ve used it on a few remixes but really like the effect it gives.