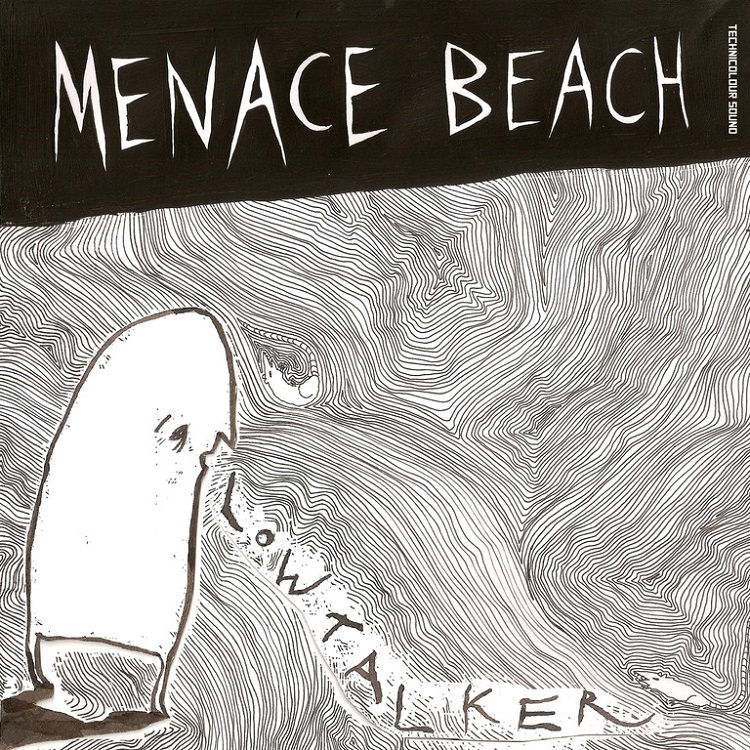 LV: This is the song we play last in the live set at the moment and it’s got that big warped organ sound which is really good to blast super loud through lots of distortion. I seem to have a little competition going on with MJ (guitar) when we play that song to see who can make the loudest, most obnoxious noise. The Fortune Teller lyric came from a fleeting obsession that Ryan had with that world of palm readers, tarot cards and clairvoyants. He got a bit deeper into it and kept disappearing off to stuff and I thought he was going to end up in some kind of organisation. He’s pretty easily led.

LV: I really like this one, to me it has this really disjointed feel about it. The original demo had a kind of noise collage intro and because it was so fuzzy it was hard to hear where the song actually started. It made perfect sense to me as I’d recorded it, but the others heard the start as the third beat in the bar or something, and thought we’d made this really out-there obscure art rock. It’s really hard to unlearn the way you hear something once it’s cemented in your brain so that must have been really annoying. Now they know not to expect too much from us.

WHERE I COME FROM

RN: This is my favourite song on the EP. I wanted it to sound a bit like Prince crossed with Bowie’s Golden Years, and the demo was a lot cleaner and precise than the final version. I really love where MJ took it with the production. To me the overall tone of the song is quite nostalgic, which is probably the reason it ended up where it did lyrically. Liza came up with the idea to make the pitch warp up and down in the end section cause she wanted it to sound like this old VHS cartoon she had when she was a kid. She’d played it so much the tape had stretched so the sound was all over the place. She found the same old cartoon on youtube not long ago and was really upset that it didn’t sound the same.

RN: I wrote most of Nervous during a day-long panic attack and it somehow kept its pretty literal working title. When we play this live I sometimes like to watch Liza and MJ play that intertwining guitar stuff in the outro and imagine they are in Thin Lizzy. The demo version of this is really slow and has a bit more of a groove to it and it took me a while to get into this more urgent way of playing but it’s way more exciting to play out now. One reviewer compared this to a band I’d never heard of called The Archers of Loaf, which was cool cause it really got me in to them. That’s actually happened quite a lot.

RN: This one started life as a kind of fuzzy, sleazy, dirge and the first time we played it together we just zoned out and kept looping that organ line on our guitars. Nestor stopped us after a while and pointed out we’d gone “totally Top of the Pops 2”. It sounded like some gross 70’s classic rock jam. I had that riff stuck in my head all day the next day though so I sat down and wrote some chords and it all just came out super quick. It’s rare that we go back to something that hasn’t worked as we usually just bin it and write something better but I’m glad we did with Cheerleader cause it makes for a really good ending to the EP.