When did you start your band?

In 1994. First it was called Girlfriend Misery, then we changed it into Miss Universe in 1997. The lawyers of Miss World and Miss Universe prohibited us to use that name any longer, so then in 2001 we changed it into Mist, which means ‚Nebel‘ in German, not ‚Scheisse‘, haha. Mist has always been a Dutch band, with Ivar Vermeulen and me as the core members, but since I moved to Spain, the live band has changed mainly into a Spanish one and I play with four great guys from Valencia now, althoug I recorded „The Loop of Love“ almost on my own.

You were organizing some „Wohnzimmerkonzerte“ in the past?

In 2002 I founded a concept of acoustic living room gigs that was called „Live in the Living“ (Live in the Living Room in the beginning). Concerts right in the living rooms of the people, with three artists playing totally unplugged, no microphones, no amps and in front of a nearby audience that is respectful and quiet. People and artists loved it, also because they were fed up with listening to new music in loud bars where people have drinks and talk a lot.
I organized more than two hundred Live in the Living-shows in many Dutch cities and during festivals and it was a big succes back then. In 2006 and 2007 we expanded it to Germany and Spain, where it also was a success. In Germany, my friend Elena Brückner is still organizing it, but in The Netherlands and Spain I stopped organizing these events now, although with Mist-songs I do a lot of shows in living rooms at the moment and I love to do that. I did Live in the Living for ten years and it was a great adventure! 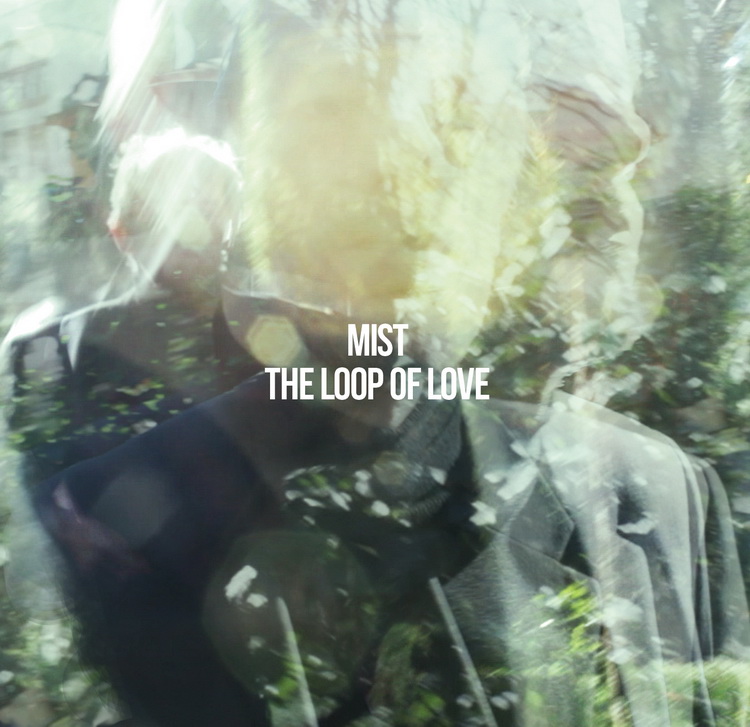 How did you write your new record?

Mainly at my appartment in Valencia, some songs were written in a residency for artists in southern Spain (Mojácar) and some arrangements were done in Amsterdam with my friends Jeroen Luttikhuis and Ivar. I also traveled to Madrid to record voices with Ana Béjar for a few songs. It took more than a year to write, record and mix „The Loop of Love“. It had been a long time since I wrote songs in English, so I wanted to do it without any pressure or haste.

When did you write your new record?

What would you consider an unforgettable tour (or tour memory)?

When we played at CEIBA Festival in Villahermosa, Mexico in 2005, there was a dangerous hurricane nearby and it was very difficult to land. The airplane almost lost control, so we were pretty scared. When we finally arrived at the airport, many TV and radio journalist were waiting for us, it was as if we were real big stars! I put my sunglasses on and gave an interview for the Mexican TV, still shivering on my feet from the tough landing. That was odd. Then we were taken in limousines to a 5 star hotel and the next day we played in a really great theatre Esperanza Iris and went on the photo with the gouvernor of the state of Tabasco. We sold about 60 albums that day. After the show we ate fresh crocodile in an exquise restaurant near the river. Pretty awesome experience.

Who are your heroes?

Heroes? David Bowie! No, I don’t have any real heroes, but when I started as a songwriter when I was 22, I think I got automatically influenced by the music I listened to at that time: Nick Drake, Neil Young, Peter Hammill, John Cale, Joan Manuel Serrat, Rachmaninoff, Caetano Veloso, Robert Wyatt, Tom Waits and David Bowie.

I lived there for a while when I was 23 and all my albums were released in Spain. With Mist we toured a lot and I have always loved the Spanish people, they are so lively and enthousiastic, also about music. In 2011 I decided to go there and record an album in Spanish. It is a crazy, but beautiful and inspiring country.

What are you doing there?

Different music projects. I play a lot around the country, with Mist of course (with the band and also solo) and in 2013 I did a song project in Spanish about Spanish culture, by the name of El Turista Optimista. These are ‚happy‘ pop songs with some irony, it’s the view of a man from Northern Europe on Spain. Critical, but with love. The album „Ser español“ was played a lot on Spanish national radio and I toured the whole peninsula. I also teach English by singing songs to the students, it’s a funny project called Singing in English (in bars and in the library). Sometimes I work as a writer and a travel guide too, just to be able to pay all my restaurant bills! 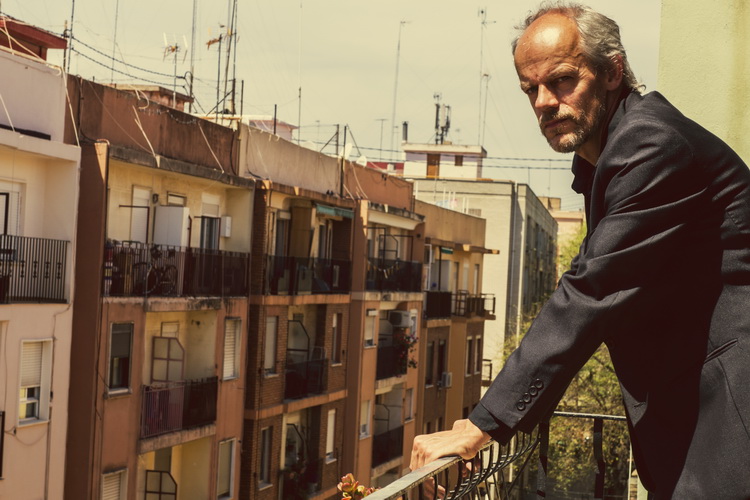 What about the music scene in Spain?

There is a big indie scene, many bands, many musicians and a lot of webzines and new initiatives. A good vibe, with many alternative bands singing in English and Spanish.
Sometimes it is difficult to find good venues for bands, but playing solo or acoustic is easy. I mainly play in venues in autumn, winter and spring, in the bigger cities. In the summer it’s festival time. Oh, and I don’t play in Benidorm or in the beach bars, because that’s another genre. A lot of people still think Spain is mainly beach and sunshine, but there is more to it. My favorite Spanish bands that are active now are Refree, Elle Belga, El Hijo, Johnny B. Zero, Ana Béjar, Schwarz, Pony Bravo, Albert Plá, Alberto Montero, Gilbertástico, Dwomo, La Muñeca de Sal and McEnroe.

What motivates you to get out of bed in the morning?

The sun, the sea, writing a new song in my underpants with the smell of fresh coffee nearby and the noise of the shouting Spanish neighbours in the background.