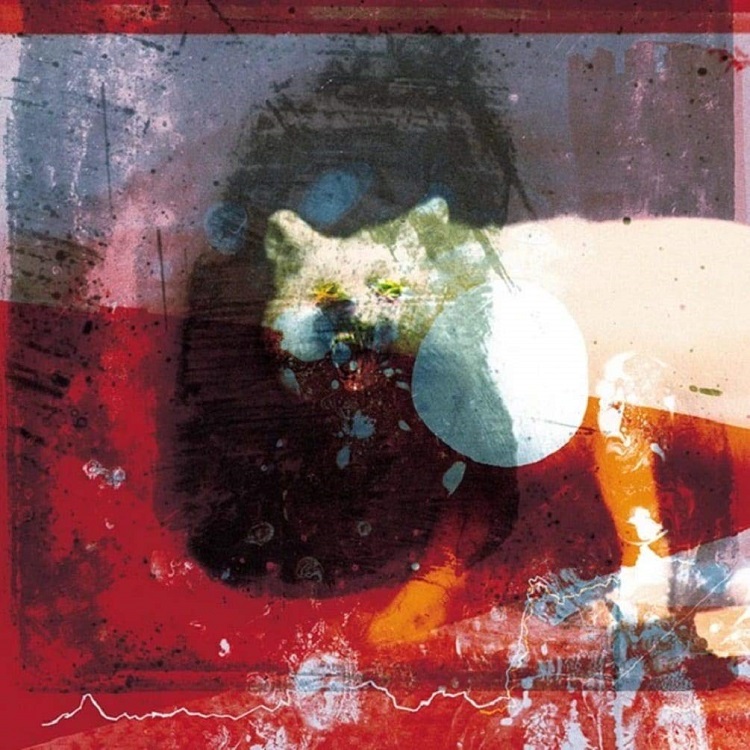 The cover was designed by our usual collaborator Dave Thomas. For this album he found a collection of abandoned photographs in a plastic bag. He put them together in a psychedelic collage with the main front cover image being one of an Arctic Fox. I really love the image and love the random element of it, I think it really adds to the atmosphere of the record.

I have a long relationship on working on Mogwai’s album artwork stretching back to around the ‘Mr Beast’ album in 2006. Each album, whether it is a new studio album or a soundtrack to a TV series or film, comes with a different set of challenges and ways of representing the albums visually. Initially it’s always a collaborative process where I talk to the band to pick up on any themes, subjects, ideas that have driven how the music for each release is created. I think we’ve built a level of trust over the years which has meant that they pretty much give me freedom to interpret the music in any way that fits. Even before working with the band I was a fan of their music, right from the early releases, so its still an honour and so exciting to be involved in the part of the process of creating their albums. I tend to listen to the tracks as the band is writing and recording to get a sense of what might fit in terms of visuals. As the majority of the music is of course instrumental and the track titles tend to be decided on later in the process, it really is about coming up with a direction for the artwork that captures the right feeling or mood. I guess I always try to imagine it almost as if I’m reverse engineering a film in my mind from the soundtrack and the artwork could be a still from that.

For this new album I wanted to further develop the idea of making the artwork more textural and multi layered, a way of visually representing the intricate layers of sound the band creates. The title ‘As the Love Continues’ to me evoked ideas of memory and images capturing a moment in time. I have a big collection of old photos, glass negatives and slides sitting around in boxes, found in house clearances or antique markets. A lot of these found photos are damaged or scratched and I love those little things you notice between the damage where you see a detail, a place or an object or an emotion on someones face coming out from the background. I wanted to capture those moments by overlaying images, digitally reimagining how I might chemically process photos or how they’d look projecting them over the top of each other in a dark room for the first time – all the supposed errors, scratches, colour bleeds and cracks left in to form part of a new image. I like the idea that the images had the feeling of little snapshots that only existed for a moment before the film melted or the chemical degraded it out of all recognition.

The fox on the cover image I actually found in an archive of glass negative photos from the late 1800’s, it was an image I first saw years ago and always found it really striking. I just kept coming back to this image as there was something about it that captured the intensity and feeling that I wanted to capture for the album, so I felt it would be perfect to use. So I incorporated the image of original glass negative and processed it into other colour layers and textures I had from my other collections to create the final cover, the fox appearing through the layers of textures.

The typography was also created to match the overall feel of over-layed and slightly out of line layers. I always try to incorporate lettering into the style of the imagery rather than it being treated as a separate entity, so this time the letter shapes were quite crudely sliced up and repositioned by hand as part of the dense layers of the artwork. This meant you get this off-register and sort of irregular, slightly out of focus lettering which I felt suited the idea of the artwork overall.