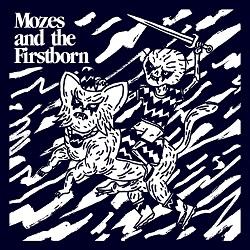 A great opener of the record. We have played this track for a very long time and felt some reluctance in playing with the structure, although Michel (our producer) insisted on doing so. Eventually we did and I feel that this song has made a great metamorphosis from ordinary garage-track to a real pop song.

I remember first hearing the demo-recording Melle sent out and thinking ‘this is way too corny’ and felt some reluctance to try it out with full band. But the moment we started playing it everything felt in it’s place and I was totally convinced. While recording this track I was listening a lot to Oasis’ debut record and I wanted it to sound big! That’s why there’s so much going on. There’s organ in it, some heavy percussioning and a lot of guitars. Ernst did a great job at the soundscape’s which make the song float. In the chorus I wanted the recording to kinda ‘pop out’ so Melle and me put in two extra electric guitars there; inspired on the Dandy Warhols’ Not If You Were The Last Junkie On Earth. I believe this track features my first-ever backing vocals (close harmony?) and it was probably the most fun and fastest one to record.

This track was, along with Skinny Girl, the hardest one to put on tape. Melle made a demo of this track a long time ago and the sound on that one is amazing. When we started recording this track I felt it was too soft and none of us felt really good about this one. While recording this track and Skinny Girl, we had a couple of days off to play a show in Berlin. I remember tobbing about these recordings because I wasn’t pleased but couldn’t really tell what needed to be changed and I kept all these considerations for myself. On the way back from the gig I felt the urge to confront myself and the rest with the recordings and the way we were working. A tough start but as the conversation continued it turned out everyone felt the same way about it and it was a major revelation for everybody. When we got back we decided to just tell each other about how we felt about things right on the spot. One of the most important recordings, when I look back at it.

Our very first official single and the first one to be recorded. I think everybody felt some kind of pressure while working on this song because it just had to be good. Ernst added some great lead-guitars to this and Corto put down a really smooth rocking bassline. Melle and me listened to Beck’s Loser over and over again trying to replicate the sound on that song. In the end it turned out nothing like that song and I don’t think anyone can tell we listened to it that much during these recordings. Another major influence for the drums was A$AP Rocky’s Purple Kisses. I’m very into hip-hop and the repetitiveness of a beat. I think I did a pretty good job at the beat itself, but the way the drums sounded when we took off was horrible. It is one of the few things I changed when the record was about to be mastered.

With this track I had the idea of making it sound robotic, which eventually led to Melle spending nights of cutting guitar and organ parts up. I’m a big fan of Daft Punk’s Robot Rock and wanted it to sound this robotically. I think it succeeded really well and have to praise Melle for his Pro Tools skills. Seasons is one of the two tracks from our first self-released I Got Skills EP that made it to the record.

Time’s A Headache needed to be a hard rocking guitar track. Melle wrote this song a long time before we started working on the record and we played it a lot since our early days. When we were in the process of making the record I heard Ty Segall’s Wave Goodbye and was blown away by it. I felt we needed major riffing in this song and told Melle about this. Then he came up with the main riff of the song which fitted in perfectly. Melle and me immediately made a new demo of the song which revolved entirely on the riff. Michel Schoots, our producer, then laid our early structure and the new demo next to each other and eventually made a symbiosis of the two which works really well. As far as my guitar skills go this is the track I’m the most proud off. Since I had this really strong idea of where this riff should lead us to I played all the electric guitars except for the chorus one, with which Ernst nailed the song and put it to another level.

Together with Down With The Band the most beautiful song Melle has written for the record, if you’d ask me. Melle played Beck’s Gamma Ray for me and we immediately got hooked to it. This track was on repeat during this song. Michel did a great job at challenging us (especially Melle) at rewriting this song and take it to another level. I’m also really proud of how minimalistic this recording turned out. I feel that every instrument in this song adds to the bare structure and is necessary for the recording.

The first second I heard this demo I felt like this should be ‘the’ album track. It’s just so powerful in it’s simplicity and the lyrics are mindblowing. I immediately came up with the idea to make this track make it’s appearance two times on the record so everybody got the message, whether this was through the words or through the music. I drew a lot of inspiration from Brian Jonestown Massacre’s David Bowie (I Love You Since I Was Six). That’s where the drum beat is based on and where the accordion comes from. Melle originally came up with a great melodic solo but Michel felt it needed an extremer approach when it came to the solo. That’s when we all came up with this Grinderman-styled idea. Ernst nailed this solo and it is one of the most intense ones to watch him play live.

Gimme Some was the first track where Melle and me felt we needed to cut down on the tracks we had in each ‘session’. Since we could only record with two microphones at a time we ended up overdubbing time after time just because we could. We decided we shouldn’t have more then 10 tracks. One for the bass, two for the drums, four for the vocals and three for the guitars. And we still got a great result. Learned us a great deal!

DOWN WITH THE BAND

This is one of the more emotional songs of the record for me. Melle wrote this one for me when I turned 18 and I still remember him playing it for me. I didn’t want to interfere to much with how we should work this out because I felt this was his song for me and not the other way around. Since this song is about our relationship, we did the vocals with just the two of us. I still feel this one in my heart when I sit down and listen to it.

The accordion you hear in the beginning of this song took a lot of effort. I can play keys a little bit but never played an accordion and the way you have to make sure there get’s air through the instrument and play the keys at the same time was impossible for me. Ernst and Melle had to help me pulling the accordion while I only focused on playing. Teamwork 2.0 I guess!