In 2018, Ned Collette and State Champion each released their most seminal artistic statements to date on the inconceivably prolific US label FEEDING TUBE RECORDS. This special double bill will be presented at the wonderful Roter Salon at Volksbühne as part of their separate European tours. Gentle, tender, noisy, intimate… thrift store wisdom, twilight landscapes, free-jazz tendencies and slack-rock shuffles. It’s all here, from two of the most interesting song-based projects rolling around the world at the moment… 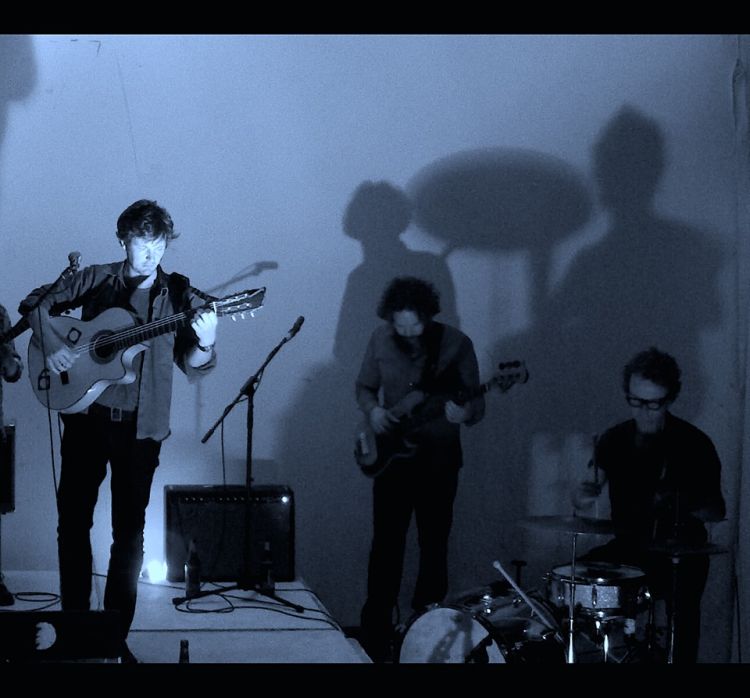 Long-term Wahlberliner Ned Collette’s 2018 double LP ‘Old Chestnut’ is now into its second vinyl pressing, and the word around it has meant that Collette is finally gaining acclaim and respect outside the underground circles he has long inhabited. Featuring contributions from The Necks’ revered pianist Chris Abrahams, long-time production partner and drummer Joe Talia and a slew of others, ‚Old Chestnut‘ is a mixture of melancholy balladry interwoven with expansive instrumentals that not only frame and anchor the songs, but create a space in which the album as a whole can exist on its own unique plane.

Having spent the last year presenting his music in various forms and forums throughout Europe, Australia, and most recently the US, Collette now brings a trio featuring the excellent free-jazz player Steve Heather on drums, and longtime bass player Fredrik Kinbom. Using the songs as jumping-off points for extended exploratory passages, this outfit brings an improvised intensity that is perhaps unexpected for people familiar only with the records.

Collette has plotted an uncompromising musical course over six albums, realising an ambitious and expansive vision covering songwriting, improvisation and experimental music. Well respected in his native Australia and his adopted home of Berlin, he will also be known to audiences for his performances alongside artists such as Joanna Newsom, St Vincent, Kurt Vile, and his recent work arranging and playing on the 20th anniversary performance of Cat Power’s seminal Moon Pix album at the Sydney Opera House.

„Old Chestnut is a haunting prog-folk song cycle for the ages… Collette has made a goddamn whale of an album.”
– Byron Coley 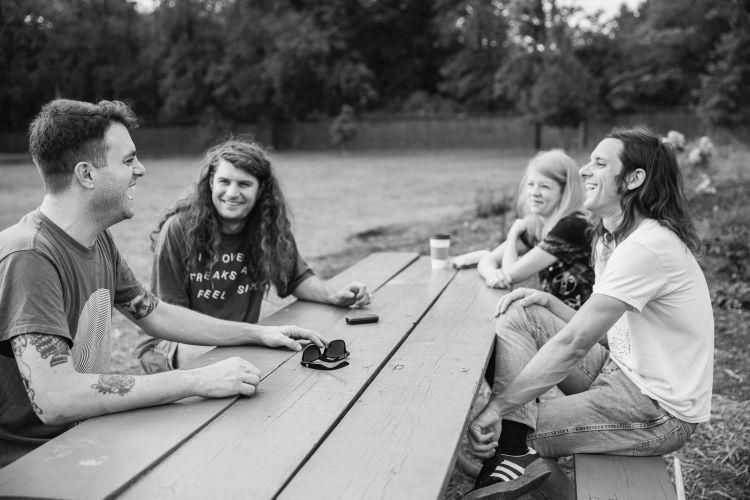 “Star chart the album and you’d likely peg its origin to some after-midnight hour, gas-station coffee mugs filling the cup holders of a van, when the only two or three people still awake let fly strange, salient thoughts: riffs on lives hidden beyond the lights of the highway.”
8.0 – PITCHFORK

If Bob Dylan was funny, if Tom Waits was relevant, Ryan might not be peerless at what he does best, which is writing large gregarious circles around his pitiful colleagues in the field. He’s the best lyricist who’s not a rapper going.
– David Berman (Silver Jews)

„I’m not 100% sure why State Champion’s exceptional 4th album is called Send Flowers, but I could probably guess. The band do this shaggy-dog wink and shuffle, smart rock-n-roll like the Ass Pony’s (my favorite 90’s rock-n-roll band) or Sentimental Hygiene-era Zevon or even Son Volt if Jay Farrar actually had a sense of humor. But there’s nothing smug or micro-brew about this record, nothing that makes you think, „these guys are winners!“ Long past their 7-year itch, SC play together like groovers, who spend more time on Craigslist than Instagram and buy their amps at pawn shops, not Guitar Center. It’s not college-rock; it’s college dropout rock!…The kind of jams that capture the sad and joyful ennui of living that starts with, „fuck, I overslept!“ and ends (days? years?) later with „but, I love you!“ They aren’t asking you to „send flowers“ to a funeral or a celebration- too extreme. Their special occasion is that middle-section-life- with a lowercase „l“. Call your florist.“
– Jerry David DeCicca

„State Champion’s most fully realized Beard Rock expression to date. The surrealist underpinning of Ryan’s lyrics are heavier than ever, balanced by the band’s most epiphanically tasty licking. The pieces fit together with such easy organic grace, it’s tempting to suspect they’re simple. But the closer you listen to the parts the more complex they appear. This begins with Ryan’s words, sung so gracefully you have to concentrate to pick up on the timeless phrases he invents here. Same goes for the instrumentation, which initially passes as a mere recreation of lost Topanga threads. but surpasses those bounds with something approaching the same assurance as the David Lindley-led band on Terry Reid’s River LP (the transcendent Beard Rock masterpiece)…Peel slowly and see.“
– Byron Coley

„State Champion are both bar band and heckler. With their penchant for wry, quotable lyrics and sloppy classic-rock singalongs, the Louisville quartet’s spiritual forebears are Silver Jews. But where David Berman sought self-immolation in every verse, State Champion aim for something more communal. When they say Send Flowers, it could be for a funeral, an apology, a romantic gesture, or most likely, all of the above.“
– Sam Sodomsky, Pitchfork (*Best Rock Records of 2018)