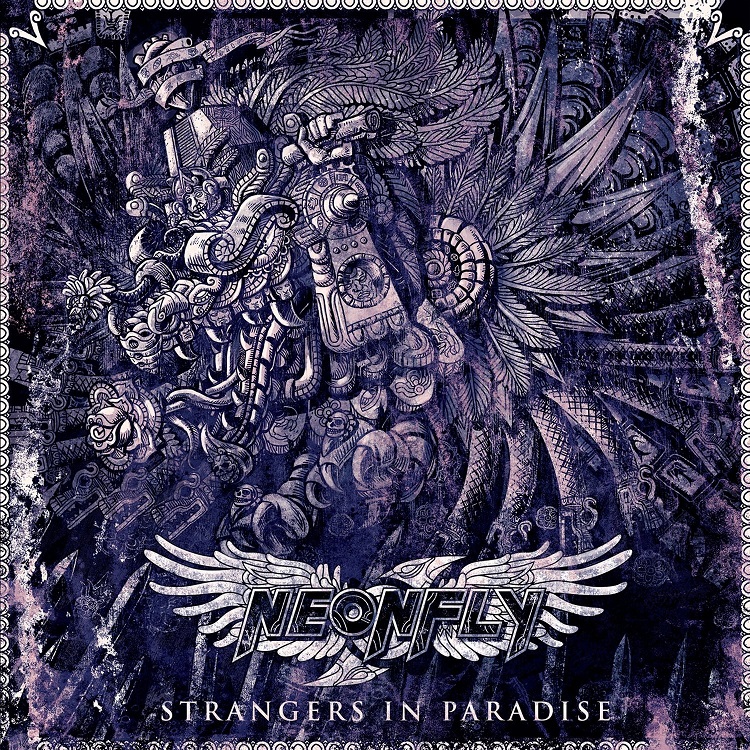 A fast paced opener to wake people up from the start. Some 90s power metal influences are combined here with funky sounding chords and a latin-music inspired vocal melody in places. The lyrics talk about the XVIII century composer Giuseppe Tartini making a deal with the devil in his dreams.

We wanted to surprise our audience placing the heaviest and darkest track of the album straight after the cheerful and fast paced Whispered Dreams. We don’t want people to take anything for granted with Neonfly and this song probably has more in common with 90s nu-metal than power metal, however Willy’s melodic vocal rendition brings back a more classic metal vibe to the track.

The first single of the album, Better Angels combines heavy riffs with melodic hooks, with a hard rock/AOR feel. I remember listening to bands as diverse as Tears For Fears, The Cardigans, Disturbed, Night Ranger and Velvet Revolver for inspiration on this track.

Neonfly’s first real power ballad. I love the way the orchestral arrangements build up on this one for a very bombastic chorus. Willy’s vocal performance on this is amazing.

HEART OF THE SUN

The musical climax of the album, and the most epic track, with the biggest orchestral arrangement. The chorus is huge, and I think it’s got really strong hooks, the guitars sound fat, playing some big chords together with the orchestra. I’m certain this will remain a Neonfly classic for years to come. The song talks about imperialism, the conquistadores and Lope De Aguirre. The album cover is linked to this song and so is the album title.

A sort of instrumental part II of “Heart Of The Sun”, this track features an even bigger orchestral arrangement than its predecessor and is very cinematic. It builds up nicely and features some cool guitar solos as well as a bass solo. Everybody loves a bass solo! Right??

The fastest song of the album with a very thrashy riff. It’s a song to go chop some heads off to. The lyrics are inspired by Ancient Greek tragedies, and it’s my humble tribute to writers such as Homer and Aeschylus. The way they describe combat scenes and the language and pace that they use, I tried to recreate that feeling with those lyrics.

A fast hard-hitting rock song with a big orchestral arrangement! We had a lot of fun with the vocals and backing vocals on this one, and it’s a fun one to do live. I like this song because it seems quite straight-forward at first, but if you listen closely to the arrangements you’ll see there’s a lot of harmonically intricate parts within it. That’s often the case in Neonfly songs.

The longest song of the album, and also the most prog-oriented track. I love the guitar solo on this one; the sound effects at the start, together with the acoustic intro make it quite cinematic, in my opinion. And I think the middle section is awesome, it completely changes the direction of the song and keeps the listener interested, before going back to the main riff to finish off.

A simple acoustic rock track with a very beautiful orchestral arrangement. It’s a great way to close the album in my opinion and send off the listener quietly back to reality. It also features my favourite among the lyrics that Willy Norton wrote for the album. I want this played at my funeral.