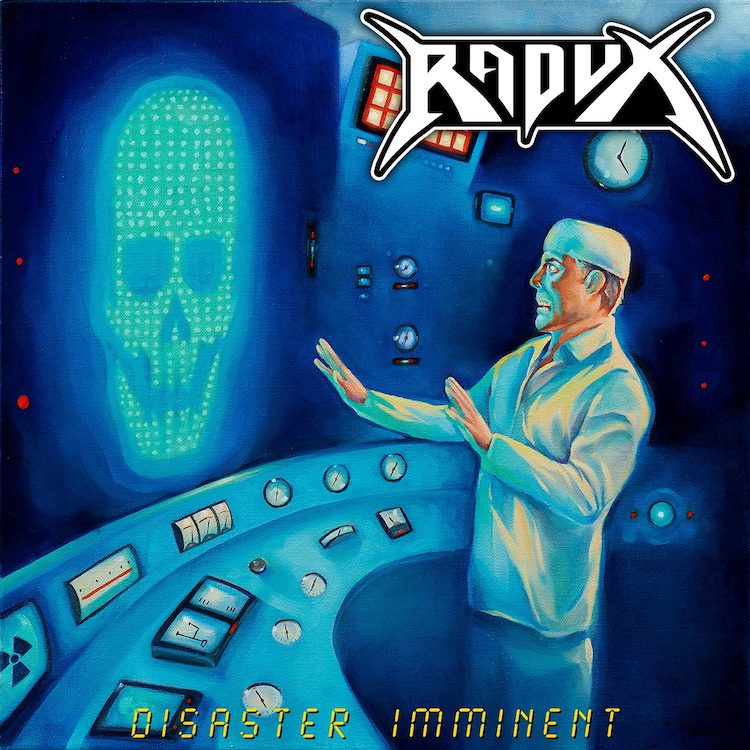 The state of global geopolitics destabilizes until the unthinkable happens and someone smashes the Big Red Button. Human civilization celebrates its whateverversary in the year whoevencares by blowing itself into tiny bits at the whims of paranoid politicians, as told in this comparatively mellow tune.

Exactly what it says on the tin: destruction after nuclear war. The planet’s been blasted to hell, everything is tainted by decaying particles and all that anyone still left alive can look forward to is a slow demise from starvation, disease or both.

ASHES OF THIS WORLD

Even escape into the wider cosmos may not be enough to curb the instinct of self-destruction. A budding interstellar realm lies in smoking ruins, its once-populated planets floating dead and cold in the uncaring void, while the last living member of our species is scooped up by strange outside actors, shown the vast scale of final devastation and asked the rhetorical question of „Was it worth it?“.

War is a wonderful, lucrative thing when you don’t have to be the one dying in it. So say the leaders. Most certainly, they’ll happily send you and me and everyone else to kill and be killed in their stead, so they can wash their hands from the messes they create with the blood of the young and hopeful. When the call comes, everyone, on all sides, should have the right to not answer.