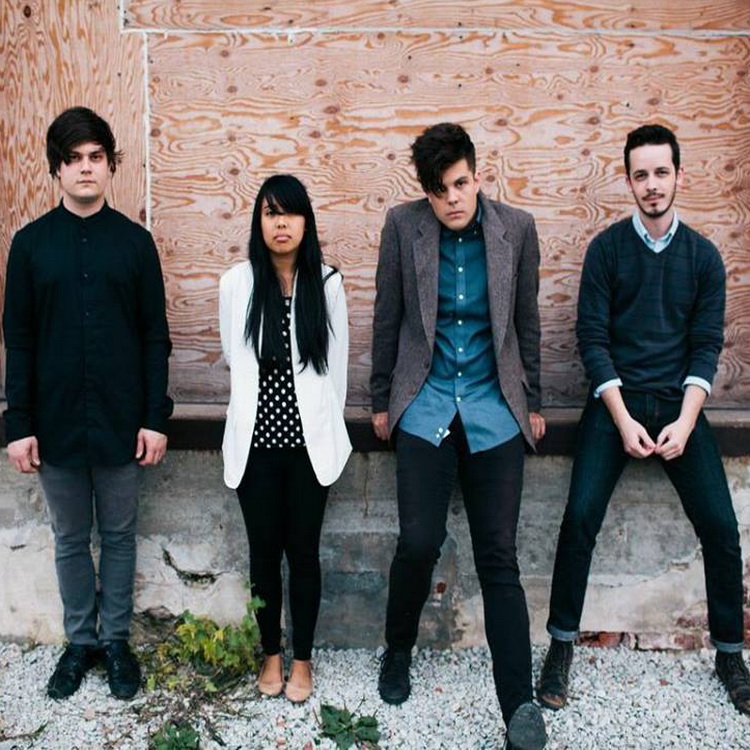 SEE THROUGH DRESES (Omaha, US) released their debut self-titled LP in November of 2013 (which is gonna be re-released early 2015 on This Charming Man). Principal songwriters Mathew Carroll and Sara Bertuldo (who was part of Conduits, Tim Kasher’s latest Album “Adult Film” and his whole US-Tour), along with drummer Nate Van Fleet, have crafted a catalogue of songs indebted to classic post-punk and new wave artists of the 80’s, but their sonic footprint more closely resembles the textural treatments of 90’s dream-pop and shoegaze.

The arrangements often build as though to erupt, only to implode. There are moments when Bertuldo and Carroll sound noxious and distant, their voices doused in reverb, their guitars droning and pulsing. When the clouds look dark, See Through Dresses offer flashes of pure pop sunshine to punctuate those moments of isolation and distance. At their most hopeful, they remind us of the simplicity of longing and the eagerness that accompanies an expectation for love in a loveless culture.

At their most honest, See Through Dresses portray a dull terror born of idleness, sickness, and failure. The result is a well-rounded catalogue that disillusions as it comforts and soothes as it burns by injecting the familiarity of music-gone-by with lyrics about regrettable psychologies – it’s a total bummer that’s still fun to listen to.