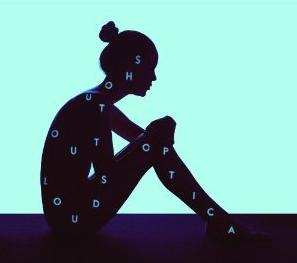 This used to be called, “Listen to Me” which is what I sang when we rehearsed it. I play drums on that track – I think I am one of the best drummers in the world but only for 20 seconds and then I lose speed and momentum! So we had to cut the drums and they are looped. Laughs It’s actually a song that I wrote in Austria when we did a show in Vienna. I had an idea during a sound check, so I went to the bathroom and sang it. We used it as the first track as it has a big bombastic sound and a really great ending, that ends in a very Disney orchestral piece, and we haven’t really done that before so it sets the record in a good direction. (Adam)

That was a really early one. We did a cover of a Band of Horses song, which was what I had come to record and then Adam played that track as a really loose demo and I sang some back-up on it. That was two and a half years ago, so that’s been around for a long time. (Bebban)

There was a really busy drum loop in the beginning… (Carl)

We called it the jungle drum, or the wild drum! (Bebban)

All of the song parts were going in an almost ABBA direction – they were really anthemic and had a lot of harmonies. And to an extent ABBA is a forbidden way to go, but it’s in our blood. It was fun that we had the time to explore things like that, to go for the forbidden or to a place that we hadn’t been before as a band and then make it into our own. (Carl)

Don’t deny the blood! We tried to really make ourselves uncomfortable in the studio sometimes, and ask, “Can we do this?” Especially with this song as it even has an a cappella part which we had never done before, but it felt right straight away. (Adam)

We did this song over and over, it was initially a fast track but we took it into a slow song. We also challenged Adam to sing in a low pitch because when we did the fast version he was singing in another tone of voice. The change created a very, “Tell it like it is” expression. It gave the impression of, “This is what’s going on and this is what’s on my mind.” This was really the first time Adam ever sang it in that pitch. It was funny as we were talking about how this track should be almost like landing in your own private jet at Burbank airport, maybe do a line of coke, and be like, ‘Hey’. You know, very decadent and just very over the top. (Carl)

Unbothered and kind of self indulgent – it’s not so much about being accepted. I was worried about this song to begin with, because I really liked it straight away but I was worried that cool people would not be able to embrace this because it’s too soft. It’s too smooth and too sexy almost. I think it’s like a slow dance, which was something I thought about afterwards, it is mid-tempo, but very ballad-like. That is something that I would like to bring back into music at least – slow dancing in clubs.” (Bebban)

That song was written in just a couple of hours in the studio, it was more of a jam. We were tired of working and so we went to go and get some new ideas and came up with this bass riff and a guitar thing that worked really well. In terms of the lyrics, there is a Swedish author who has written novels about life in Southern France, about the decadence of rich people and the contrast between rich and poor there. I spent a lot of time there as a kid with my parents during the summer, and July 14th is of course Independence Day. It’s quite interesting that whole world, that kind of weird world. (Adam)

There are two friends of ours who this was inspired by. (Bebban)

Yeah, one is a friend of ours who used to play drums for us for a little while when Eric had some time off from the band. It’s inspired by these two friends and it’s just sort of a love story. (Adam)

It’s got a really nice arrangement and a flute – to me it’s very creative and complex. (Carl)

And with the drum arrangement we found that Brazilian Tropicália sound, especially toward the end of the song. (Carl)

Walking in Your Footsteps

This was actually called “Cass” as in Cass McCombs, the artist. Because there was just a drum pattern in one of his songs called “That’s that” which we decided to use. (Adam)

Although we didn’t use them in the end and it was also more about diamonds to begin with. (Bebban)

Yeah is changed a lot. It was also called “Diamonds” and was more about a weird psychedelic trip down the Amazon or something! (Adam)

We were on tour there and did a late show. Afterwards we went out at like 1.30am and we just had to have one beer before the bar closed around 2am! And at 2am people just went out of the bars, literally throwing up, like, “Aaaaarrghh!” It was such a weird situation. (Adam)

Where You Come In

This was a new addition that happened late, not long before we were mixing. (Bebban)

We just went into the rehearsal space after summer to see if something different would come out, and I think we did three recordings. Bebban said this was the best of the three. It was really fast – the only track that was really recorded during one day, written in a couple of days, mixed and done. So that was fast and brilliant. (Adam)

The title is from a Mexican police woman, she was the Chief of the Police, but now unfortunately she has died. I was really fascinated as I was reading a lot in newspapers about the Mafia in Mexico and there were a lot of people dying in the police force. I had read an interview with her where she said, “I’m really excited to take this job.” I just felt that something bad was going to happen, and then just a month later she was killed. (Adam)

That was an early demo that I really liked and thought it was going to be a dance-anthem type thing. But then we struggled with it because I liked it the way it was but we couldn’t wrap ourselves around it properly. Eventually it made the album and I’m really glad it did! But the other interesting part of this song is that lyrically it ended up being about a friend of ours who died in June. We had not finished the lyrics and our minds kept wandering towards him and the past. So it basically took him on. (Bebban)

I think It’s the only nostalgic song on the album. (Bebban)

I always think of this as Carl’s song, that was one that you introduced yourself. (Bebban)

Yeah, there was this guitar riff that feels almost like drugs or something! And every time you hear it, you want to hear it again. Laughs It was really simple, it’s just two chords.
(Carl)

Very meditative. I think we played it on a few sound checks and at the rehearsal space. (Adam)

Yeah, that riff has really followed us around the world. (Bebban)

It felt like a lot of the songs had been worked on so many times that this was kind of the end that tied everything together. It’s called “Circles” because you want to hear it again and again! (Carl)

If we had made that into a single we should of had it so that it hooked on and it repeated itself. (Laughs). (Bebban)

That’s also kind of a dark horse, that was around for a long time and we all really liked. (Bebban)

When we started to record it, it was easier to talk about emotions or what we were striving for, so that everyone was kind of on the same page. We were talking about driving the car at night in Los Angeles. (Carl)

Or Burbank! We had talked a lot about the Apocalypse, not as an actual event, but we sometimes had visual ideas that were kind of apocalyptic. So I think for me this is the one that would be almost post-apocalyptic. The only one where we have given up. It’s the darkest one we’ve ever written basically. (Bebban).