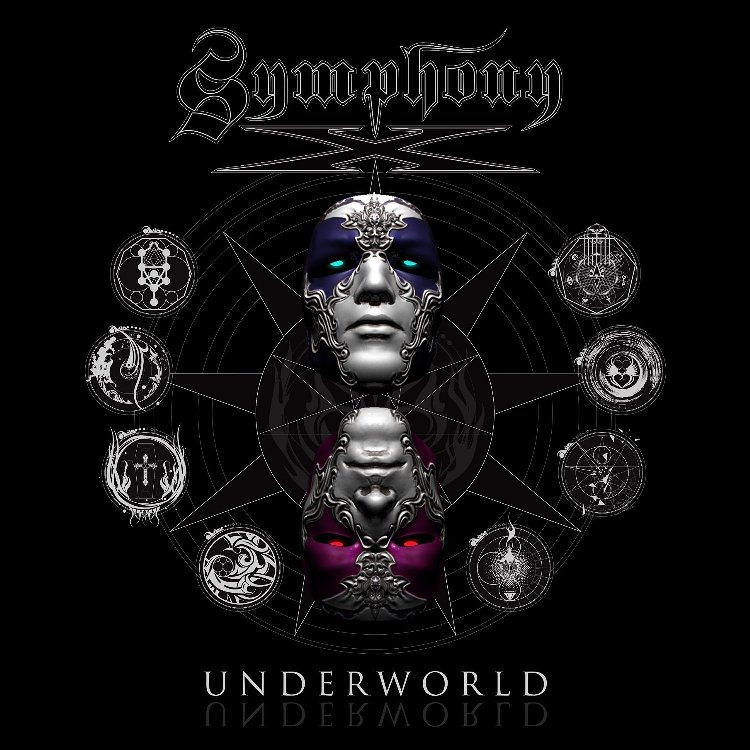 The whole theme of the record is going to hell and back and that’s kind of an introduction to that. It’s a little bit dark and cinematic. That’s usual for us. I’m a big fan of movie music like Star Wars and Indiana Jones – the big, epic kind of stuff. A lot of the record touches on that. I think it’s that visual thing that’s important for our music. We’re kind of picturing something.

This one was just coming up with the riffs. We talked about things that we’ve always done over the years. The last record was very heavy and then we have some records that are maybe more regressive. With this record we wanted a little bit of all these things. This was the song that was getting it on. The chorus is very melodic and those are the kind of riffs when I just sit down and they kind of come out. You need something that has some energy after this intro. And even before we started recording, we knew which song would go where. We knew we wanted something a bit more up-tempo at this point.

For the third song we wanted something pretty heavy and a little bit darker. It’s kind of typical for us but there might be some different things about it as well. It’s heavy, it’s aggressive and it has a little bit of classical elements. It just had to keep the energy of “Nevermore” going.

We kind of calm down at this point. We really concentrated on the melody with this one and were having a softer song that would incorporate the acoustic guitars. I remember that one really felt good. Really catchy!

At this point we said “let’s just go, man!”. It’s very fast and very metal, but still we were thinking about melodies and darkness. The lyrics are also talking about this hellish visions and things. This probably could have been on the last record because it’s so heavy. Still it does belong on this one.

This one is still heavy but it has some extra exotic tonalities!

TO HELL AND BACK

We knew that we wanted a longer track. We really tried to do all the songs very focused so we wanted to stretch it a bit with this one. It kind of has three sections: There’s this main part and then the middle kind of break where things mellow out, and then it picks back up again a little faster. I know it’s kind of long, but it’s us and as long as it feels good…!

IN MY DARKEST HOUR

A lot of guitar riffs and again we focused on the melody! It’s memorable but still heavy. We knew that after the longer song there had to be something a little bit more driving.

RUN WITH THE DEVIL

That one just might be going back to some of the prog rock stuff that we grew up with like Rush and those kind of bands. We also talked about diversity and a song like that which is very catchy. I think it’s a very strong one and obviously it’s more like a ballade and lighter thing. We just thought it might be cool to eally go back to some of that stuff.

We wanted one more ballade. It’s also a softer song and a bit longer. It has a piano on it and I remember we didn’t have much for this song, so the keyboard guy played a melody and then that one happened a little later on. It happened very quickly but it was the perfect song for us. Big melody on a lighter song!

Lyrically, this one summarizes everything: the hero, the good and bad and all those things. Musically, it’s a little bit of everything again. There’s development, some of the heavier riffs and it’s up-tempo. I knew immediately that it would end the whole record. We just knew exactly what we wanted. It all just came together like a puzzle.