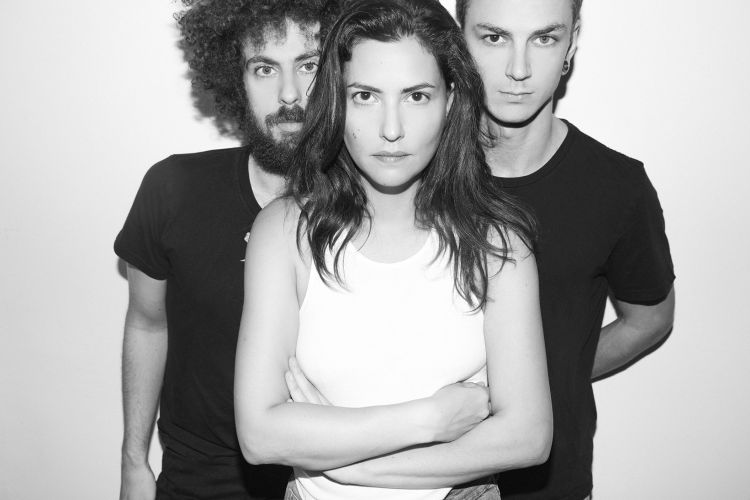 TAMAR APHEK is one of the prominent faces of contemporary rock in the Israeli rock scene and has been crowned “Israel’s guitar goddess” (Timeout Tel-Aviv). She is the creator of the „Besides That” music festival and contributed the musical soundtrack to the film “One Week And A Day” which won the Gan Foundation Award at Cannes Film Festival. After years spent singing in a prestigious children’s choir, a decade of piano lessons, and a musical conservatory education, and even a degree in law studies, what was left for Tamar Aphek to tackle musically? A full-stop pivot to wild, unbridled electric guitar, of course.

For Aphek, jumping head-first into an uproarious life of rock ‘n’ roll and catapulting through Tel Aviv’s burgeoning underground scene was kismet. From the very beginning, there was no feeling like it.“ I remember when I bought my first really cheap, small amplifier, and my first shitty guitar”, she says. “I will never feel so happy about a guitar and amplifier again. Even if I play the most expensive Fender, nothing will compare to that excitement“.

From her previous bands Carusell and Shoshana to her current eponymous project, Tamar Aphek has risen to prominence in her home of Israel, toured across the United States and Europe, and sits poised to be heard globally with her new record, „All Bets Are Off“.

In the process of writing and recording her new album, Aphek became fascinated at the idea of combining musical sounds and stylings she felt weren’t being incorporated by other artists. “I wanted to infuse rhythms into rock and roll that I wasn’t hearing elsewhere”, Aphek explains. “I wanted to write a Johnny Cash style song, but then dress it up in crazy Labels
Max Roach style drumming or Ethiopian rhythms. I was getting a kick EXAG’ Records (EU)/Kill Rock Stars (US) out of hearing something that could sound like a catchy indie song, but format with a strange reggae kind of feeling.”

For Aphek, the freedom to improvise was essential to creating the incredible ups-and-downs expressed on her solo debut. From percussiveness of “Crossbow”, to the creeping desolation of “Russian Winter”, to the intimate insights of “All I Know”, „All Bets Are Off“ delights in twists and turns. Commenting on jealousy and surveillance, love and compassion, anger and escape, and countless more challenges unrevealed, it’s no wonder Aphek hoped to capture “the feeling of a rollercoaster”.

„All Bets Are Off“ is a concept album, that tells the story of the cyclicality of moving from the dark side to the bright side of life. This idea was translated both musically and in the lyrics. “On the musical side, I wanted to create a shifting between bass, guitar and drum parts that were rhythmically syncing to parts in which the bass and the guitar plays against the kick drum. This shifting was meant to create a sense of tension and release throughout the album.

While some of the work on the album included creating a space for improvisation, the post production was very calculated. “Besides editing the instruments, I also cut parts of the instruments and used them as new layers”. Aphek is joined by band members Uri Kutner (Bass) and Yuval Garin (Drums).

“Tamar Aphek’s score, a combination of modern percussion and more classical rhythms, musically evokes the imbalance and longing for a return to normal that the characters are feeling and working on”
– Hollywood Reporter

“A magnetic stage presence. There was a decent amount of hair flicking and head bobbing, but that wasn’t the sole reason why she was good. On top of some pretty intense guitar chords her voice carried out beautifully”
– CMJ

“Allison Mosshart is an angel compared to the Israeli goddess of sharp riffs”
– Goout.cz

„Tamar Aphek gave a burning warm up show. On a black chair made of wood, she expressed the rage inside of her, while experimenting different kind of sounds carrying a distant look. She could have been a wonderful partner to Ward, known for his collaborations with Zooey Deschanel, Calexico, Bright eyes and Norah Jones“
– Haaretz 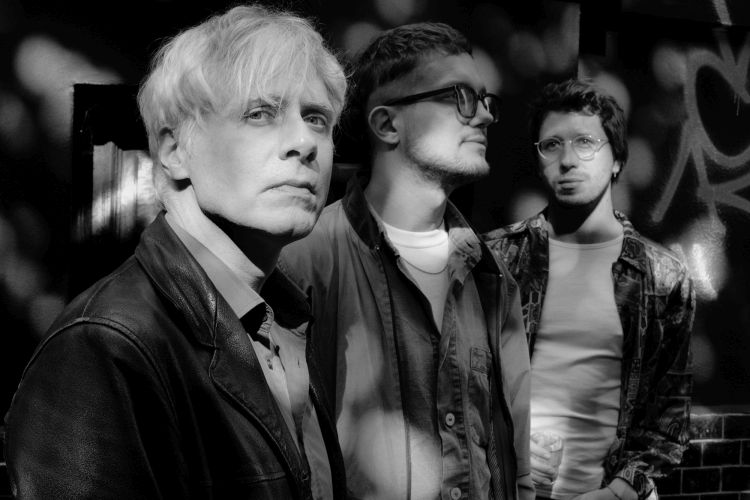 THE SOMNAMBULIST is a Berlin based music project with an ongoing history of more than ten years, which combines the input of an international musicians’ collective with unique, ever changing interpretations in an interdisciplinary approach to view music as a transient infinite medium. Their intent to both respectfully acknowledge and surpass definitions and boundaries of genres are a key element as to why it seems difficult, even nonsensical to attach a singular style to their work. If pinned down, they have been known to combine characteristics from Psychedelic and Alternative Rock to elements of Jazz, Experimental and Classical Music.

They have been deemed by critics as following in the tradition of Berlin inspired musical innovation as done by David Bowie, Brian Eno and Iggy Pop in the late 70’s and subsequently developed by The Bad Seeds and Einstürzende Neubauten. Marco Bianciardi, Leon Griese and Nicolas Haumann are the current members of The Somnambulist which, after four albums, continues to be characterized by meticulous, determined and febrile explorations, proving itself against all odds with success in staying true to its artistic nature.

„Some More Songs Lost in Themselves“ is out on December 2 and it’s the first of two upcoming EPs featuring the first new studio material since the release of „Hypermnesiac“ in 2020: six impressionistically brief songs that develop and refine the band’s path undertaken in the preceding album of simplification, synthesis and innovation of their language; featuring more accessible, direct and effective musical solutions, while retaining the courage, tension and sense of fracture typical of their previous works.

„The Berlin-based trio defies musical classification, and it’s all by design. They are some of the most authentic musicians you’ll ever find, always reaching for new heights of originality and creativity every time they set out to record new music.“ V13.net 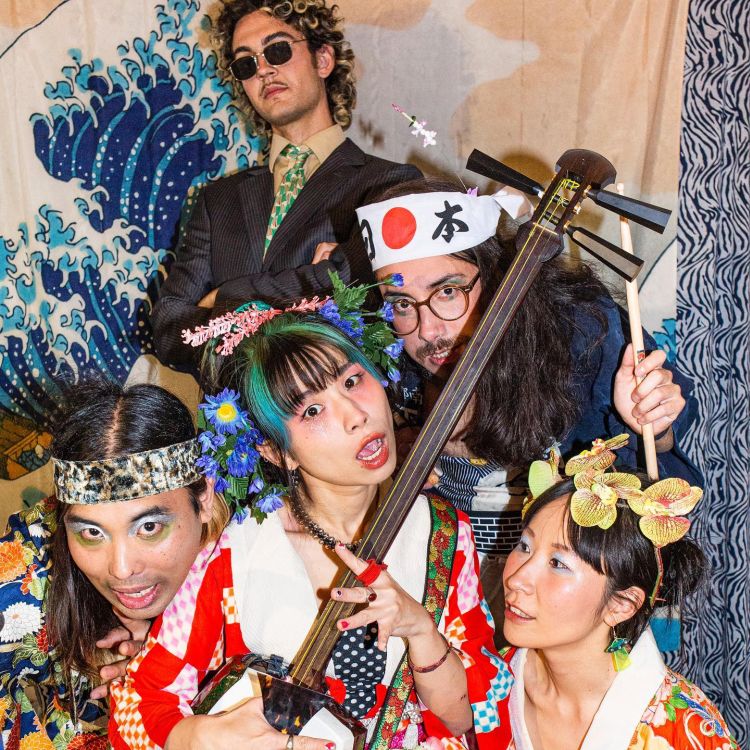 JAGUAR NO ME was created in 2016 in Berlin while Taishi was the bassist for the band Fat White Family. During that period, Taishi wrote some tracks for Fat White Family, but they were not used for their next album. Since he still liked the tracks, he decided to start his own band. The music he wrote is greatly influenced by Taishi’s DJ project DJ ONONiiONIONIION (a J-pop vinyl DJ . This type of music is totally new to anybody in Europe and even Japan.

Currently more of Japanese Pop/traditional influence has been gained by the joining of the Shamisen player (Japanese traditional instrument) Shiomi Kawaguchi. Now the band is starting to explore the deeper concept of new Japanese Music, including traditional elements as well as experimental music on the top of J-Pop. Additionally they bring a strong performance with a Butoh influence and the mixture of traditional / Pop / Superhero Music which is lots of fun for all types of audiences.