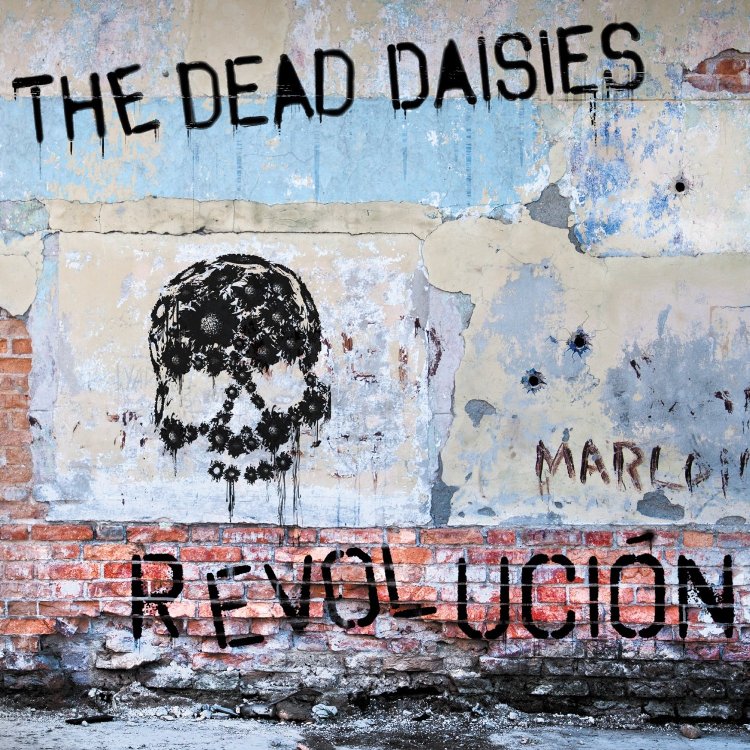 “Mexico” has been around for a while. We actually had played it live in the US while touring and realized that it was a good song because not only the audience but also other bands responded positively to it. It’s about Mexico as a place you want to visit and party at.

This is the song that was covered by the band Cactus, which we all like a lot. I think Richard Fortus brought it to our attention at rehearsals and the vibe was so strong that we decided to record it. Sometimes it’s as simple as that.

LOOKING FOR THE ONE

Originally, when that riff was being played, we were all questioning where the down beat was and so John kept saying „Where’s the one?“ and – being such a prolific lyricist – he ran with that remark that we were making and applied it to life in general. Again: Aren’t we all looking for the one?

We were lucky enough to be in the studio where Jimmy Barnes was recording in Sydney. Jimmy came in one day and said he had a bunch of song ideas. We heard a few and decided that this would be a good duet song between Jimmy Barnes and John Corabi.

MAKE THE BEST OF IT

This is a song that we tested on our live performances. Lyrically, the song talks about making the best of everything in life and any given situation. It’s a good old Rock’n’Roll track.

That was a song that has been around for a year and we had demoed it and played it once or twice live. That’s the ultimate test: If the song works out well live, then we decide to go in and record the track. It’s a song that talks about and deals with relationships. We can all identify with that.

GET UP GET READY

As soon as we started playing the riff, we all just looked at each other and knew that this was going to be a winner. „Get Up Get Ready“ reflects on what everyone should do: Getting up, getting ready for life and enjoying every moment.

The music was written as part of the 16 tracks we wrote prior to recording the album. It was actually the last song we recorded. We were running out of time and then John came into the studio with the lyrics and it just became one of my favorite songs. It deals with the current state of the world and how we can all make a difference – beginning with ourselves.

We were actually in the writing process when John Corabi just played a demo that he was working on with a friend of his. Once we heard it, we all just looked at each other and we knew right away that we had to record this track. Again, this is one of my favorite tracks and once we started to work on it, it just grew into what it is now. We totally knew that this track would make the album. The song has a very Beatles feel to it and we all really like them so we knew that it was going to be a great song.

This is a song that I’ve had for quite a few years. It’s inspired and influenced by Deep Purple of which I am a fan. I had a rough demo and we took it and made it into the song that it is now. It’s about life and how people should seize the moment and make the most ot their time.

This is a cover song of the sensational Alex Harvey band. When we first met John Corabi, he had actually been listening to the track at a dinner. We decided to play the track live in Cuba for the first time and when we did so, the whole crowd went bananas and we just felt that we could capture the energy and the spirit of the song in the studio.

DEVIL OUT OF TIME

Once Richard Fortus played the riff, it stuck in our heads and we just got into the track at the studio and started to work off that riff. The song developed very quickly and just came to life like most punk songs do. You need to listen to the lyrics!

This song has been around for a while and we had been playing it live. We had a demo of it and once we played and heard the track, we thought this would be relelavant to what is going on in the world today. Part of the lyrics are about stopping the war. We need to let love shine. Peace!