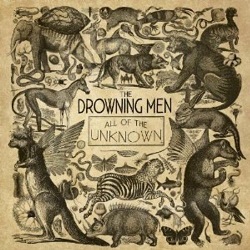 LOST IN A LULLABY

I wrote this song on the mandolin and when I showed it to the boys in the band we decided that the mandolin should stay in the song. Lyrically, it’s roughly about a relationship between two lovers who have both gave it their all as well as been guilty of hurting each other and the realization of the end of their time together.

I wrote this on the piano first and than I moved quickly to the guitar and came up with the intro. Lyrically it’s about forgiveness.

BORED IN A BELLY

I worked on this song for a long time before I showed it to the boys. I constantly played it on the piano over and over again until I felt it was right. Our producer Billy Mohler helped me find the bridge. Lyrically it’s about being alone too much in your room and thinking too much about nothing that really matters.

This started off as a folk song that I was playing a lot on my own with the guitar. Lyrically it’s about living in the moment and following your heart and passions.

This song is about knowing who who follow. There’s a lot of wolves out there wearing a sheepskin coat.

I AM THE BEGGAR MAN

This is one of my favorite songs on the album. I use to have an old Hammond organ with a Leslie speaker. I wrote most of this song on it. Lyrically it’s about a man pleading to miss fortuna for another chance in life. He’s very sad and upset that what he once had is no longer with him.

LIFE IN A WILLOW TREE

I wrote this on the piano from beginning to end. I’m a big fan of the waltz. The lyrics in this song are about a man seeing and knowing that his love is leaving him .

This song is about loving someone unconditionally . It was written on a Wurlitzer organ.

I’ve never understood why we as humans gave, and still give power to those just because of their bloodline. This is what this song is about.

I wrote this in one day on the piano, Lyrics and all. I guess I was longing for another world that day.